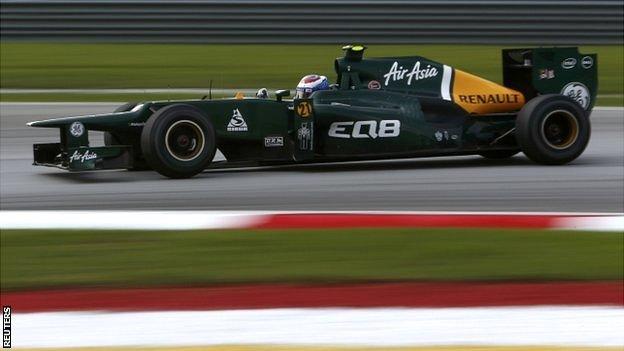 Malaysian businessman Tony Fernandes rebranded his team as Caterham for the 2012 season after competing as Lotus Racing in its debut season and then Team Lotus in 2011.

The Norfolk-based team was one of three new outfits to join the sport and signed up former grand prix winners Heikki Kovalainen and Jarno Trulli for their debut season.

The team were comfortably the best of the three new teams, but rarely provided a challenge for the established outfits.

The following year, Fernandes signed a deal with Red Bull Technology to use their gearboxes and hydraulics and, with a Renault engine, an improved chassis saw them close the gap to the midfield.

In 2012, Fernandes bought the Caterham brand and renamed his team. The team are starting to challenge the back of the midfield pack, but points remain elusive.