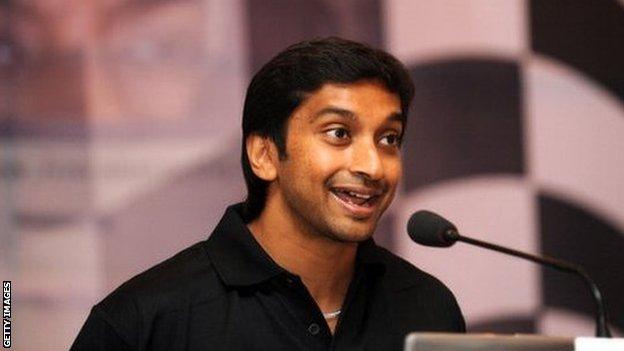 The Spanish team announced the appointment on Friday, giving the 35-year-old a second year with the team.

"Of the eight grands prix he contested in 2011, he only failed to finish on one occasion and had a great performance in the last race he took part in."

HRT, a team based in Murcia in south-east Spain, are under new ownership for the forthcoming season and have a new technical co-ordinator in Jacky Eeckelaert.

Karthikeyan expressed his delight at securing a drive for 2012. "It has taken a lot of hard work to make this happen but I am absolutely elated to feature on the 2012 grid with HRT," he commented.

"I was pleased with our strong performance at the Indian Grand Prix in front of my passionate home fans, and I look forward to building on this result this year.

"With the new management, Pedro, and the team, there is definite potential for progress."