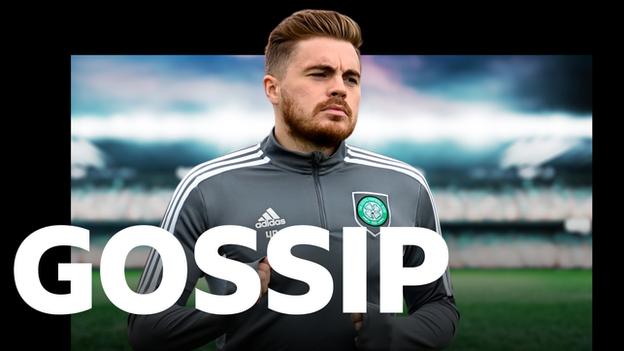 Long-serving Celtic winger James Forrest still has a role to play at the club, despite having limited game time of late, says manager Ange Postecoglou. (Sun)

Postecoglou believes plastic pitches are not good for supporters as he prepares to take Celtic to face Kilmarnock on the artificial surface at Rugby Park. (Record)

PSV Eindhoven warmed up for their Champions League play-off first leg with Rangers on Tuesday by beating Go Ahead Eagles 5-2. (Record)

Van Bronckhorst is unlikely to select strikers Antonio Colak and Alfredo Morelos together in the same starting line-up at Rangers. (Sun)

Former Dundee United head coach Tam Courts has met with 20 Honved Ultras to plead for patience after a difficult start to his spell in Hungary. (Record)

Heart of Midlothian summer signing Alan Forrest previously had the chance to join Dundee United but the winger insists a move to Tynecastle was the "main one for me". (Scotsman - subscription required)

Forrest has leaned on the experience of brother James, of Celtic, as he prepares to enter the European arena with Hearts. (Herald - subscription required) 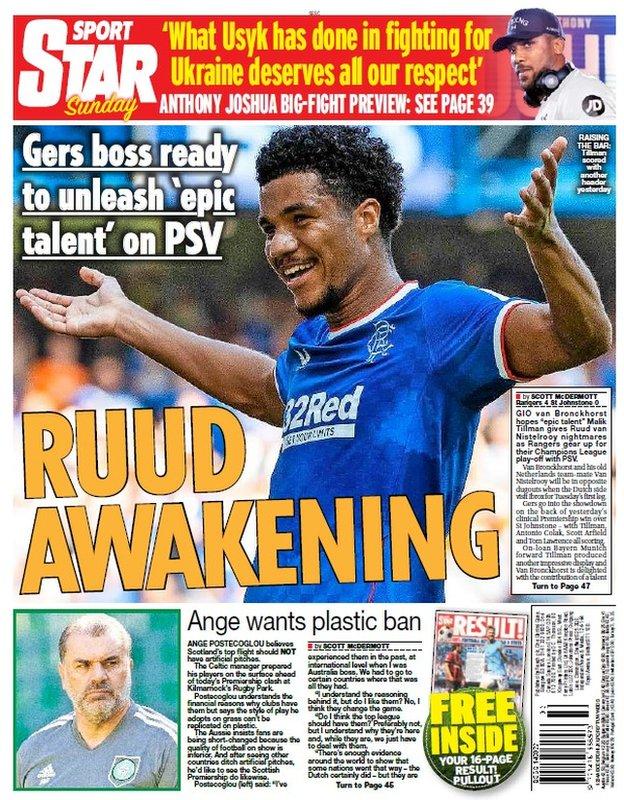