The Women's Euro 2022 Championship gets under way on 6 July when hosts England take on Austria in the first of 31 matches.

Sixteen teams will take part in the games at 10 venues across England - just the second time the country has hosted the whole tournament.

When England staged the event in 2005, matches were only held at North West venues - but which stadiums are being used this time around? 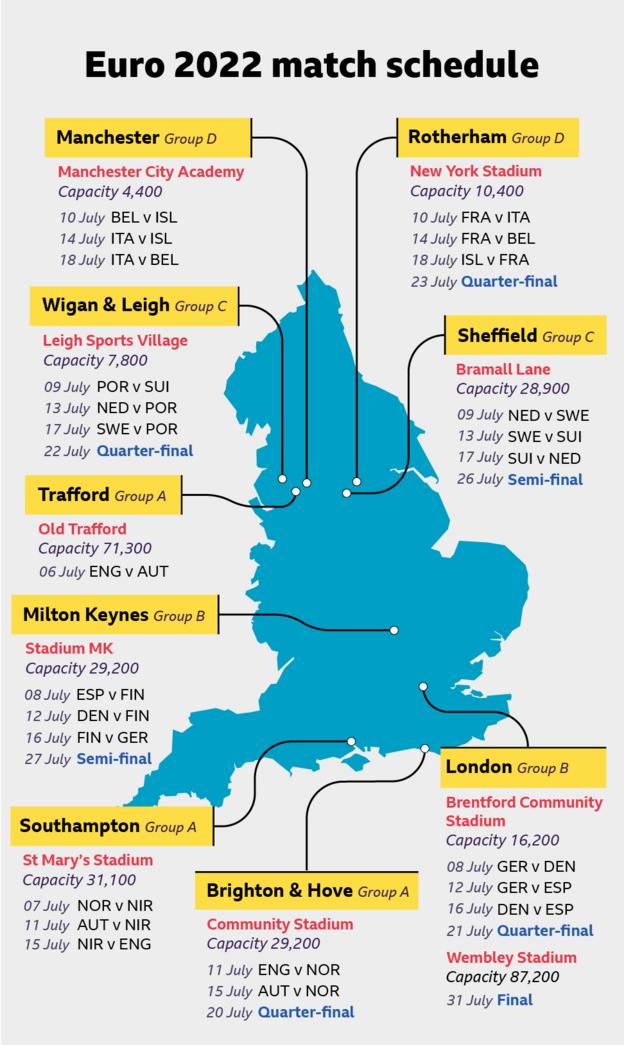