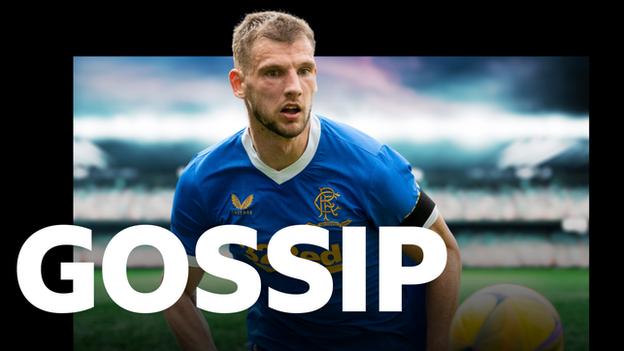 Turkish club Trabzonspor are ready to step up their pursuit of Rangers left-back Borna Barisic amid rival interest from an unnamed Serie A outfit. (Daily Record)

Head coach Steve Clarke was angered after bottles were thrown on to the pitch during Scotland's 4-1 win in Armenia. (Record)

Scotland captain for the night John McGinn says he was headbutted by Armenia's Arman Hovhannisyan, who was sent off. (Sun)

Midfielder Luca Connell has announced his departure from Celtic on social media. (Sun)

Rangers have reportedly entered into talks with striker Alfredo Morelos about a new contract. (Sun)

Joe Aribo did not make it off the bench in Nigeria's 10-0 win over Sao Tome and Principe, but the Rangers midfielder still ended season 2021-22 as the world's most used top-flight player with 70 appearances. (Record)

Liverpool have work to do to meet Aberdeen's valuation of right-back Calvin Ramsay.(Press and Journal - subscription required) 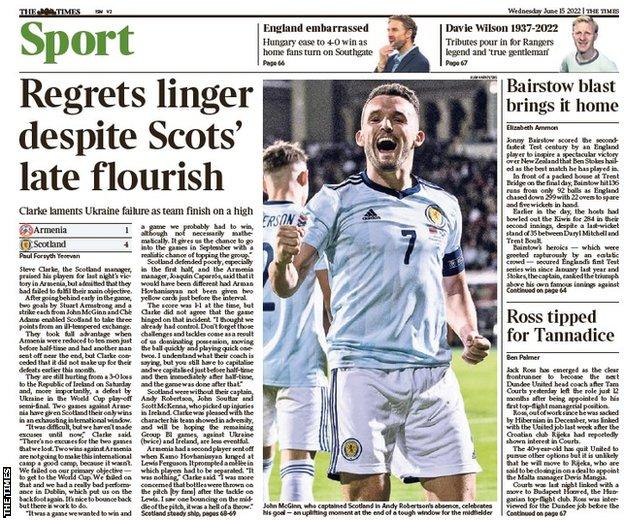