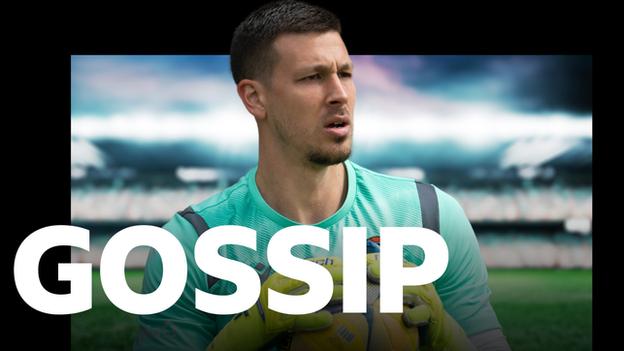 Celtic have made contact with the representatives of goalkeeper Benjamin Siegrist, who is out of contract following four years at Dundee United. (Record)

Defender Leon King wants to be "pushing" for a Rangers first-team place next season and is excited to have more opportunities to play with Connor Goldson, who recently signed a new contract. (Sun)

Alex Rae says Rangers' upcoming summer friendly with Sunderland is a good chance for Ibrox manager Giovanni van Bronckhorst to assess Black Cats striker Ross Stewart, who has been linked with a move to Glasgow. Rae played for both clubs. (Record)

Rangers are not interested in signing Stoke City left-back Josh Tymon, despite reports to the contrary. (Herald - subscription required) 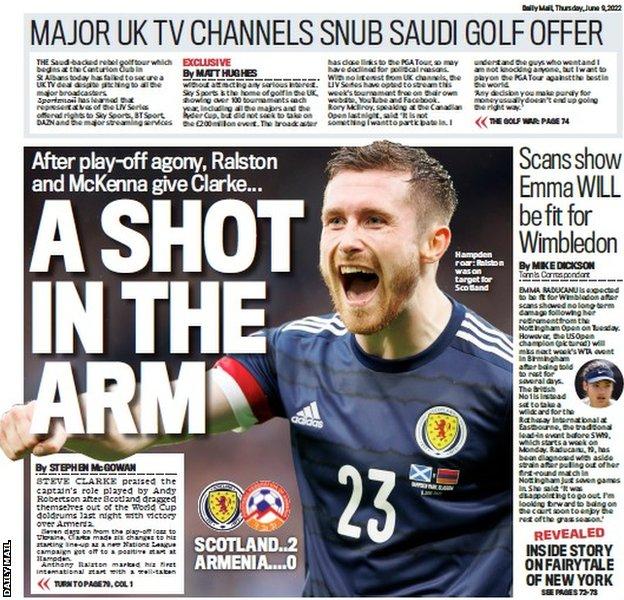 Aberdeen are prepared to wait for their valuation to be met as Liverpool pursue a deal to sign Pittodrie right-back Calvin Ramsay, 18. (Press and Journal - subscription required)

Meanwhile, Aberdeen may be forced to wait in their pursuit of Celtic defender Liam Scales as the Glasgow club try to get other players back from injury. (Record)

A return to Heart of Midlothian for forward Ellis Simms is unlikely, says manager Robbie Neilson after the striker spent the second half of last season on loan from Everton. (Express) 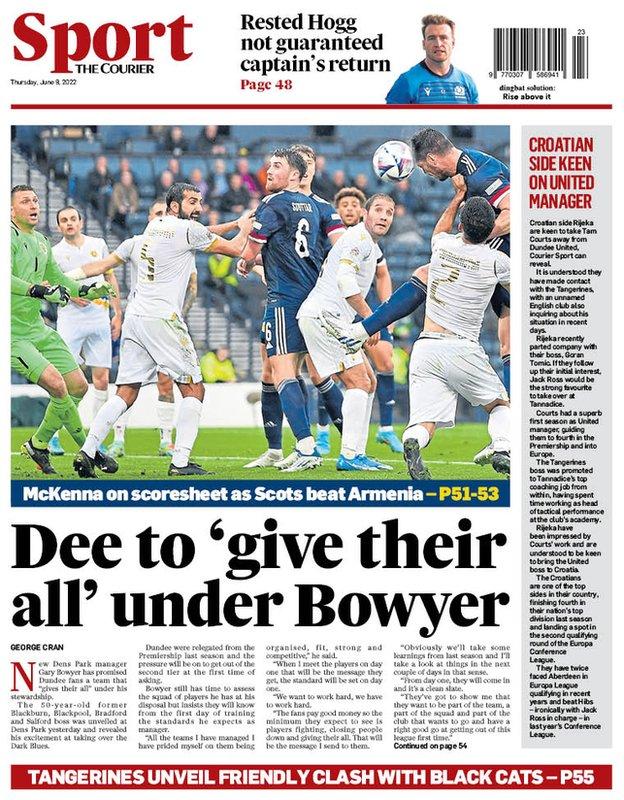 Clarke urges Scotland to go on another long unbeaten run after getting back to winning ways on Wednesday. (Press and Journal - subscription required)

Meanwhile, Rangers goalkeeper Robby McCrorie is expected to be called up to the Scotland senior squad for Saturday's Nations League match with Republic of Ireland.(Sun) 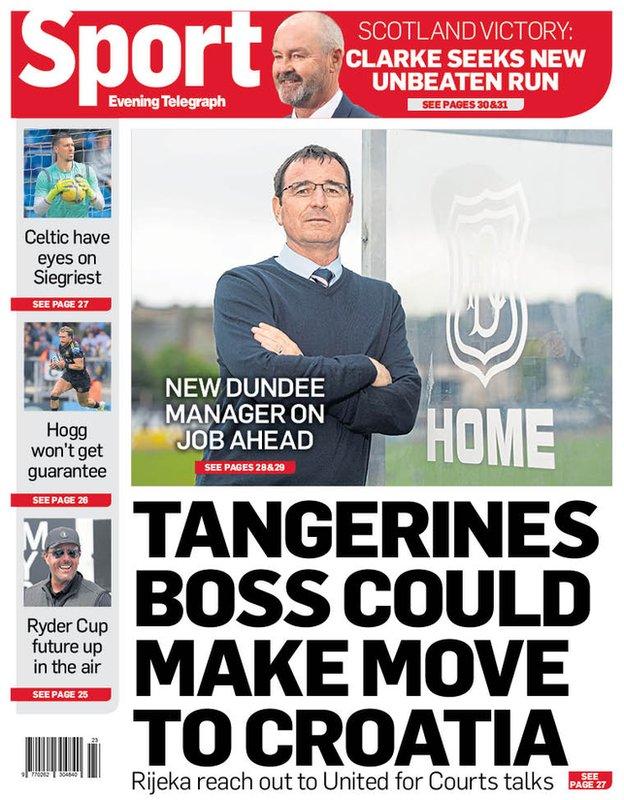