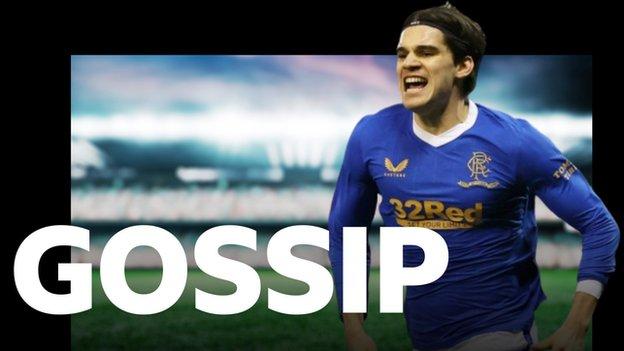 Rangers are expected to reject an improved £6m offer from Galatasaray for Ianis Hagi, who was also the subject of Roma interest before injury cut short his season, with the Ibrox club viewing the 23-year-old midfielder as a key player, according to Romanian outlet Sport.ro. (Daily Record)

Nottingham Forest, newly promoted to the Premier League, are ready to step up their bid to sign Rangers centre-half Connor Goldson, with the 29-year-old out of contract this summer. (Scottish Sun)

Connor Goldson has hinted that his Rangers career is over with an end-of-season social media message in which the 29-year-old centre-half talks about memories that will stay with him forever. (The Herald)

Aston Villa are considering a move for 19-year-old Bologna and Scotland left-back Aaron Hickey as an alternative to being caught up in a bidding war for Rangers 22-year-old Calvin Bassey. (Daily Record)

Niko Katic will return to Rangers this summer to fight for his Ibrox future after Hajduk Split did not take up an option to buy following the 25-year-old centre-half's loan spell. (Scottish Daily Express)

Juventus could face a tough task of offloading Aaron Ramsey this summer following the 31-year-old's disappointing loan spell with Rangers as the Wales midfielder and his agent are looking for "severance pay" to cut short a contract that expires in 2023 and the Serie A club looking to avoid a £12m pay-out, according to a report in Italy. (Daily Record)

Northern Ireland manager Ian Baraclough wants to see captain Steven Davis sign a new contract at Rangers and believes the 37-year-old midfielder can keep going for another two or three seasons. (The Herald)

Celtic and defender Osaze Urhoghide are still waiting to learn if Oostende wish to follow their example with Jack Hendry and make the 21-year-old a permanent signing after his successful loan spell in the Belgian top flight. (Daily Record)

Bournemouth winger Siriki Dembele, who had been linked with Celtic and Rangers before his January switch from Peterborough United, believes he is destined to become teammates with his younger brother, Karamoko, with the 19-year-old midfielder's future at Celtic Park uncertain with his contract ending this summer. (Bournemouth Echo)

Former Hearts and St Mirren forward Esmael Goncalves, the 30-year-old who has been with Sheikh Russel in Bangladesh, is a target for Livingston. (The Scotsman)

Drey Wright is on his way out of Hibernian as he is not part of the new manager Lee Johnson's plans and the 27-year-old winger is on the lookout for a new club. (The Herald)

Hibs have agreed terms for Jamie McAllister, who was Lee Johnson's assistant at Bristol City and Sunderland, to join his former colleague at Easter Road. (The Scotsman)

Dundee are relaxed over their pursuit of Shaun Maloney as talks continue with their first choice as manager. (The Courier)

Experienced Dutch referee Danny Makkelie, the 39-year-old who has handled big games like the 2020 Europa League final between Inter Milan and Sevilla, will take charge of Scotland's crucial World Cup play-off semi-final against Ukraine on Wednesday. (The National)

Tom Rogic, who left Celtic this summer, has pulled out of Australia's squad for a friendly with Jordan and their crucial World Cup play-off against UAE, with the 29-year-old midfielder citing personal reasons. (Glasgow Evening Times)

Jason Cummings, the striker now with Central Coast Mariners and who has two Scotland caps, has has held talks on his international future with Australia manager Graham Arnold after being left out of the squad to face Jordan and UAE. (The Herald) 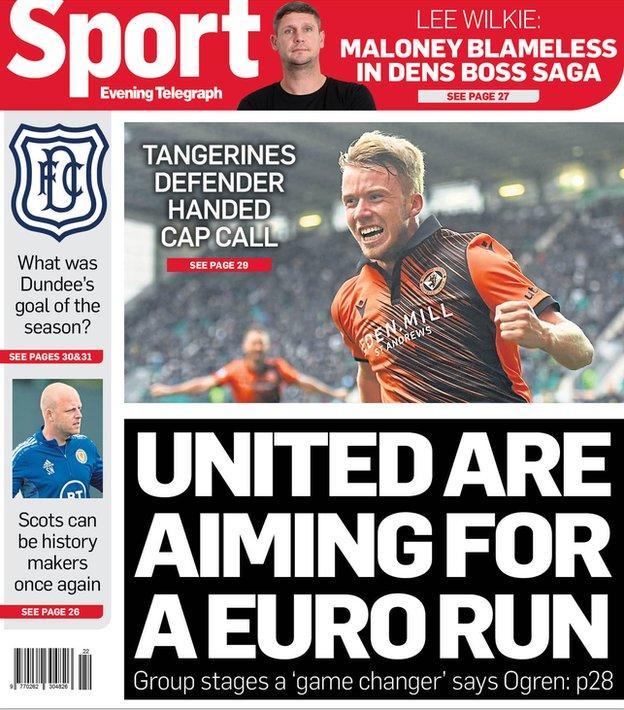 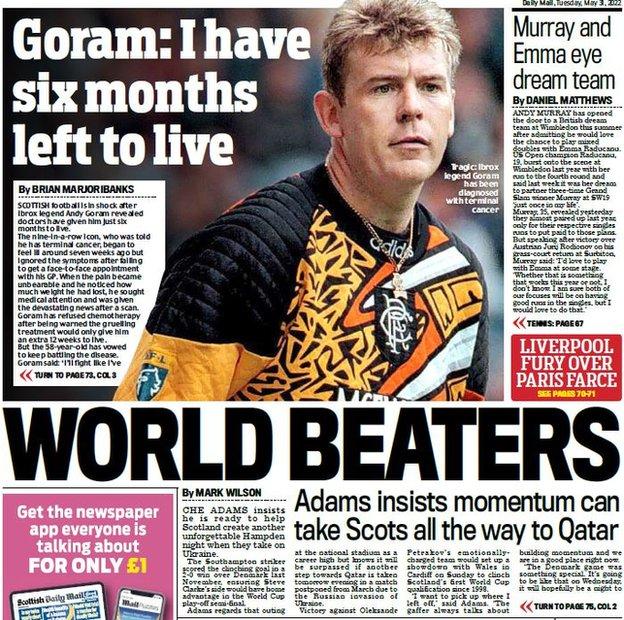 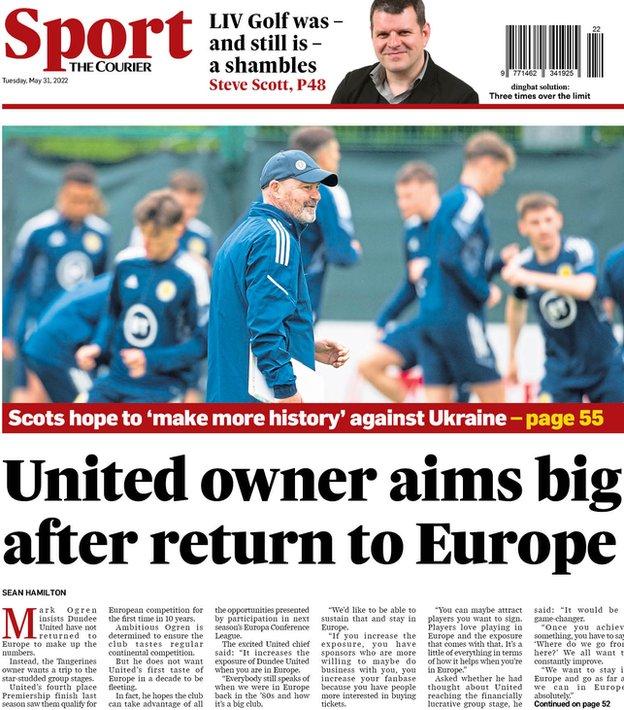