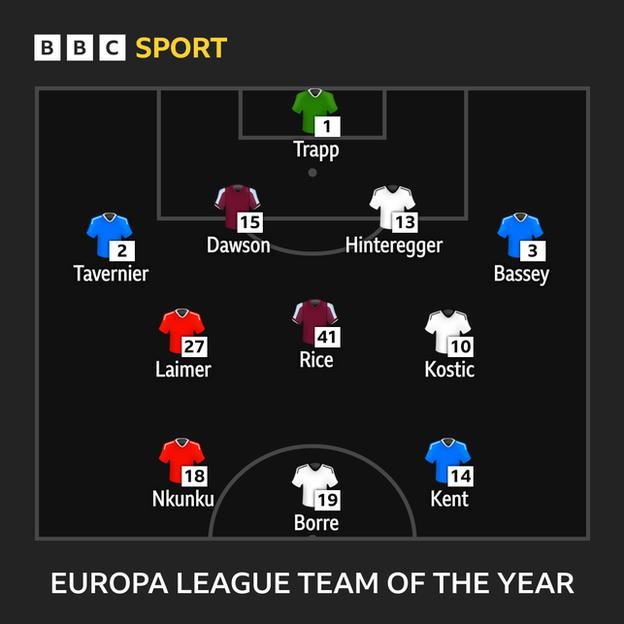 But Eintracht Frankfurt have four after Wednesday's penalty shootout win over the Glasgow side in Seville.

Kevin Trapp, whose spot-kick save from Aaron Ramsey proved crucial, is named along with Rafael Santos Borre, whose goal cancelled out Joe Aribo's opener.

Although midfielder Aribo does not make Uefa's selection, Bassey and captain Tavernier, who was the tournament's top scorer with seven goals, are in defence with Ryan Kent on the wing.

David Moyes' West Ham United, who lost to Eintracht in the semi-final, have two of their players included - defender Craig Dawson and midfielder Declan Rice.

The other players involved are Leipzig pair Konrad Laimer and Christopher Nkunku.