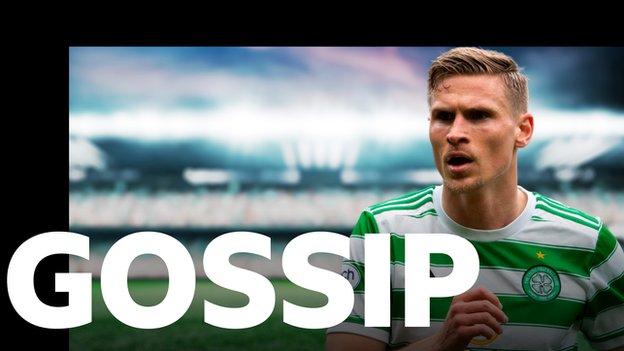 Carl Starfelt insists Celtic won't stand still as they look to build on a brilliant first year under Ange Postecoglou, with the defender saying the Champions League group stage is "just the start". (Daily Record)

Former Ibrox manager Graeme Souness reckons it will be Rangers' greatest achievement if they win the Europa League - but he's disappointed that the whole country will not be cheering them on. (Daily Express)

Rangers players must "feel the stress" of their first European final since 2008 and embrace it, says Dutch legend Ruud Gullit. (Times, subscription required)

Frankfurt star Daichi Kamada has heaped praise on Rangers and insists the Ibrox side have the ability to seriously "hurt" his side. (Football Scotland)

Hibernian coach David Gray hopes to remain at the club under the new incoming manager after ending the season in his second interim period in charge. (Scotsman, subscription required)

Hearts defender Craig Halkett reveals he has been working out in an extreme environment chamber in order to recover from an ankle injury in time for the Scottish Cup final. (Daily Record)

Former Aberdeen hero Willie Miller reckons club chairman Dave Cormack has got too many of the big calls wrong and needs to learn lessons from this shambolic campaign. (Scottish Sun)

Charlie Kirkwood was the team's 12-year-old kit boy when Bonnyrigg Rose won their first of their two Scottish Junior Cups in 1966. The chairman's lifelong journey with his home-town club has now reached the senior ranks of the SPFL, a destination he never dreamed possible. (Edinburgh Evening News, subscription required) 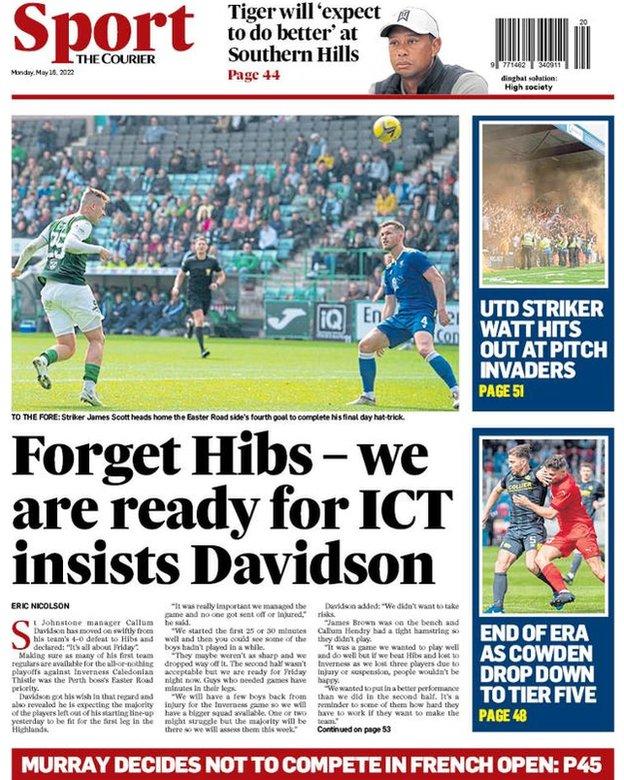