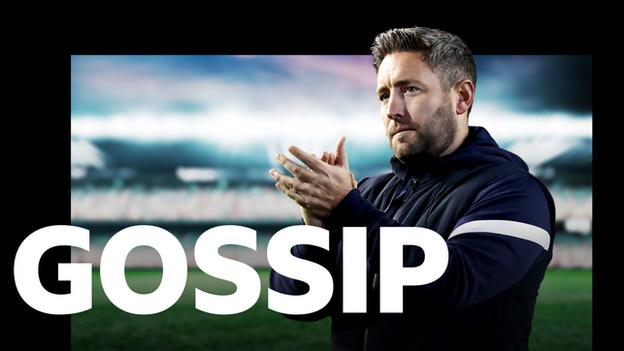 Hibernian are in advanced talks with Lee Johnson as they look to finalise a deal for their prospective new manager. (Record)

Ange Postecoglou is to have talks over a new contract after leading Celtic to a league and League Cup double in his first season as manager. (Record)

Captain Callum McGregor believes Celtic will have to be even better to defend their Scottish Premiership title. (Sun)

Tom Rogic's throwback post on social media leads to speculation he may be leaving Celtic. (Record) 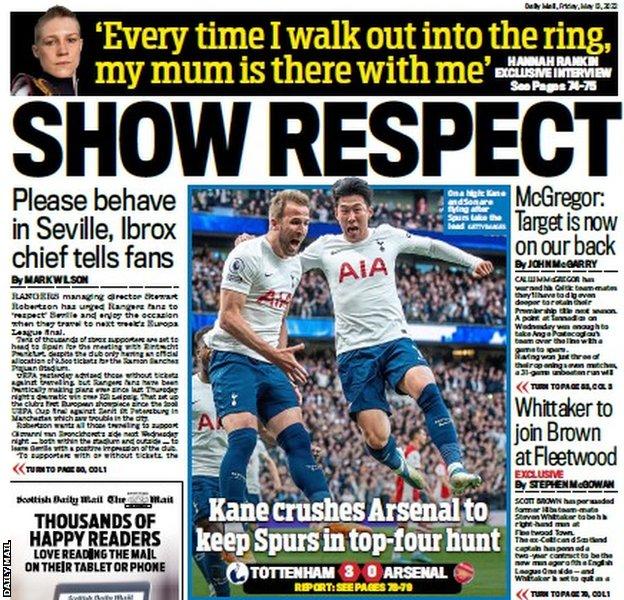 Rangers have earned more money from their run to the Europa League final than they would have reaching the group stages of the Champions League this season, says managing director Stewart Robertson. (Sun)

Forward Kemar Roofe is training on his own as he seeks to regain fitness for Rangers' meeting with Frankfurt in Seville on Wednesday. (Scotsman - subscription required) 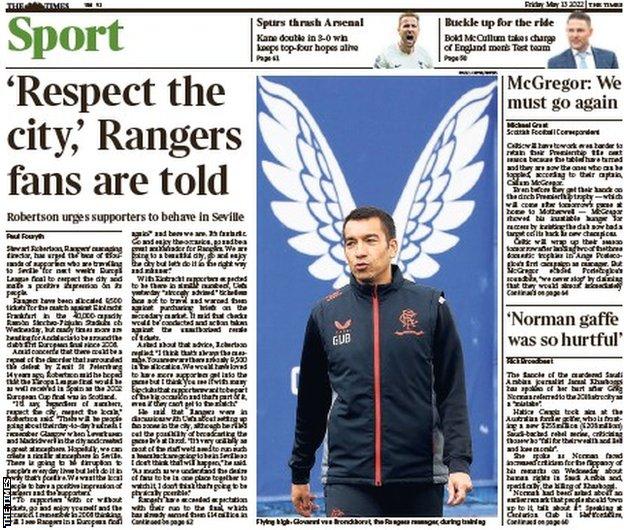 Hearts right-back Michael Smith, who returned from injury against Motherwell on Wednesday, reveals a family trip to a trampoline park left him fearing his career would be over. (Scotsman - subscription required)

Lewis Ferguson hints he could be ready to leave Aberdeen this summer. (Herald - subscription required)

Gordon Strachan is expected to move into a director of football-type role at Dundee and lead the club's search for a new manager. (Courier - subscription required) 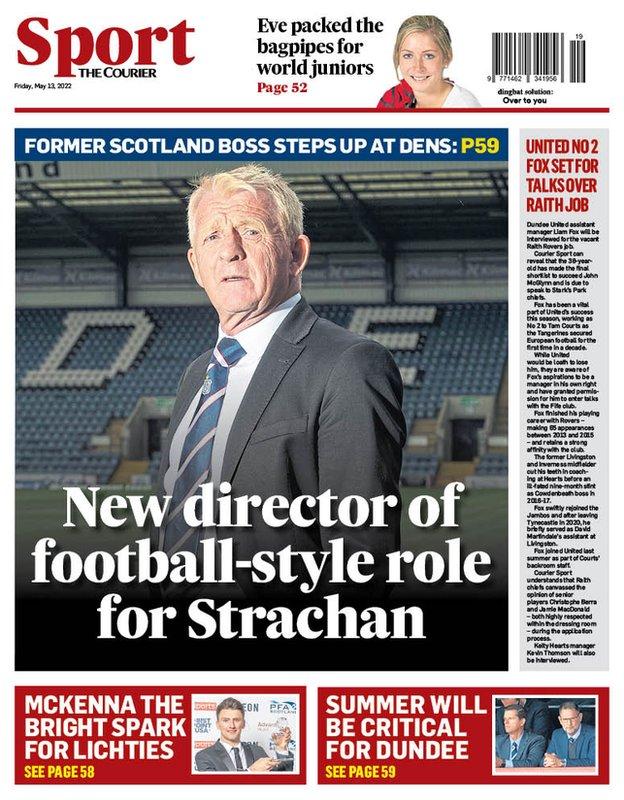