Kemar Roofe is winning his battle to be fit for Rangers' Europa League semi-final second leg against Leipzig, with the German side leading the tie 1-0. (Sun)

Rangers manager Giovanni van Bronckhorst calls on the club's support to create a memorable night against Leipzig at Ibrox on Thursday. (Record)

Reaching the Europa League final would be as big as winning the Scottish Premiership for Rangers, says former Celtic and Scotland forward Charlie Nicholas. (Express)

Tony Mowbray could return to Hibernian as manager, with the ex-Celtic boss expected to leave Blackburn Rovers at the end of the season. (Sun) 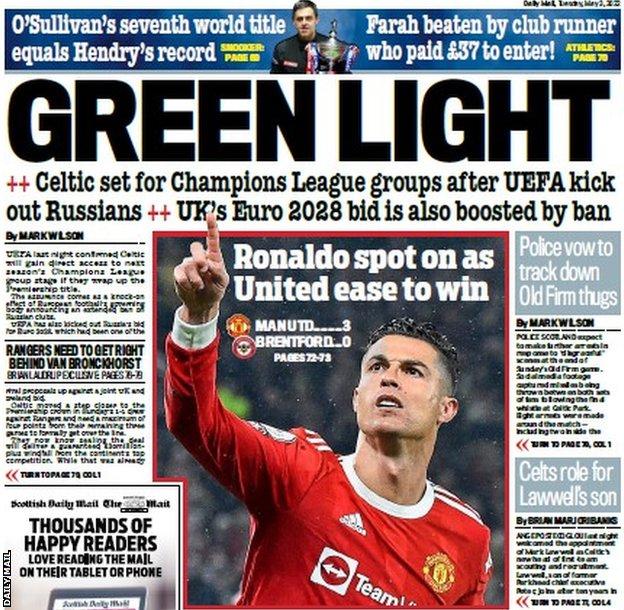 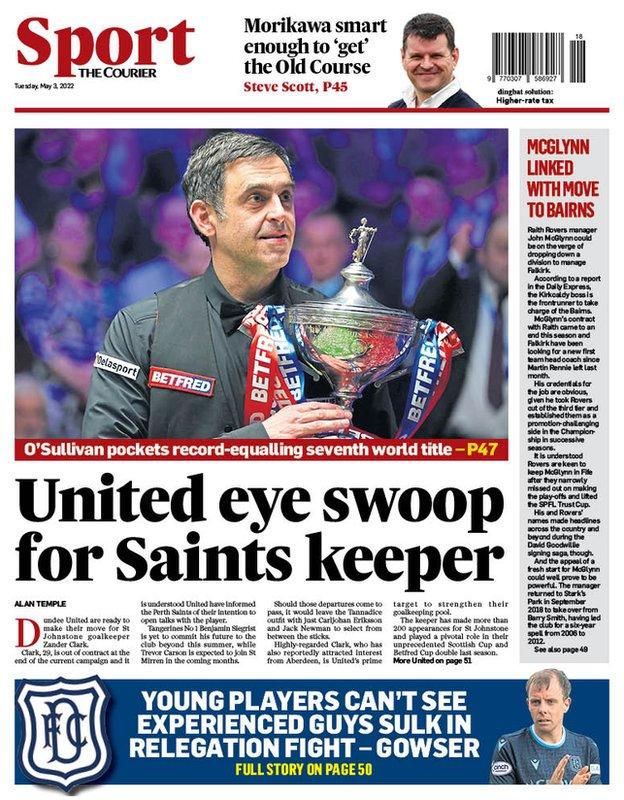 Aberdeen's Calvin Ramsay is one of the world's best full-backs, says his manager Jim Goodwin. (Press and Journal - subscription required)