Amad Diallo's future at Manchester United is hanging in the balance following the appointment of new manager Erik Ten Hag and the 19-year-old winger's failure to make an impact with Rangers, with the Dutch coach keen to make swift decisions over a number players out on loan. (Scottish Daily Express)

Everton have joined Tottenham Hotspur in the race to sign 29-year-old England goalkeeper Sam Johnstone, who is also of interest to Rangers as he reaches the end of his West Bromwich Albion contract this summer. (Mirror)

Winger Ben Doak, who has tasted first-team football with Celtic this season at the age of 16, has revealed that he has signed for Liverpool. (Scottish Sun)

Aston Villa manager Steven Gerrard admits he left Rangers frustrated about a lack of desire to "go again" in the transfer market when it came to retaining their Premiership title. (The Overlap)

Aberdeen manager Jim Goodwin is targeting five summer transfers but admits that his side are not yet safe from relegation trouble in the Scottish Premiership. (Daily Record)

Arbroath manager Dick Campbell, whose side visit Scottish Championship leaders Kilmarnock in a potential title decider, insists his club will remain part-time if they gain promotion to the top flight. (The Herald)

Rangers have received a major injury boost with Aaron Ramsey's injury worries reportedly "nowhere near as bad as first feared" after it was feared that the on-loan Juventus midfielder's season could be over. (The National)

Heart of Midlothian manager Robbie Neilson is planning to play John Souttar in the Scottish Cup final against Rangers despite the defender's pending summer switch to Ibrox and hopes that fellow centre-half Craig Halkett will also recover from injury to play at Hampden Park on 21 May. (Edinburgh Evening News)

Newcastle United full-back Matt Targett could be in line for a Scotland call-up for June's crunch World Cup play-off semi-final against Ukraine, with the England-born 26-year-old qualifying to play through his grandfather. (Chronicle) 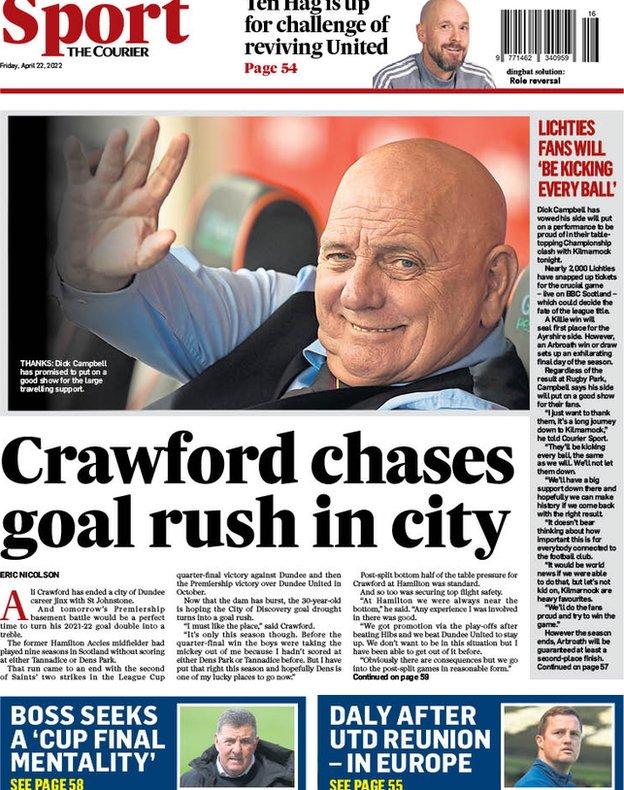 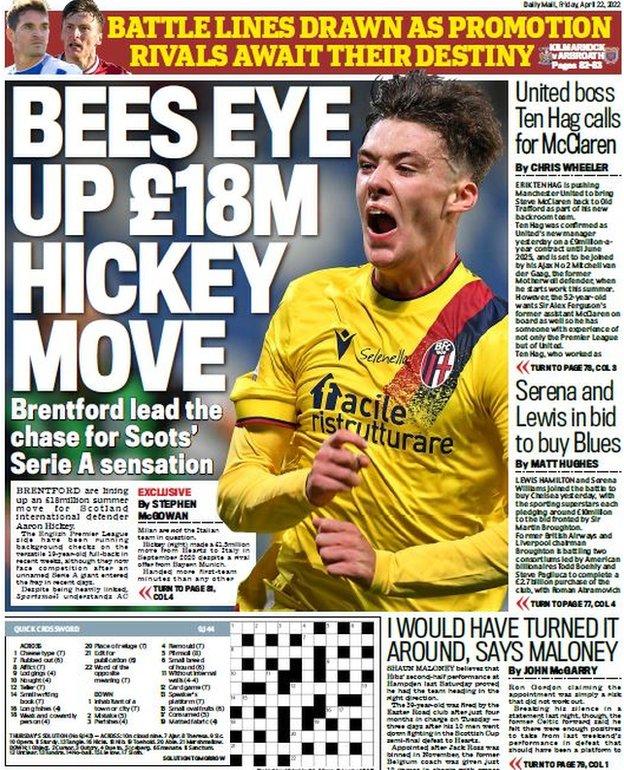 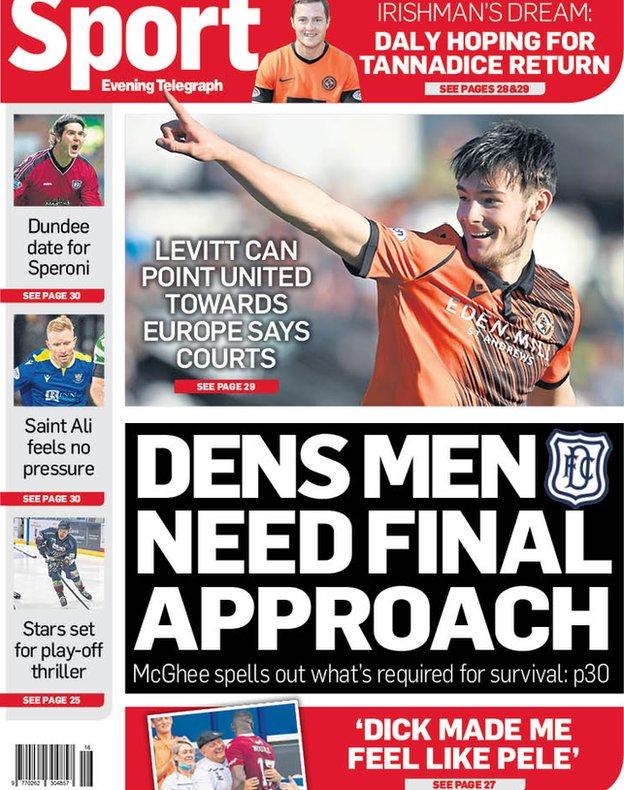