Liverpool are the latest club to consider a bid for Calvin Ramsay, with the English Premier League outfit viewing the Aberdeen 18-year-old as back-up for England right-back Trent John Alexander-Arnold. (Press & Journal)

Rangers centre-half Connor Goldson took to social media to suggest that his performance in Sunday's Scottish Cup semi-final win over Celtic proves wrong those who suggest he has "lost my hunger" with the 29-year-old out of contract this summer. (Scottish Sun)

Rangers manager Giovanni van Bronckhorst has revealed that Aaron Ramsey was forced off before half-time against Celtic on Sunday with a hamstring problem amid concerns that the on-loan Juventus midfielder could miss vital matches, including the Europa League semi-final against RB Leipzig. (The Scotsman)

Heart of Midlothian centre-half Craig Halkett, who was forced off during Saturday's Scottish Cup win over Hibernian, faces a scan on his injured ankle amid concerns he could miss the remainder of the season, including the final against Rangers. (The Scotsman)

Rangers striker Fashion Sakala has insisted he scored the winning goal in Sunday's Scottish Cup semi-final that looked to have been diverted into his own net by Celtic centre-half Carl Starfelt. (The Herald)

Referee Bobby Madden took to Instagram following Sunday's Scottish Cup semi-final to wish his followers a Happy Easter as he responded to criticism by some pundits of his performance. (Scottish Sun)

Rangers centre-half Connor Goldson has confessed that he did not hear a word of manager Giovanni van Bronckhorst's extra-time pep talk at Hampden Park on Sunday against Celtic because he was too busy slugging Lucozade and energy gels. (The National)

Hearts goalkeeper Craig Gordon has sent Rangers an "underdogs can win" warning ahead of the forthcoming Scottish Cup final between the clubs. (Daily Record) 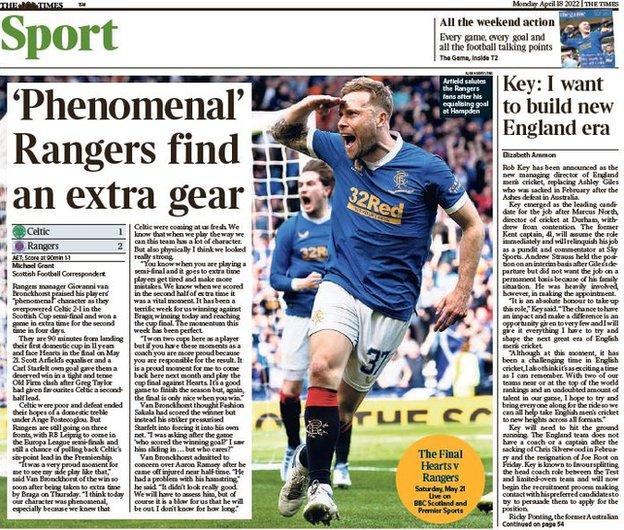 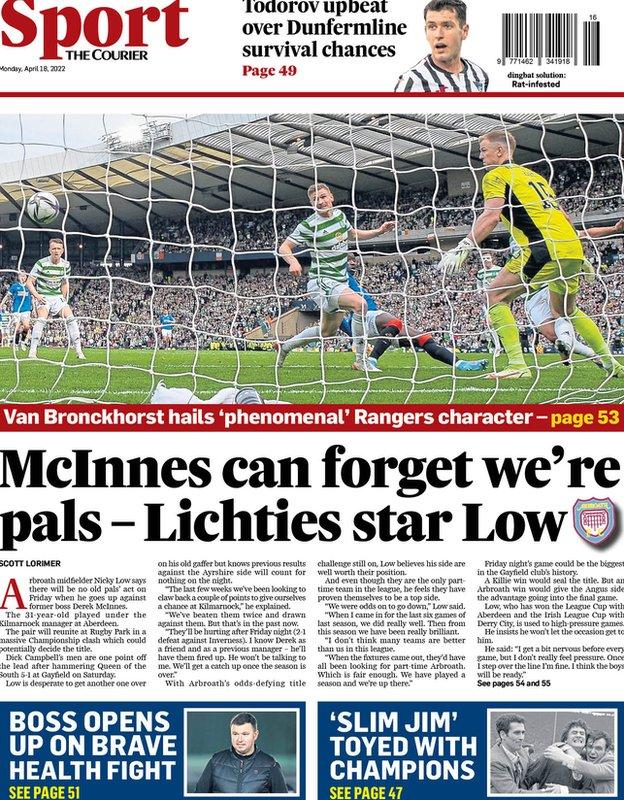