Paris St-Germain fans booed their own players despite cruising to victory over Bordeaux in Ligue 1.

Neymar and Lionel Messi were among the players booed after PSG were knocked out of the Champions League by Real Madrid on Wednesday.

Kylian Mbappe opened the scoring at the Parc des Princes, before Neymar doubled the hosts' lead after the break.

Leandro Paredes added a third as PSG stretched their lead at the top of the table to 15 points.

Mauricio Pochettino's players were met by a cold reception as they took to the field following their exit from the Champions League.

It follows calls by some fans for club president Nasser Al-Khelaifi and sporting director Leonardo to resign.

Pochettino's side can now only win Ligue 1 this season and the Argentine said he was sad about the atmosphere at the game.

"No-one who loves PSG, its colours, and who feels the frustration of elimination, can experience it in any other way," he said.

"Sadness. I think that's the right word. The sadness of experiencing an afternoon like this here at the Parc des Princes.

"Messi and Neymar? We are all affected, we understand the disappointment and frustration, which we also share. But we are responsible. We only have to assume it as a team and we will be united until the end."

Centre-back Presnel Kimpembe added: "We understand their disappointment and their hatred but we have to move forward to lift our heads up and win the Ligue 1 title.

"We're all at fault, we're a team. It's time to show that we have character and stick together."

Neymar and Messi's former Barcelona team-mates Luis Suarez and Cesc Fabregas have since both posted messages of support for the pair on their social media platforms. 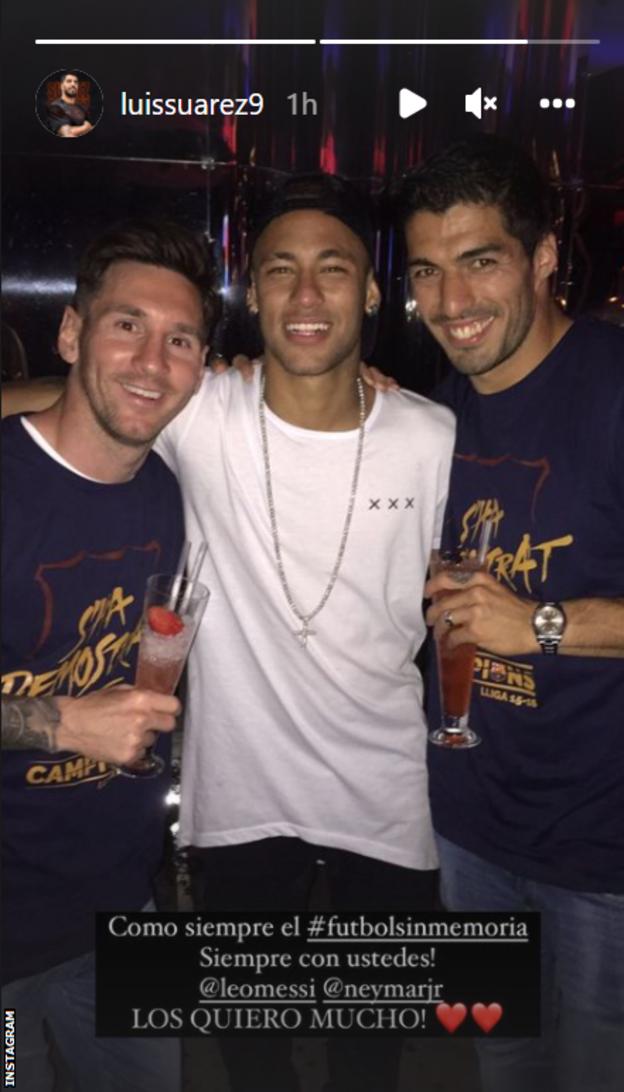