It is the stuff of management dreams - a blank cheque to build the most exciting young starting XI in world football.

But that is exactly what new BBC Sounds podcast Wunderkids is offering, in fantasy form at least, over its 11 episodes. The first five episodes are available to listen to now.

The Wunderkids team, in conjunction with BBC Sport, have come up with 11 players - and presenter Steve Crossman will be joined by experts to discuss the latest inclusion, with one new player revealed each week.

Ghana international Kamaldeen Sulemana began his career in his country with the Right to Dream Academy before joining Danish top-flight side FC Nordsjaelland in February 2020, signing his contract on his 18th birthday.

He made his international debut later that year and during his spell in Denmark was voted the Superliga Player of the Month in April 2021, before joining French side Rennes last summer in a transfer worth more than £16.5m.

Sulemana, a 20-year-old pacy and skilful left-winger, scored after only 14 minutes of his competitive debut for Rennes - a 1-1 draw with Lens - and has been an integral part of their side that are pushing for Champions League qualification and reached the last 16 of the Europa Conference League.

What does the expert say?

"If you like [Paris St-Germain and France forward] Kylian Mbappe, you like Kamaldeen. If you've not seen Kamaldeen, think of Mbappe but someone who is not as refined.

"He is raw and Rennes was one of the best places for him to go and, like Mbappe got at Monaco, he needs a year or two at Rennes or a team that is slightly above them to give him the shelter he needs.

"He's got about four signature moves that you know are coming, but cannot stop.

"I didn't see him in the Right to Dream days, I first saw him in his Nordsjaelland days, and he has the ball and within two seconds he accelerates and he's gone. If you're behind Kamaldeen, just call it quits.

"The world is his oyster and it is whether he can convert chances to become a top-level player.

"Players who showed potential and were not as skilled as Kamaldeen, like [Manchester City and England winger] Raheem Sterling, have been able to play at the top with the coaching of someone like Pep Guardiola.

What does the fan say?

"Kamaldeen is such a special talent. He is fast, has a lot of skills and is the type of player that can make a difference at any time.

"We are not surprised he decided to come to Stade Rennais as we're a team that is growing on the European level and a club where young players can play a lot and then go to big clubs like Barcelona, Real Madrid or Borussia Dortmund.

"He scored his first goal in his first match after only 14 minutes and at this moment we knew we had recruited a huge talent." 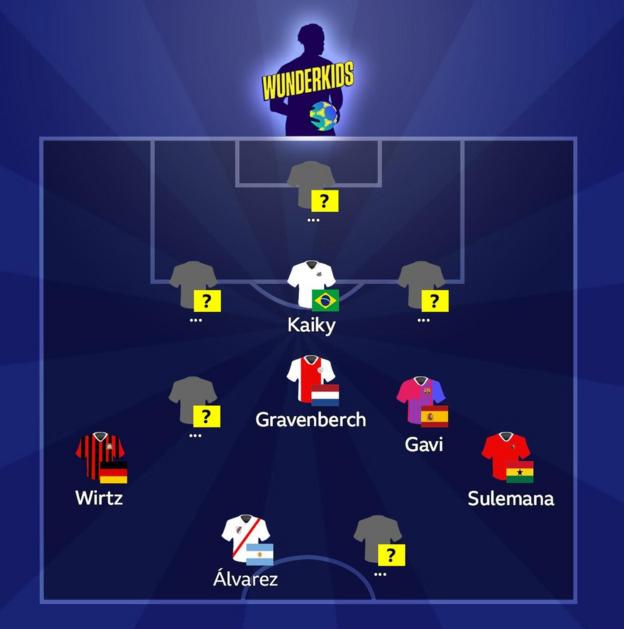