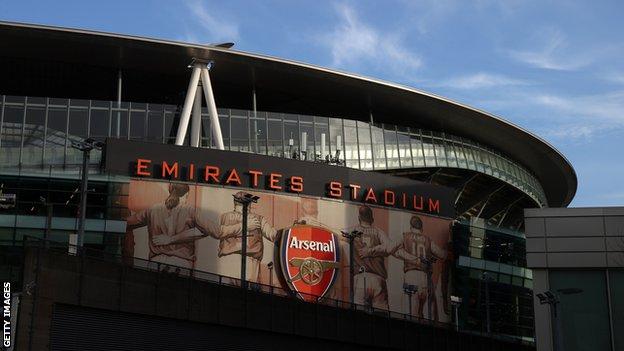 The Football Association is looking into a yellow card received by an Arsenal player in a Premier League match earlier this season following reports of irregular betting patterns.

No details have been revealed over who the player is.

But The Athletic reports that bookmakers contacted the FA after unusual betting patterns were spotted.

An FA spokesperson said: "The FA is aware of the matter in question and is looking into it."

It is understood that the matter is not under formal investigation by the FA.

Spot-betting allows people to place bets on specific details of matches - such as bookings, or the number of corners - rather than the overall outcome of a game.

In April 2018, Lincoln defender Bradley Wood was banned from playing for six years after twice getting intentionally booked during his side's FA Cup run the previous season.

Wood received a five-year ban for match-fixing offences, and a further 12-month suspension after admitting 22 charges of betting on the outcome of matches and one charge of passing on information.