Manchester City are 11 points clear at the top of the Premier League table after the latest round of fixtures.

Newcastle shared the points with a 1-1 draw against Watford in their relegation battle, while Leeds avenged their FA Cup defeat with a 3-2 victory at West Ham and Brighton and Crystal Palace battled to a 1-1 draw in their Friday encounter.

Check out my team of the week and then make your own selections towards the bottom of the article. 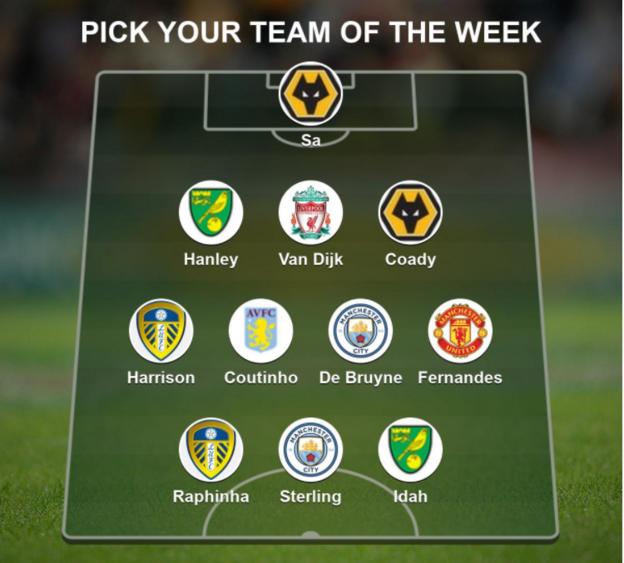 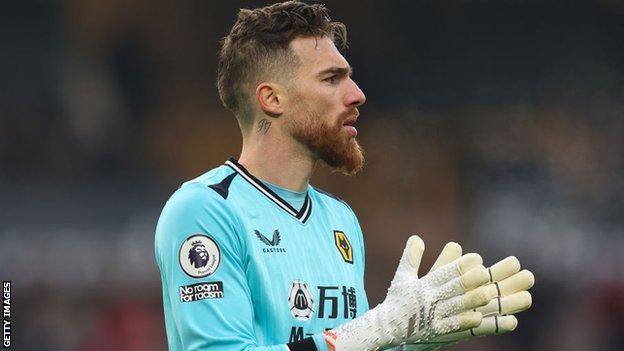 Jose Sa: The Portuguese is at it again. Another stellar performance, this time against Southampton. The dive at the feet of Jan Bednarek was important, as was the save from Romain Perraud. However, it was the point-blank stop from Mohammed Salisu that turned the game in Wolves' favour. Sa's overall command of his penalty area is as good as I've seen from a Premier League goalkeeper. He came out 12 yards to punch a James Ward-Prowse cross and flattened everything in his path. What a contrast to his Saints counterpart Fraser Forster who found himself in no man's land at a crucial time in the game and it cost them dearly.

Did you know? Sa has the best save percentage of any Premier League goalkeeper to make at least 10 saves this season (82%). 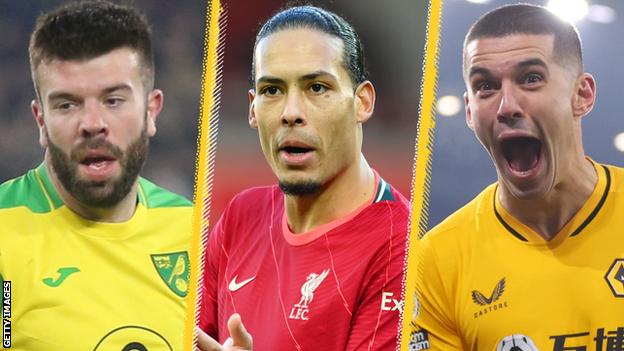 Grant Hanley: The header he cleared when Everton were desperately trying to get back into the match was impressive. However, it was Hanley's tackle on Richarlison which left the Brazilian in a heap, that caught my eye. This was a battling, no nonsense performance by Hanley and a Norwich side who refuse to accept their relegation fate. Everton are in turmoil. They appointed a manager who was never universally accepted by the fans and on a hiding to nothing.

Did you know? Hanley made 12 clearances in Norwich's 2-1 win over Everton, at least twice as many as any other player in the match.

Virgil van Dijk: Liverpool were unlucky not to go one up when van Dijk, a menace in any opposition's penalty area, brought the ball down brilliantly and shot at goal, only to see his effort superbly saved by Alvaro Fernandez. It was Van Dijk's presence in Brentford's box on another set-piece that created the opening for Fabinho to score. It's clear the Netherlands international is a problem for rival defenders, which is just as well because against Arsenal in the Carabao Cup on Thursday - and missing their players on Africa Cup of Nations duty - they look very ordinary.

Did you know? Van Dijk has never ended on the losing side in a home Premier League match with Liverpool (56 games), with only Lee Sharpe at Man Utd (59 games) playing in more home games for a club without losing in Premier League history.

Conor Coady: Wolves are playing some fabulous football but, unlike their start to the season, they are turning performances into results. For the second successive time, Coady makes my team. His performance against Manchester United at Old Trafford was impressive and he is showing the leadership qualities that earned him his England call-up. The free-kick scored by Southampton's James Ward-Prowse against Wolves was outstanding, though. How long are Liverpool going to wait to buy Ward-Prowse? They allowed Georginio Wijnaldum to leave on a free transfer and are struggling in that midfield department. Ward-Prowse would fit like a glove.

Did you know? Coady has scored with both of his shots on target in the Premier League this season. 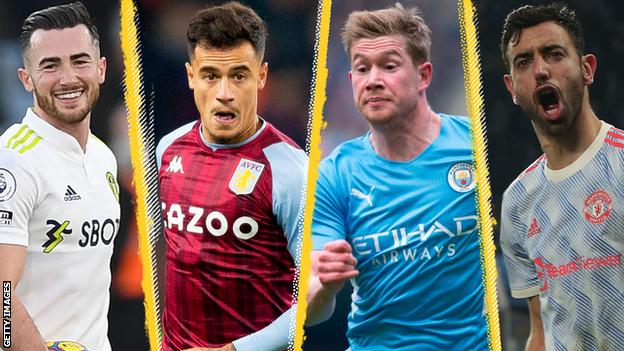 Jack Harrison: What a match between West Ham and Leeds. It might have been littered with mistakes but, as far as entertainment, it was an amazing contest. Leeds needed these points and Harrison provided the finishing touches to a Leeds win with a hat-trick and performance that was without question their best of the season. This is a Leeds side who have suffered from injuries, and lost another two players against West Ham. They have had Covid-19 issues and, on occasions, been down to the bare bones but have played on regardless. Well done Leeds, you're a credit to the Premier League.

Did you know? Harrison became the first Leeds United player to score a league hat-trick against West Ham since Russell Wainscoat in April 1927.

Philippe Coutinho: How good is it to have this lad playing English football again? Coutinho came on for Aston Villa as a second-half substitute against Manchester United and turned the game for the home side. He was involved in Villa's first goal, although he didn't provide the final pass, but his bravery and his goalscoring sixth sense was outstanding. With signings like Coutinho, it is clear that Steven Gerrard intends to get Villa in the top four and, with a couple more top-quality signings, I wouldn't bet against it.

Did you know? Coutinho scored Villa's equaliser against United just 14 minutes into his debut for them, after failing to score or assist in any of his seven PL appearances versus them for Liverpool.

Kevin de Bruyne: Four goals in his last five appearances against Chelsea should have been enough warning for Thiago Silva to have closed De Bruyne down and not allow him a free shot at goal. At this point in the match there was precious little difference between the teams and for my money a draw would have been a very fair result. City, as you might expect, dominated possession but Chelsea matched them in terms of commitment in every department. However, if you give special players the room to produce something special, they often do. It never ceases to amaze me why, at critical moments in a match, defenders don't do the very thing that's kept them in the game and make the tackle.

Did you know? De Bruyne has scored five goals against former club Chelsea in the Premier League - the most by a player against the Blues after having previously played for them in the competition.

Bruno Fernandes: His first goal was fortuitous but his second was beautiful. The move and the finish was just brilliant by Fernandes. This was the best hour of football I've seen from Manchester United for some time and a performance conspicuous by Cristiano Ronaldo's absence. Edinson Cavani seems a much better fit up front and Fernandes looked back to his best. Ralf Rangnick may have found a formula he can build on, but whether he has the bottle to leave Ronaldo out of the side in order to do it remains to be seen. Read more about what I think of Ronaldo's role at United in the Crooks of the Matter below. 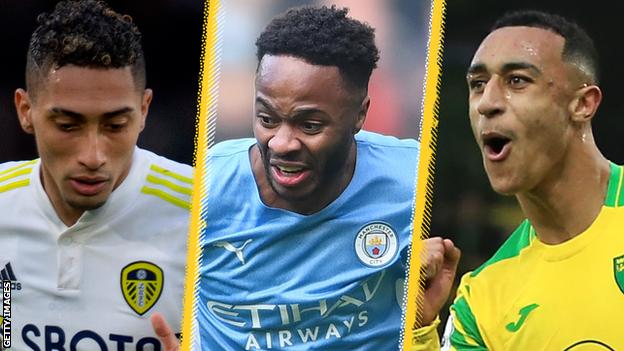 Raphinha: There aren't many footballers I enjoy watching as much as I do Raphinha. He's a throwback to the Rivaldos and Ronaldinhos of yesteryear. The Brazilian's game is so elegant and delightful to watch. Like so many Brazilian players, he treats the ball with the utmost respect, almost as if it were a friend. Without Raphinha, Leeds would not have won at West Ham. Jack Harrison will get all the headlines but there is only one star in Leeds United's show and it's Raphinha.

Did you know? Raphinha created seven chances in Leeds' 3-2 win over West Ham, his best tally in a Premier League match.

Raheem Sterling: I have no problem with Manchester City winning the title but the thought of them being 11 points clear at the top, and we're not even at the end of January, is irritating. What I find particularly nauseating is they are doing it without an established centre forward. Regular readers will know how I hate a false number nine but City play that system better than anyone. Sterling looked sharp against Chelsea in that role and looks like he's coming into some form again.

Did you know? No player created more chances for Man City against Chelsea than Sterling (2), and no player had more touches in the opposition box (6) than Sterling.

Adam Idah: Norwich City's first win since November and it had to be against Everton and Benitez. Idah ran Everton ragged and Michael Keane in particular. Keane's own goal was unfortunate but he was all over the place for Norwich's second, which was Idah's first Premier League goal for the club. Idah's first touch was poor but his desire to score matched his courage to get to the ball before Jordan Pickford was impressive - and it sealed the points for the Canaries.

Did you know? Claimed his first Premier League goal in his 27th appearance and became the second under-21 player to score for Norwich in the league this season, along with Andrew Omobamidele.

Manchester United interim boss Ralf Rangnick wants his players to hold each other to account after Cristiano Ronaldo questioned their mentality. Ronaldo has expressed concern about the attitude of some his team-mates and suggested it needs to be better for United to be successful this term.

I couldn't agree more - and it should start with him. Ever since he returned to Old Trafford the Portuguese international has behaved like a prima donna. He may be the star of the show but the constant waving of his hands in the air when events don't go his way - a sign that the crowd's moans and groans regarding United's failures are all down to his team-mates and nothing to do with him - is irritating.

I expect better from a player of his calibre. Scoring goals and looking good isn't what the game is all about. The game is nothing if it's not about the team. Ronaldo always looks immaculate on the pitch but sometimes, especially when things are going badly, he has to get among the muck and nettles in order to pull his team through difficult periods.

Ronaldo no longer plays for Real Madrid or Juventus - teams who were winning titles and lifting trophies effortlessly. He's playing for Manchester United, a team with an enormous reputation but struggling. His team-mates are not just looking to him to score goals but for leadership.

I have no doubt he would have been better off across the road playing for Manchester City. Let's face it, they are an exceptional side, but for better or for worse he has chosen to return to the club that made him and to give something back as he comes to the end of his career. However, if the five-time Ballon d'Or winner wants to finish his career on a high at Old Trafford then he must heed the words of Rangnick and initiate a brutal, but sincere heart-to-heart with his team-mates and galvanise a spirt within the team. But before he does, he should start with himself first.