Heart of Midlothian will demand a fee of £500,000 plus significant add-ons before letting John Souttar join Rangers this month after the 25-year-old Scotland centre-half agreed a pre-contract agreement to join the Scottish Premiership leaders this summer. (Daily Mail)

Aberdeen have advised St Johnstone that they are poised to open pre-contract talks with 29-year-old goalkeeper Zander Clark, who the Perth club are resigned to lose on freedom of contract in the summer. (Scottish Daily Express)

Middlesbrough manager Chris Wilder has dismissed suggestions that 23-year-old Australia midfielder Riley McGee signed for his club instead of Celtic from Charlotte simply for financial reasons. (The National)

Hibernian manager Shaun Maloney insists there is simply no decision to make on Martin Boyle's future until the club's valuation is met after the Premiership club rejected several bids from Saudi Arabian outfit Al Faisaly, the last at around £2.25m, for the 28-year-old Australia winger they value at £3m. (Daily Record)

Manager Shaun Maloney has no concerns about Martin Boyle's mindset ahead of Monday's match against Celtic despite Hibernian rejecting a £2.5m bid from Al Faisaly that would substantially increase the winger's salary. (The Scotsman)

Dundee manager James McPake admits that 21-year-old Dutch defender Osaze Orhoghide is stalling on a move to Dens Park despite a loan being agreed with Celtic, while striker Sam Cosgrove rejected a move from Birmingham City. (The Courier)

Celtic are set to send Adam Montgomery on loan for the second half of the season and are currently considering a number of options on both sides of the border for their 19-year-old left-back. (Scottish Daily Express)

Former England striker Jermain Defoe says he terminated his contract with Rangers as he found it hard to handle the lack of game time the 39-year-old was experiencing. (The Herald)

Paris Saint-Germain head coach Mauricio Pochettino admits says it was a "mistake" not to have given 18-year-old Xavi Simons, who has been linked with Rangers, more game time and hinted that the midfielder will be more involved in the coming weeks. (Daily Record)

Swansea City are among a number of clubs who are keen on Sunderland striker Ross Stewart, with the Championship club having sounded out the Black Cats about their top scorer only to be told that the League One club are keen to hold on to the 25-year-old Scot. (Scottish Daily Express)

Dumbarton have been asked to provide assurances about the League 1 club's future after shareholders raised concerns about last year's £1.3m takeover as they prepare to celebrate their 150th anniversary. (Daily Mail, print edition) 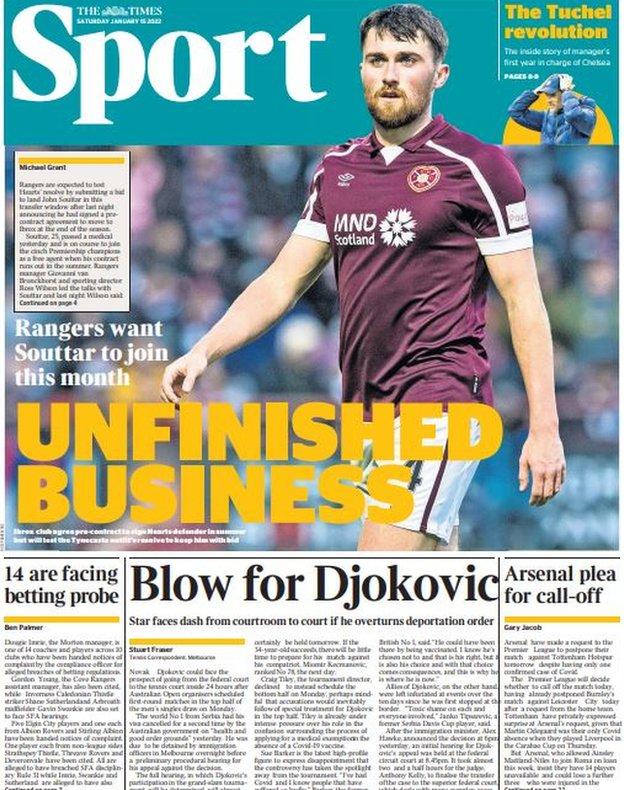 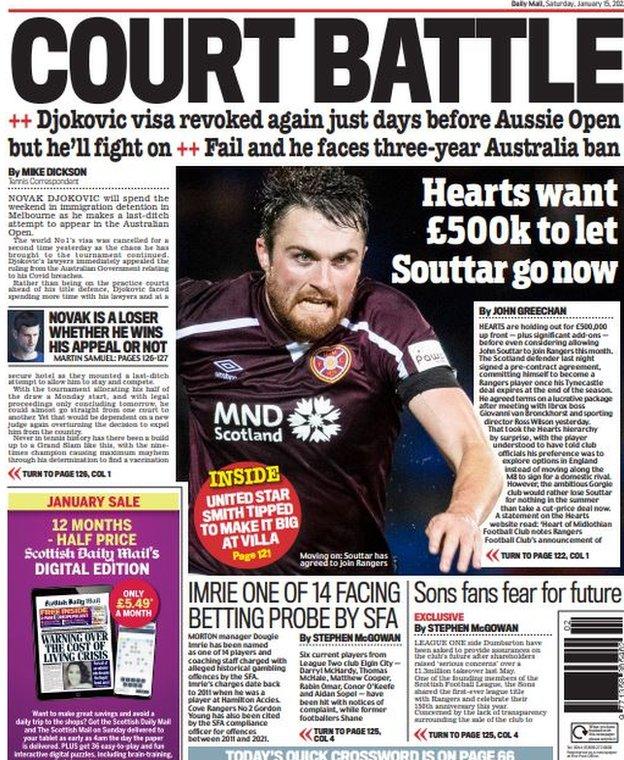 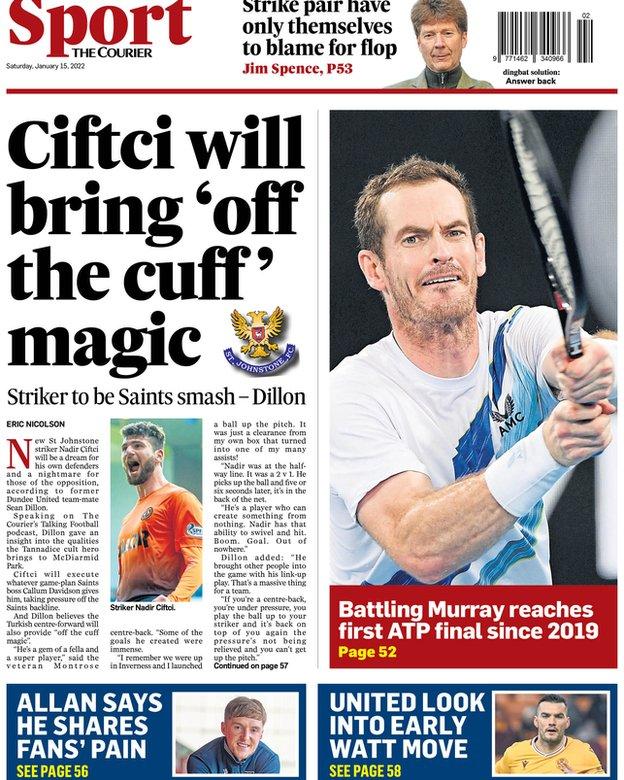