Very few dads are fortunate enough to watch their son make his first-team debut for one of the biggest clubs in the world. So imagine actually commentating on the moment your son made his first appearance.

That was the highly unlikely yet magical scenario that unfolded for former Wales midfielder Robbie Savage at Old Trafford on Wednesday.

Former Leicester, Blackburn and Birmingham midfielder Savage was working on Manchester United's 1-1 draw with Young Boys in the Champions League group stage in his capacity as a co-commentator for BT Sport.

It was an emotional moment for Savage senior and viewers got to hear exactly how it felt, because BT Sport commentator Darren Fletcher left the stage clear.

"It's quite appropriate at this time I step aside and allow you to bring your son on for his first-team debut for Manchester United," added Fletcher.

Savage said: "Coming on for Manchester United is Charlie Savage for Juan Mata. Wow. I never believed I would say those words.

"What a proud day for my boy. All the hard work. What a day for me, his mother, his nana, his grandparents and most importantly for Charlie Savage.

"I'm so proud of him, Darren. It's an amazing moment for him."

Charlie, who plays in the same central midfield position as his dad, signed his first professional contract with United in April.

Savage senior began his career at United and was a member of their famous FA Youth Cup-winning side in 1992.

'His nana watching from home will be in tears'

Speaking before kick-off after learning his son had been named a substitute, Savage told BT Sport: "I'm starting to tear up.

"Charlie Savage has achieved so much in his young life. He has done it on his own with his work ethic - I've not opened any doors for him.

"My father, who is sadly not with us, took me all around the country and he would be proud looking down on his grandson.

"His nana watching from home will be in tears."

Savage added: "First and foremost, he's a great kid. He'll do everything. Listen, he's a good player, he's got a great left foot, he can pass the ball in between the lines and what he's got, whether Ralf Rangnick plays a 4-2-2-2, he can run.

"I think he's the second fittest at the football club. The lads give him a bit of stick because I'm his dad, but it's not about me, it's about Charlie Savage.

"He's one very lucky boy but a lucky boy who's worked extremely hard and got to where he's got to with pure dedication, taking the right pathways, application and desire."

While Savage and Zidane Iqbal came on to make their debuts at 18, it was also an unforgettable evening for Tom Heaton who, at 35, graced the Old Trafford turf as a United player for the first time - 19 years after he first joined the club as a trainee.

Three-time England international Heaton, who left United to join Cardiff in 2010 before spells with Bristol City, Burnley and Aston Villa, returned to the club on a free transfer in the summer and said he "loved every minute" of his long-awaited debut after replacing Dean Henderson in the 68th minute.

"It felt great. You know, playing at Old Trafford in front of a capacity crowd, you know, it was always going to be a great feeling," Heaton told MUTV.

"Having come here as a visitor, I've always enjoyed it, but today, to wear the home shirt, my first competitive debut was obviously a brilliant moment. I loved every minute of it." 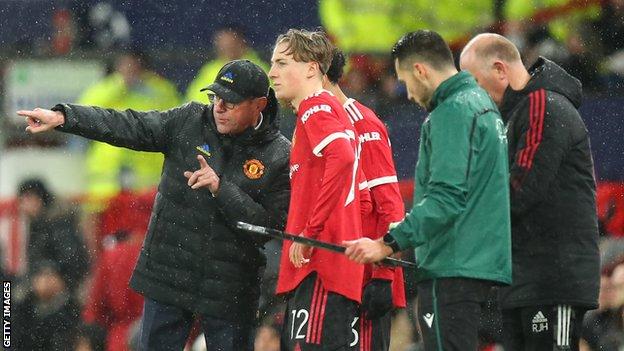 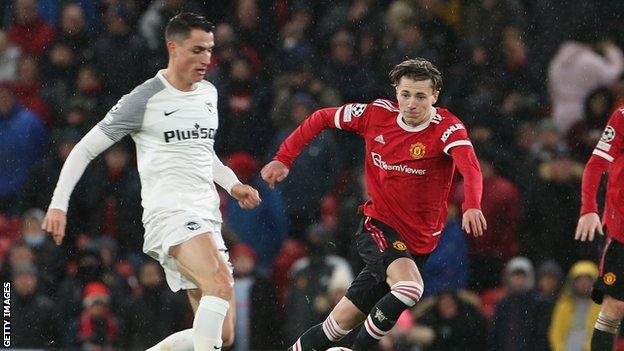