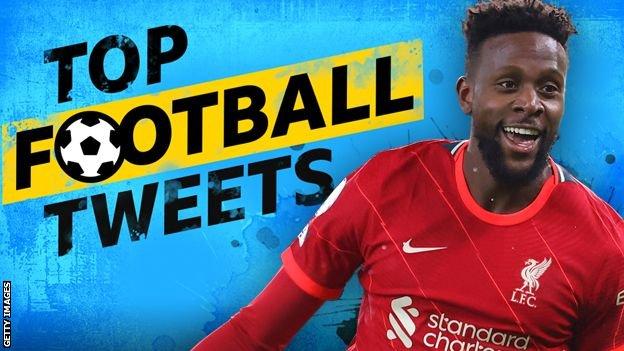 Divock Origi reinforced his cult status, Emma Hayes made some catty comments after Chelsea's Women's FA Cup final win and Zlatan Ibrahimovic has not been entirely complimentary about Manchester United.

All of that, and more, is in this week's edition of Top Football Tweets.

One hundred years to the day since women's football was banned by the FA, more than 40,000 fans turned up at Wembley to watch the postponed Women's FA Cup final between Arsenal and Chelsea on Sunday.

Defender Millie Bright almost lost her head in the celebrations.

The rivalry between Chelsea manager Hayes and Arsenal's Jonas Eidevall is real. Fans may recall the Swedish manager falling to his knees to celebrate the Gunners beating Chelsea on the opening day of the season.

Hayes was the cat who got the cream on Sunday.

Origi only scores massive goals. After a frustrating match for Liverpool at Molineux on Saturday, the big man stepped up to bag a sensational winner in the 94th minute and send Liverpool to the top of the Premier League (for a few hours at least). Liverpool manager Jurgen Klopp called him a "legend".

Meanwhile, homegrown Liverpool midfielder Missy Bo Kearns was on top of a different kind of table.

West Ham took another big scalp at the London Stadium when they beat Chelsea 3-2 on Saturday.

At some point during our lives as football fans, we all inevitably become hypocrites. It's usually best not to put this kind of thing under the microscope. 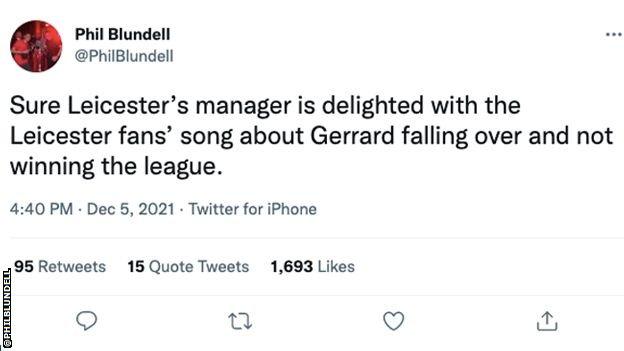 In case you didn't know, Aston Villa beat Leicester on Sunday. Villa are currently being managed by Steven Gerrard, whose slip against Chelsea was instrumental in Liverpool missing out on the Premier League title in 2013-14. Leicester are managed by Brendan Rodgers, who was in charge of Liverpool at the time.

Son Heung-min is loving life under Antonio Conte at Tottenham and put in another super hero's performance on Sunday, grabbing a goal and assist as Spurs beat Norwich City 3-0.

It wouldn't be right for us to speculate as to why Iago Aspas took the decision to take his shirt off having been injured celebrating an opening goal for Celta Vigo against Valencia on Sunday.

8. Throwing the book at them

Ibrahimovic has got a new autobiography out and, as you might expect, he used the platform to absolutely rinse one of his former employers.

Most of us would probably be terrified to get a knock on the door from Everton legend and renowned hard man Duncan Ferguson, but this Toffee was delighted.

Chesterfield beat Salford City 2-0 in the FA Cup second round on Sunday and forward Liam Mandeville used the opportunity to put the boot in on Paul Scholes over that video of the Salford City co-owner biting his daughter's toe nails.

And finally, it must be silly season because the Hibernian official account is being taken over by dad jokes. Or perhaps that should be 'mother' jokes…