On-loan winger Jota has raised Celtic hopes that the 22-year-old will make his move from Benfica permanent by stating that his time with the Scottish Premiership club is already the "best moment" in his career and he has promised there is much more to come from him. (Daily Record)

Manager Ange Postecoglou believes Celtic's defeat by Bayer Leverkusen and Europa League exit have underlined that he needs to strengthen his squad - and expressed hope he can bring new players in during the January transfer window. (The Herald)

Rangers are set to offer a new long-term contract to highly-rated 17-year-old defender Leon King, who was on the bench for Thursday's Europa League victory over Sparta Prague, to stave off interest from major Premier League clubs. (Scottish Daily Express)

Heart of Midlothian winger Josh Ginnelly, who has operated as an auxiliary striker while Liam Boyce has been nursing an injury, would welcome a return to the starting line-up for the Northern Ireland forward against St Mirren on Saturday even if it meant he himself dropped to the bench. (Edinburgh Evening News)

On-loan Hull City striker James Scott is now being considered again by Jack Ross for involvement in his team after the 21-year-old was challenged by the Hibernian head coach to improve his fitness and "be at his absolute best" before being selected again. (Edinburgh Evening News)

United States winger Chris Mueller, who will join Hibernian from Orlando City in January, is targeting a debut in the New Year derby against Hearts. (Edinburgh Evening News)

Scotland head coach Steve Clarke could turn to England counterpart Gareth Southgate to help him plot a way past Ukraine in the World Cup play-off semi-final, with the Auld Enemy having eased aside Ukraine 4-0 in the quarter-finals of Euro 2020. (The Scotsman)

Rangers captain James Tavernier says the way his side defeated Sparta Prague on Thursday in their Europa League group showed fellow Ibrox defender Connor Goldson was wide of the mark in suggesting their team had lost the hunger they had last season. (Scottish Sun)

Dunfermline Athletic chairman Ross McArthur says angry fans spitting on him contributed to his decision to stand down from his role at the end of the season. (Daily Mail, print edition)

Hibernian have been forced to call exterminators to Easter Road after it was revealed that a toxic plant, giant hogweed, was growing in the stadium grounds. (Scottish Daily Express)

Aberdeen and Scotland midfielder Lewis Ferguson is helping out his old boys club team, Mill United, with the Hamilton outfit seeking a few new players to help them as they progress their football journey in the CLYFA Intermediate league. (The National) 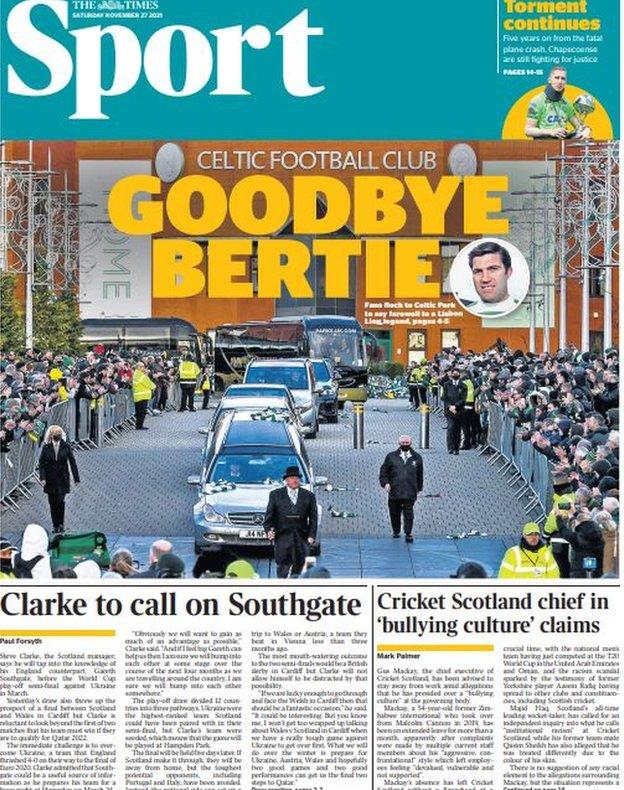 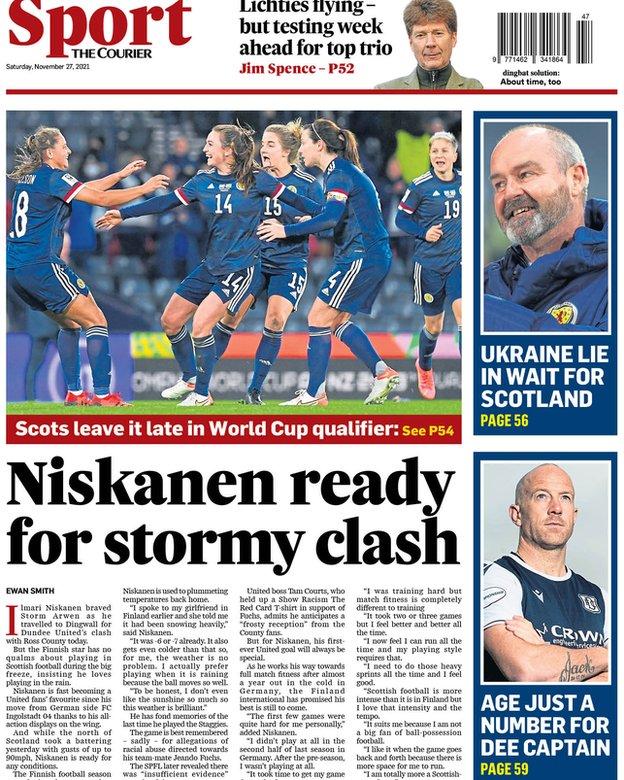 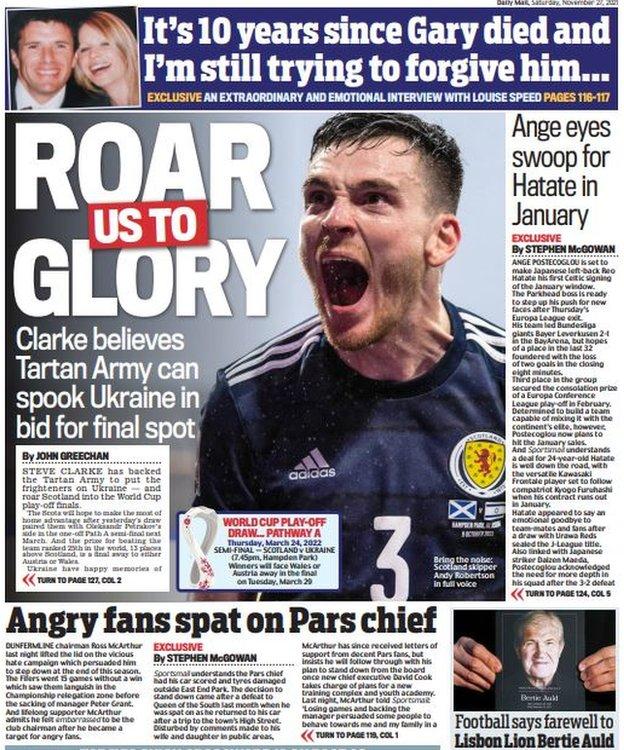