Newcastle United will step up their search for a new manager, with Rangers' Steven Gerrard, Roberto Martínez of Belgium and Villarreal's Unai Emery emerging as leading contenders. (Times)

Aberdeen manager Stephen Glass will be given more time to turn things around after a dreadful start to the season. (Scottish Sun)

Carl Starfelt welcomes a Celtic starting spot challenge from Christopher Jullien, who is closing in on a return, as the Swedish defender promises his best is yet to come. (Daily Record)

Stephen Kingsley warns Rangers they won't shake off Hearts challenge easily after their 1-1 draw at Ibrox on Saturday. (Daily Record)

And Hearts full-back Stephen Kingsley defends his decision to square up to Juninho Bacuna after the Rangers midfielder grabbed him by the throat - but reveals that he had forgotten about the altercation by the final whistle and had shaken hands with his opponent. (Herald)

Visiting Rangers and Celtic fans are paying for a new St Mirren player every season, admits chief executive Tony Fitzpatrick as he dreams of the day home fans can fill the stadium. (Football Scotland)

"We don't want to be like Hibs teams of the past," says Jamie Murphy as the Easer Road side drop out of the Premiership top four for the first in 18 months after Saturday's home drubbing from Dundee United. (Scotsman)

Midfielder Callum Slattery refuses to use controversial refereeing decisions as an excuse as to why Motherwell lost 2-0 to Celtic at Fir Park. (Scotsman)

Ross County defender Harry Clarke has called for the struggling Staggies to take ownership of their Premiership match against Livingston this weekend. (Press & Journal)

Ryan Gauld is good enough to play in the English Premier League, says Johnny Russell, as the former Dundee United team-mates prepare to meet in the MLS. (Football Scotland)

Jamie Murray has recruited former Rangers and Scotland striker Ally McCoist to be the captain of the Scottish team in the 'Battle of the Brits' tennis match against England taking place in Aberdeen before Christmas. (Daily Mail) 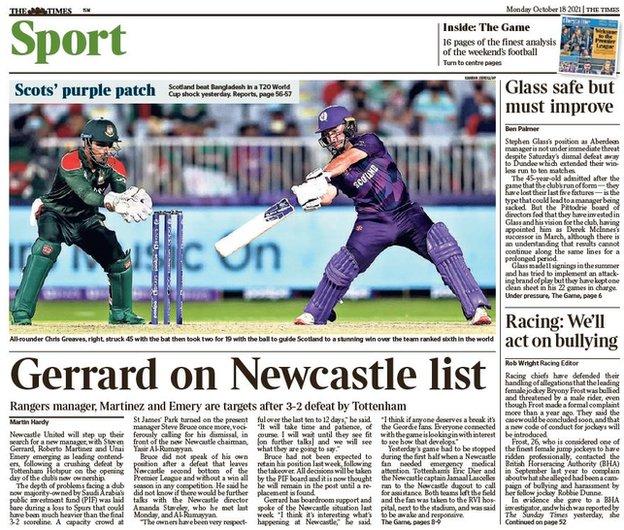 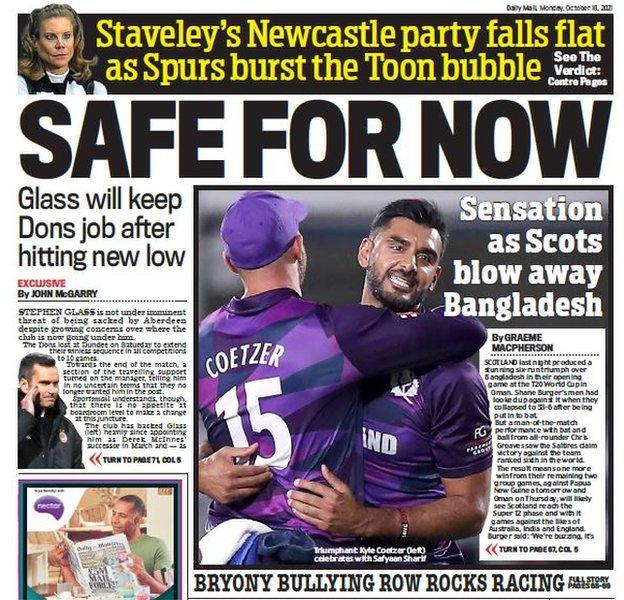 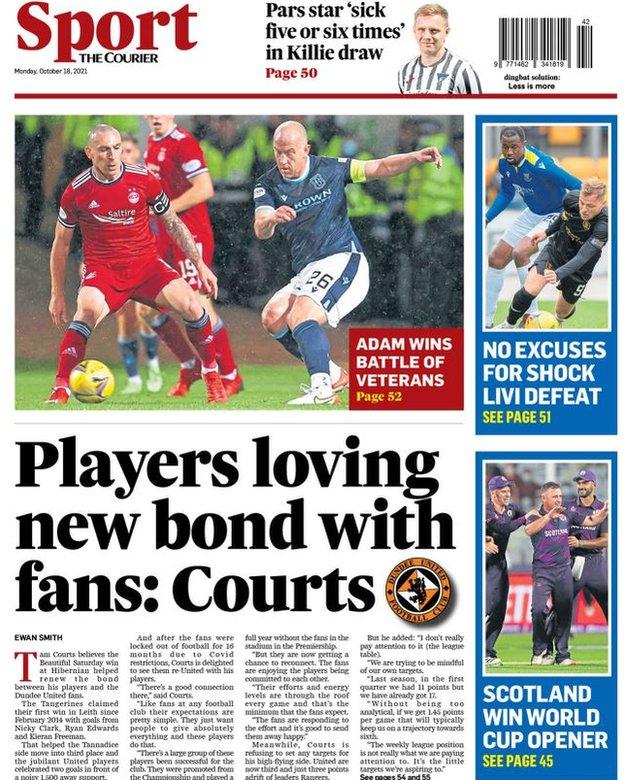