Norwich City are considering a January transfer bid for Aberdeen's Calvin Ramsay, but Manchester United are also keen on the 18-year-old right-back and Leicester City are among the other Premier League clubs tracking the Scotland Under-21 international. (Scottish Sun)

Hearts are working on a contract extension for Scotland goalkeeper Craig Gordon, with manager Robbie Neilson revealing that the 39-year-old "has a clause and we're trying to move forward". (The National)

Hibernian are deep into talks with Ryan Porteous' representatives about a contract extension that would tie the centre-half to the club for a number of years and are hopeful of tying down the 22-year-old. (Edinburgh Evening News)

Livingston are considering bringing 35-year-old assistant manager and former midfielder Marvin Bartley out of retirement as Brexit impacts their recruitment. (The Scotsman)

Hearts striker Liam Boyce has revealed that he told Northern Ireland he did not want to be considered for the last two international breaks because he has a five-month old son and daughter who has just started school and "living in Edinburgh with no family nearby, leaving my missus on her own with two kids, a dog and no help, I took the decision it was better for me to stay at home". (Edinburgh Evening News)

Rangers striker Kemar Roofe faces a race against time to return to Glasgow in time to face Hearts on Saturday having posted a video on Thursday of him lounging at the pool after scoring his first goal for Jamaica in their surprise 2-0 World Cup qualifying win over Honduras. (Daily Record)

Ferencvaros have offered a reprieve to banned striker Franck Boli ahead of next week's Europa League group game with Celtic, the Ivory Coast international being re-instated by head coach Peter Stoger after serving an internal club ban for ill-discipline. (Daily Record) 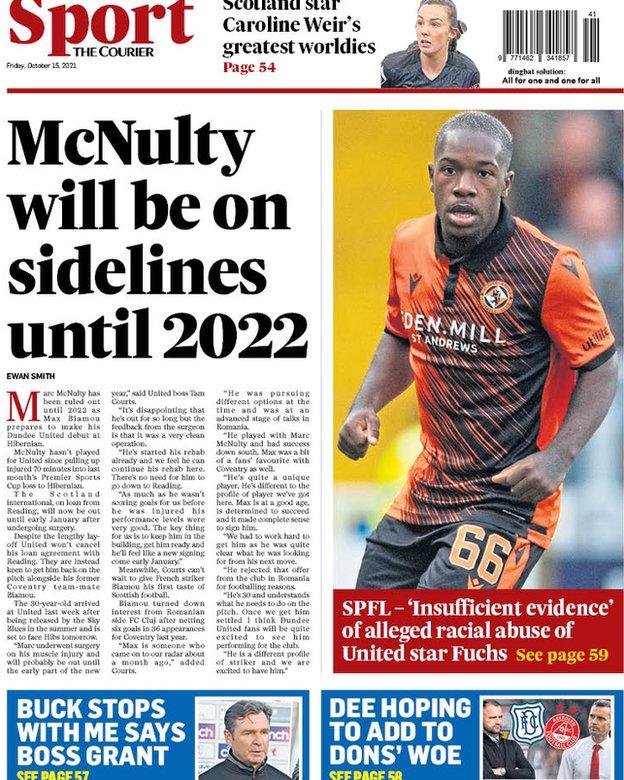