Hearts defender John Souttar would join Rangers "at the drop of a hat" to move up a level, says former Ibrox boss Alex McLeish. (Scottish Sun)

Ethan Ross has ended speculation over his future by signing with Championship side Raith Rovers, following his exit from Aberdeen. (Daily Record)

Dundee boss James McPake says the club's cash dispute, with players yet to strike a deal over bonus payments, is not a distraction and will be resolved. (Sun)

Derek McInnes, Ryan Jack's former manager at Aberdeen, says the midfielder's return to fitness after an eight-month injury lay-off will give Rangers a huge lift because he "makes every team he plays in better". (Daily Record)

Steve Clarke praises his Scotland players for restoring pride in the national team after they made it four straight wins in competitive games for the first time since 2007 to move within one victory of the World Cup play-offs. (Sun)

Former Celtic manager Brendan Rodgers will reject any approach from Newcastle as he's in the running to replace Pep Guardiola at Manchester City in 18 months. (Daily Mail)

As well as trying to secure defender Porteous on a new deal, Hibs are in contract talks with Scotland striker Kevin Nisbet as they look to keep their prize assets. (Edinburgh Evening News) 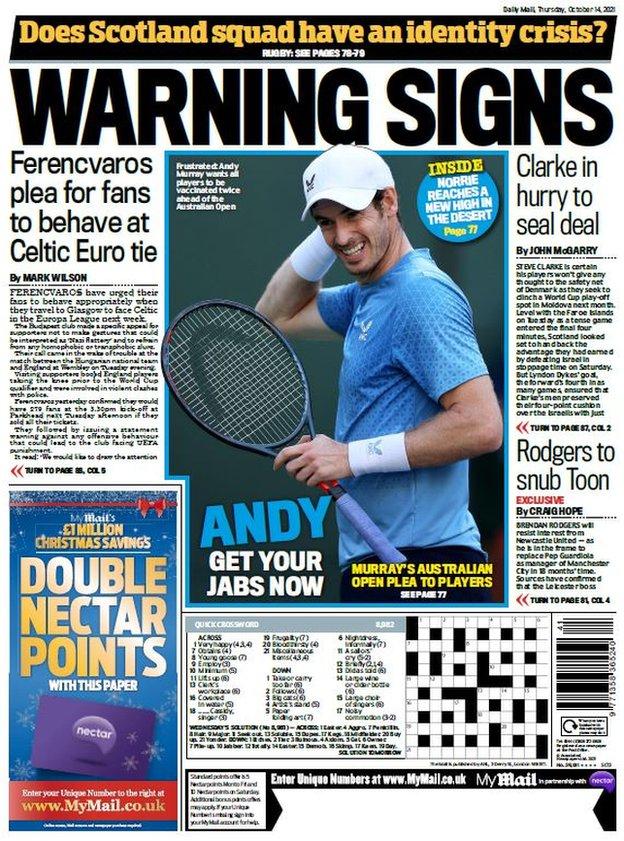 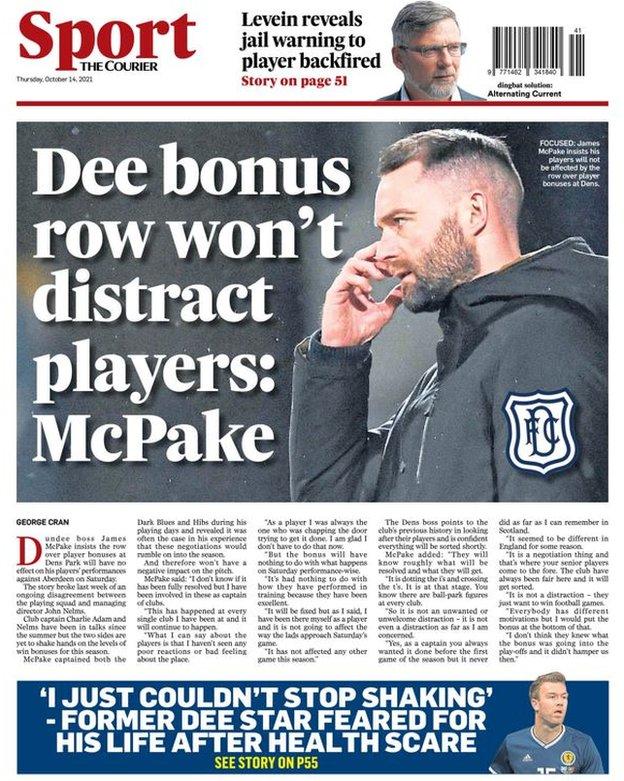 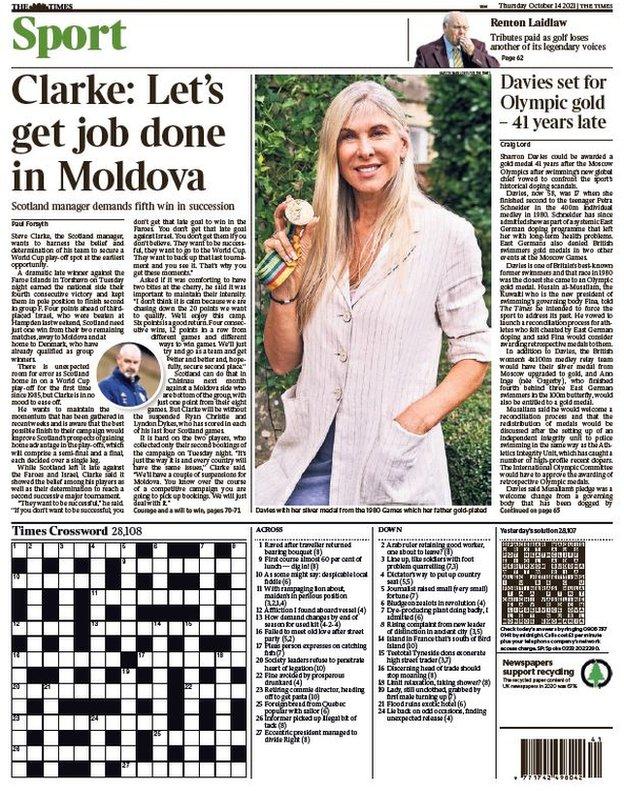