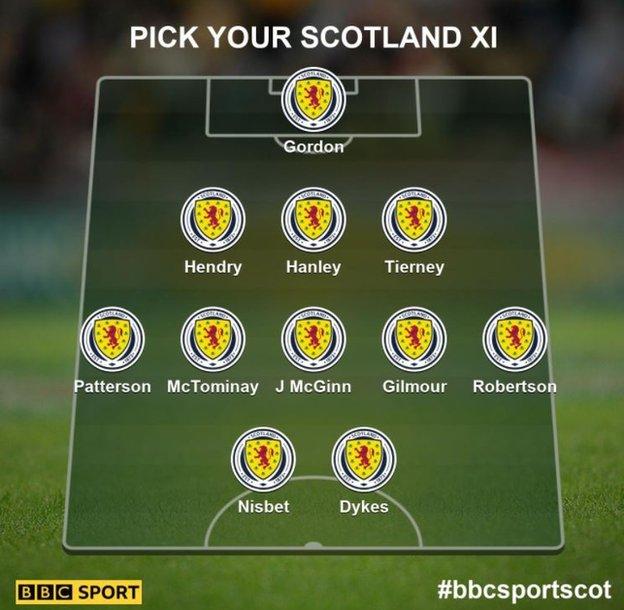 For once, the public vote in our squad selector has chimed with Steve Clarke's likely choice against the Faroe Islands for Tuesday's World Cup qualifier.

You've caught on to the fact that 3-5-2 is the head coach's favoured formation.

With Grant Hanley back from suspension, the Norwich City centre-half is straight into your team, with Scott McTominay moving forward to midfield.

Callum McGregor drops out, while Kevin Nisbet starts up front in the absence of the injured Che Adams.

It means the Hibs striker is preferred to Ryan Christie despite Bournemouth's attacking midfielder having been the one to come off the bench to replace Southampton's Adams in Saturday's win over Israel.

You have also voted to have Rangers 19-year-old Nathan Patterson continue at right wing-back ahead of Motherwell stalwart Stephen O'Donnell.

Choose your starting XI. It's up to you how to approach it - you could go for the team you WANT the manager to pick or the one you THINK he will.