Scotland Under-21 left-back Aaron Hickey, the 19-year-old currently with Bologna, is being monitored by Aston Villa, according to a report in Italian website Corriere dello Sport. (The Scotsman)

Kevin McDonald, the 32-year-old midfielder capped five times for Scotland, is training with Dundee after his kidney transplant and release by Fulham. (The Courier)

Steven Gerrard will not be leaving Rangers any time soon to take up the manager's role at Newcastle United, according to friend and former Liverpool team-mate Danny Murphy, with Steve Bruce expected to be relieved of his duties as soon as this weekend. (The Herald)

Rangers manager Steven Gerrard is "extremely happy" at Ibrox despite speculation linking him with a move to Newcastle United, according to talkSPORT host Jim White. (Glasgow Evening Times)

Croatia head coach Zlatko Dalic has told Rangers left-back Borna Barisic he is no longer international first choice because his team-mates are playing with "stronger clubs", Stuttgart's Borna Sosa having been preferred during the World Cup qualifiers. (Daily Record)

Sweden head coach Janne Andersson says he left Celtic defender Carl Starfelt out of his matchday squad to face Kosovo on Saturday because AIK's Alex Milosevic would be a greater threat should they need a goal late in the game. (Scottish Sun)

Hibernian striker Kevin Nisbet has told Scotland head coach Steve Clarke he is prepared to replace Lyndon Dykes as penalty taker if he is picked to face the Faroe Islands in Torshavn on Tuesday, with his Queens Park Rangers counterpart having missed from the spot against Israel on Saturday. (The Herald)

Celtic striker Kyogo Furuhashi reckons his strong start to life in Glasgow, where he has scored eight goals in 11 outings, is down to his ability to "outsmart" his opponents. (The National)

St Johnstone midfielder Ali Crawford could be fit earlier than expected from injury and could only face up to three weeks on the sidelines. (The Courier) 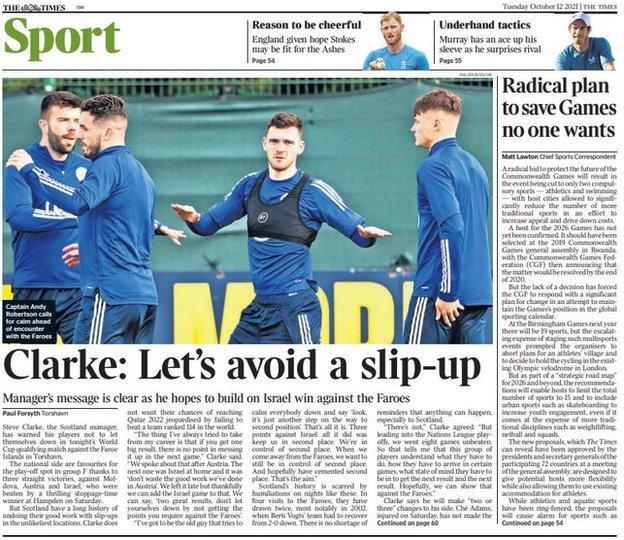 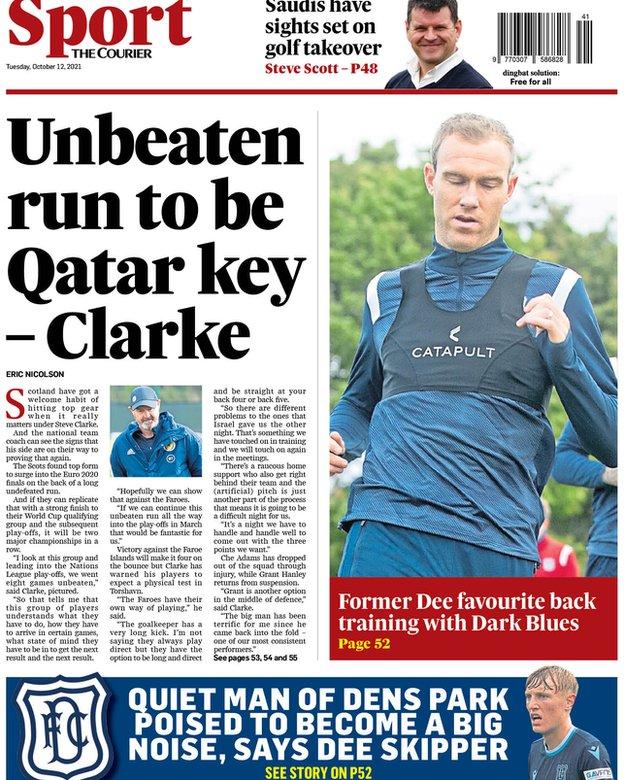 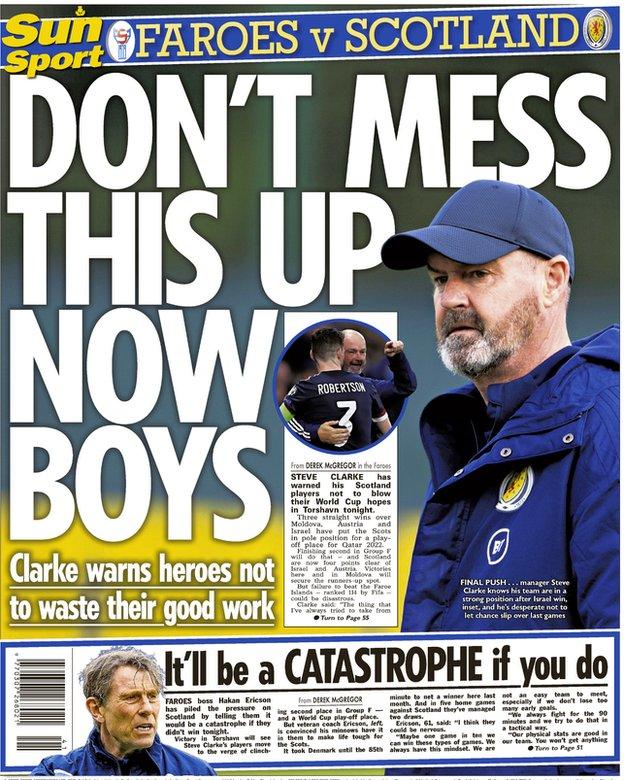