Southampton striker Che Adams will not be risked in Scotland's World Cup qualifier away to Faroe Islands on Tuesday after hobbling out of Saturday's dramatic 3-2 win over Israel with a muscle injury. (Scottish Sun)

Rangers centre-half Leon Balogun responded to critics blaming him for Central African Republic's late winner in Nigeria's shock home defeat on Thursday by scoring his first-ever goal for the Super Eagles as the 33-year-old's side won the return World Cup qualifier 2-0. (Daily Record)

Nikola Katic broke down in tears after scoring his first goal since 14 months on the sidelines through injury, the 25-year-old Rangers centre-half having scored in a friendly win over Zadar as he tries to break into the starting XI on loan to Hajduk Split in Croatia. (Glasgow Evening Times)

Queen's Park have stepped in to help fund a rescue of the site of the first Hampden Park, with the historic pavilion facing the prospect of demolition and sale to a developer as the local bowling club struggles to pay for repairs. (Daily Mail) 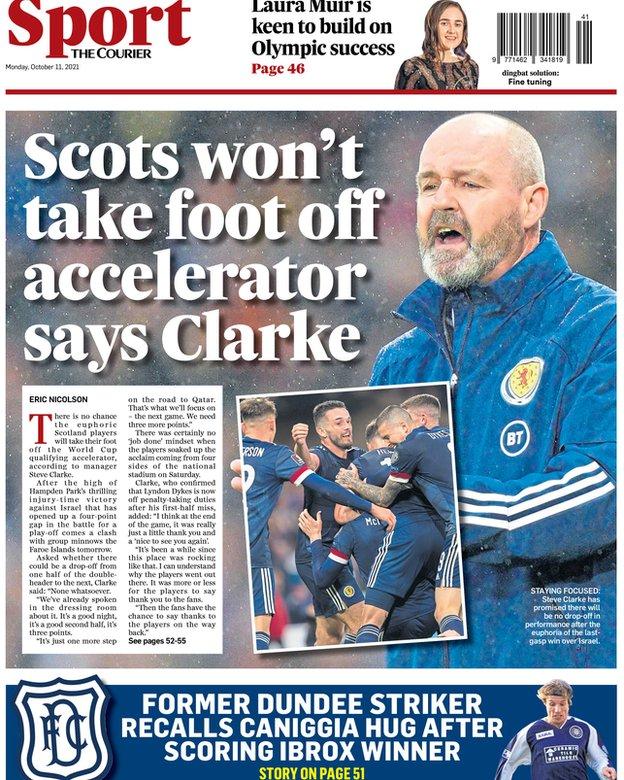 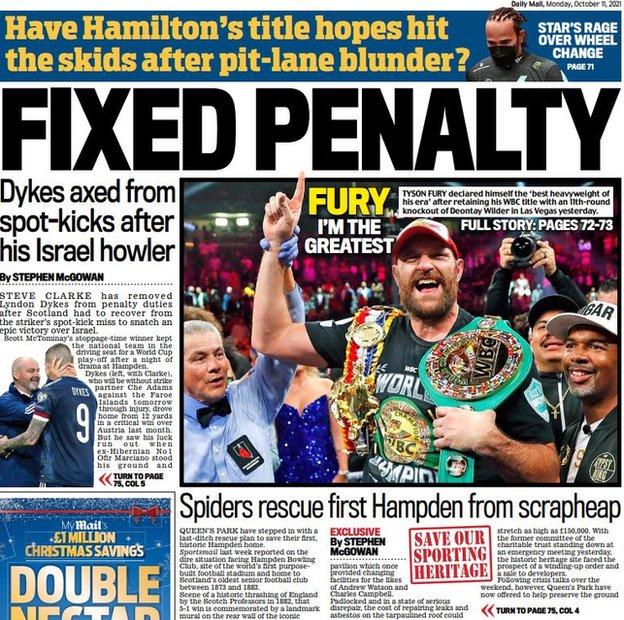 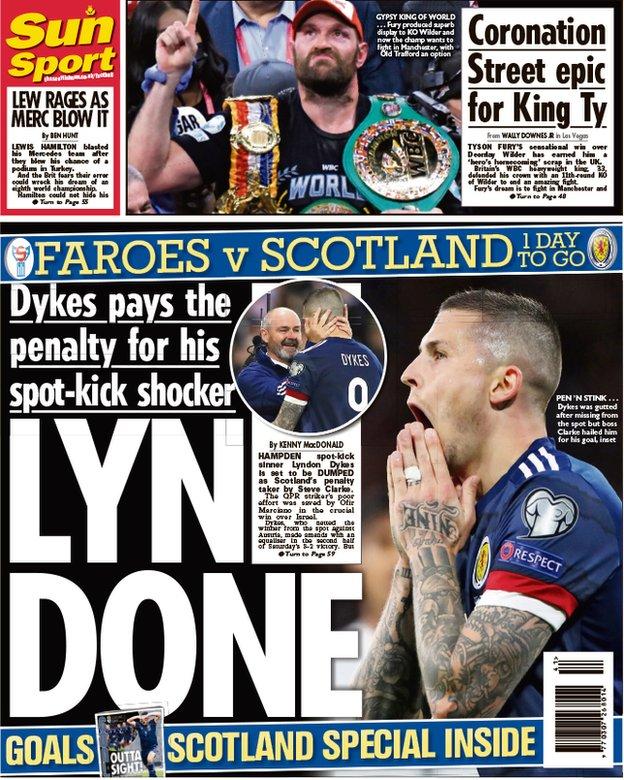