Rangers manager Steven Gerrard is "intrigued" by the Saudi Arabian-backed takeover of Newcastle United as former Celtic manager Brendan Rodgers is being considered to take over with present boss Steve Bruce expecting to be replaced. (Glasgow Evening Times)

Newcastle are lining up former Rangers head of recruitment Frank McParland to help with the first phase of turning the club into a Premier League giant following the Saudi Arabian-backed takeover. (iNews) 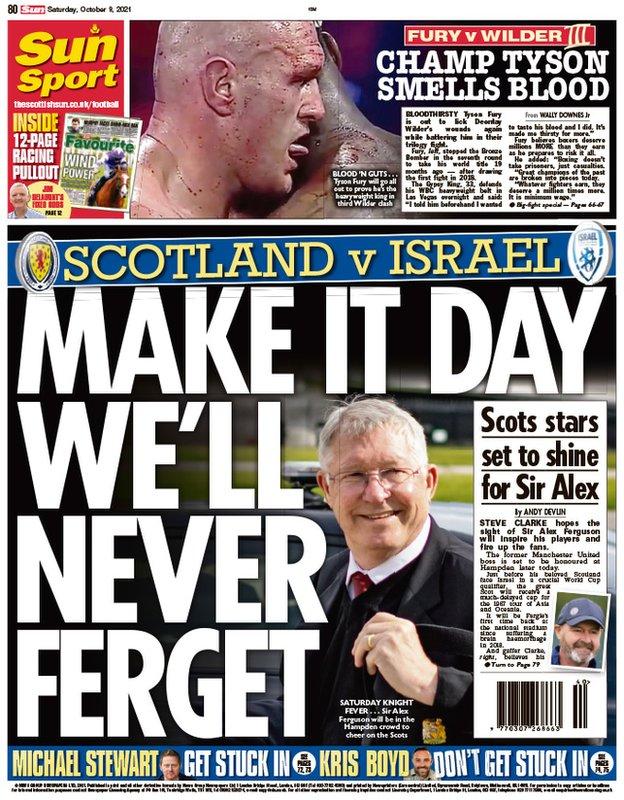 Ferguson will receive the cap he missed out for representing Scotland 54 years ago at Saturday's match with Israel. (Herald - subscription required)

Clarke urges Scotland not to waste their hard-fought win over Austria by falling short against Israel. (Scotsman - subscription required) 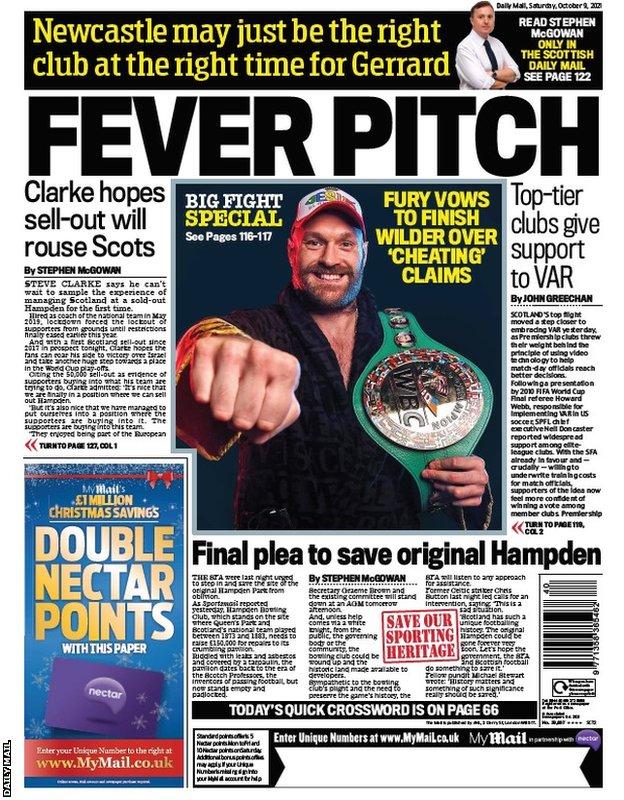 And Gordon hopes Scotland can benefit from a capacity crowd against Israel. (Press and Journal - subscription required) 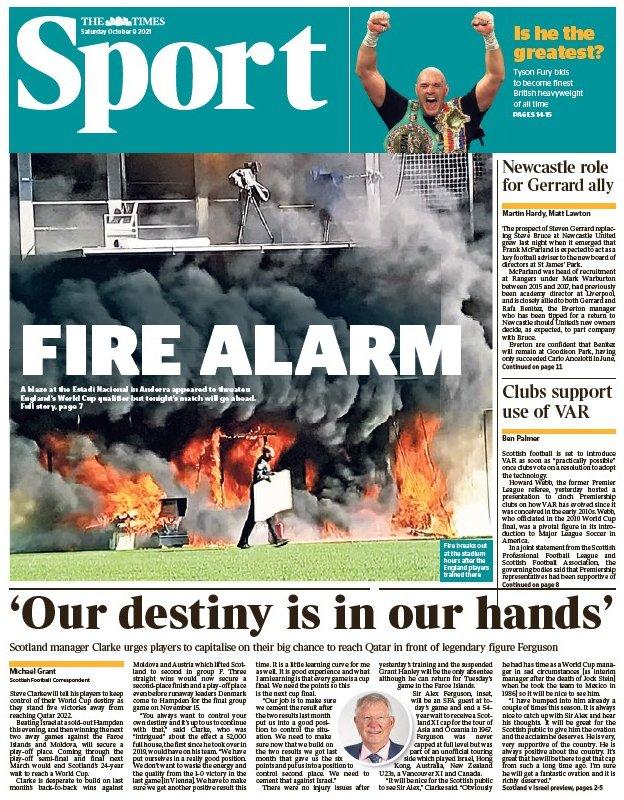 Former Celtic manager Neil Lennon has revealed he would be open to taking his managerial career abroad as he admitted he would be interested in a job in Israel, having signed a number of players from the country. (Glasgow Evening Times)

Lennon has revealed that Celtic were in talks to sign prolific Israel striker Eran Zahavi, currently with PSV Eindhoven, during one of his two spells as manager. (Daily Record)

Hibernian owner Ron Gordon is frustrated with "rugby being okay, and football being wrong" in Scotland, saying it's "discriminatory". (Scotsman - subscription required) 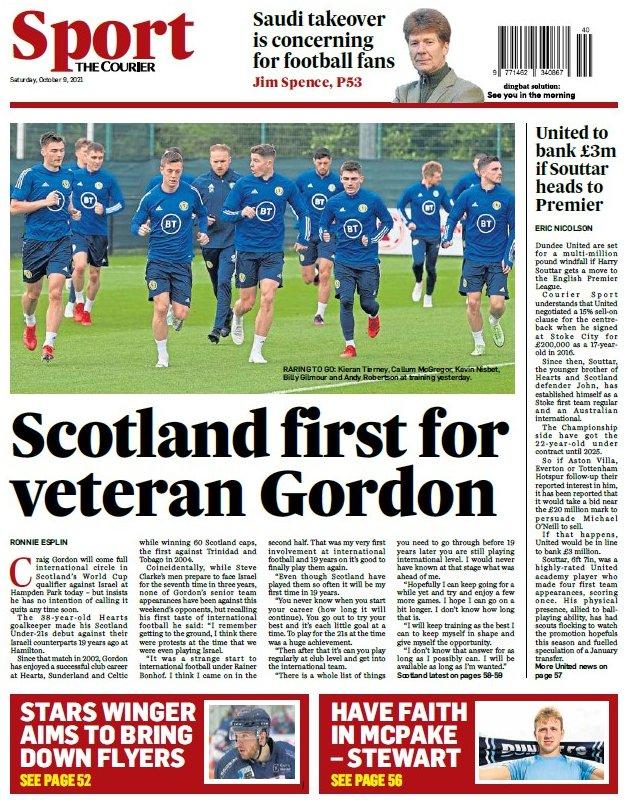 Owner Mark Ogren would not swap Dundee United for any other club in Scotland. (Record)

Rangers midfielder Ianis Hagi scored a solo goal to give Romania the lead in their World Cup qualifier against Germany, but the hosts came back after the break to score twice. (Herald - subscription required)