Gerrard has emerged as the favourite with some bookmakers to replace Bruce as the odds continue to tumble on the Rangers boss (Daily Record).

Roger Mitchell has revealed he plans to organise the funds to buy Celtic in the future and give the fans "what they deserve". The former SPL chief executive is now an 'angel investor' based in Italian lakeside city Como and runs a sports businesses podcast. (Glasgow Evening Times)

Aston Villa and Everton have been linked with big money bids for Harry Souttar, the 22-year-old Edinburgh-born Australia centre-half currently with Stoke City. (The Courier)

Nathan Patterson insists he is only focused on the future with club and country after being linked with a big money move to the Premier League (The Herald).

Former Scotland boss Alex McLeish says his successor Steve Clarke will be a target for English clubs if he can guide the country to the World Cup play-offs (Scottish Daily Mail -print edition). 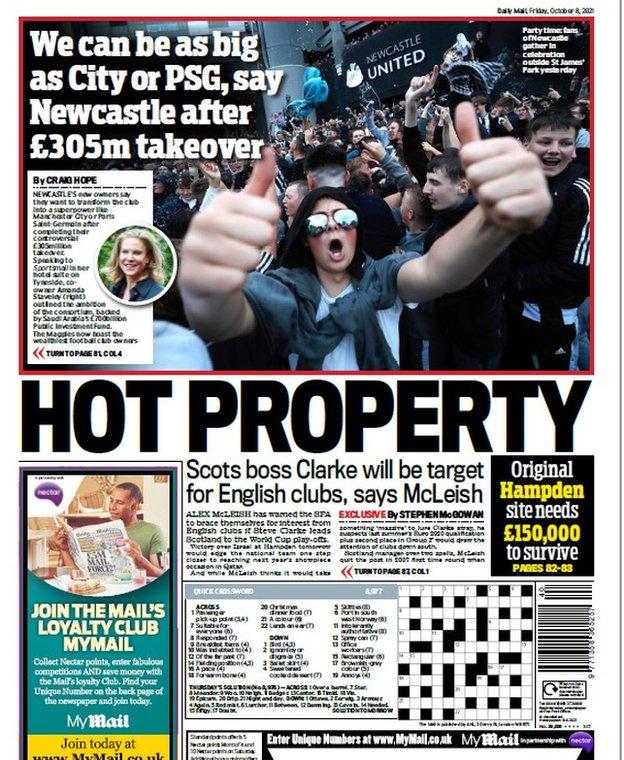 The site of the original Hampden Park - the world's first purpose-built football stadium - faces 'D-day' as the Hampden Bowling Club needs to raise £150,000 to maintain it (Scottish Daily Mail).

Greg Stewart has revealed there was contact from Dundee as he prepared to leave Rangers this summer, but the 31-year-old forward says the desire to move abroad was too great as he joined Indian Super League club Jamshedpur. (The Courier)

And the Tynecastle club are set to enter a busy period of negotiations as 20 players' deals expire next summer (Edinburgh Evening News).

Rangers defender Leon Balogun was held up as the scapegoat as Nigeria suffered one of the biggest shocks in their history. A mistake from the Ibrox defender in the final minute led to the only goal of the game for Central African Republic - the nation ranked 124th in the world (Scottish Sun).

A second-half strike from Hibernian's Martin Boyle helped Australia to another win in their World Cup qualifying section and maintained the Socceroos' unbeaten quest for Qatar. (Edinburgh Evening News) 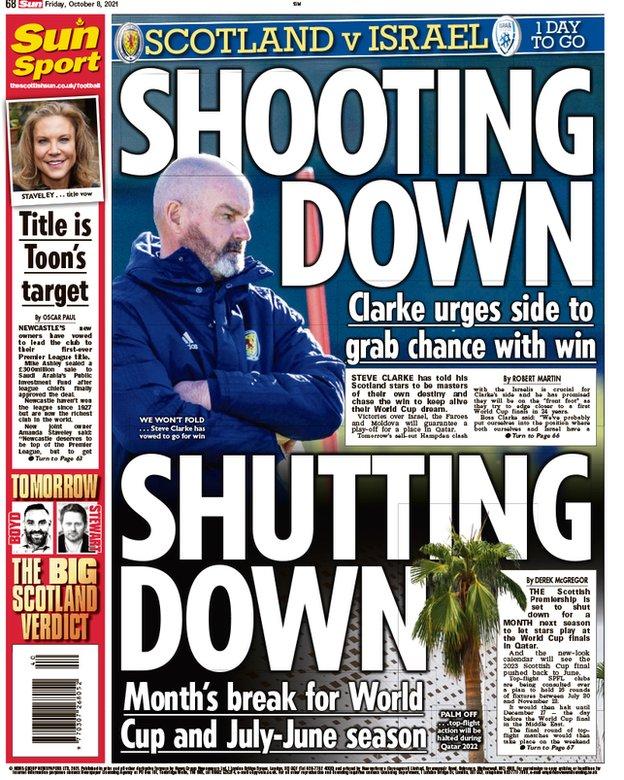 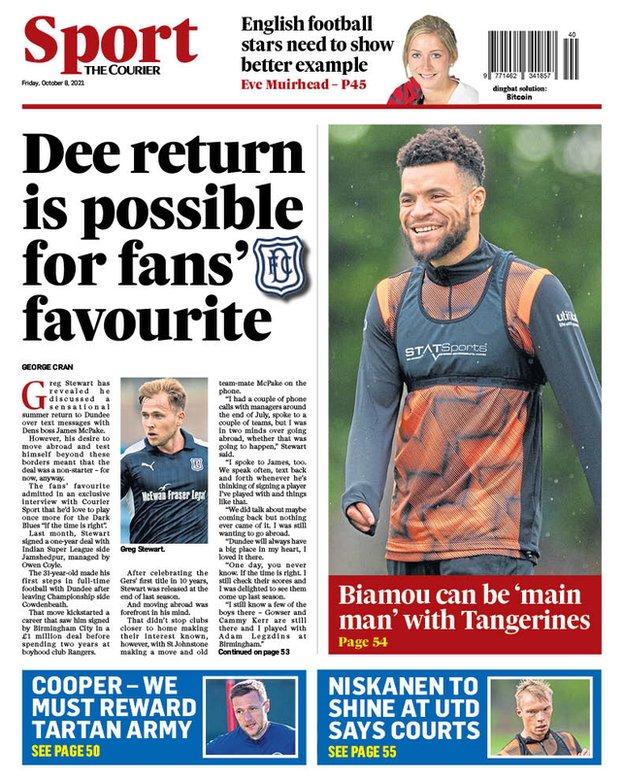