"Not so much hard man as hatchet man," is how Hibs defender Ryan Porteous is described by former Scotland midfielder Kris Commons after his red card at Ibrox. (Daily Mail, print edition)

Hibs boss Jack Ross insists he won't look to take the aggression out of Ryan Porteous despite his costly sending off in yesterday's defeat to Rangers. (Herald)

Former Hibs striker Tam McManus says the red card for Ryan Porteous was "disgraceful", claiming it was a clean tackle and adding that "no other player on the park gets sent off for that". (Edinburgh Evening News)

Manager Steven Gerrard explained his emotional celebration after Rangers' victory over Hibs yesterday - saying the players and fans will "need each other" in the months ahead. (Daily Record)

Unbeaten Hearts have "no reason to be daunted" by their next league trip to champions Rangers, says new midfielder Cammy Devlin. (Scotsman)

Stephen Glass admits managing Aberdeen is a joyless experience at the moment but says he will turn it around. (Scottish Sun) 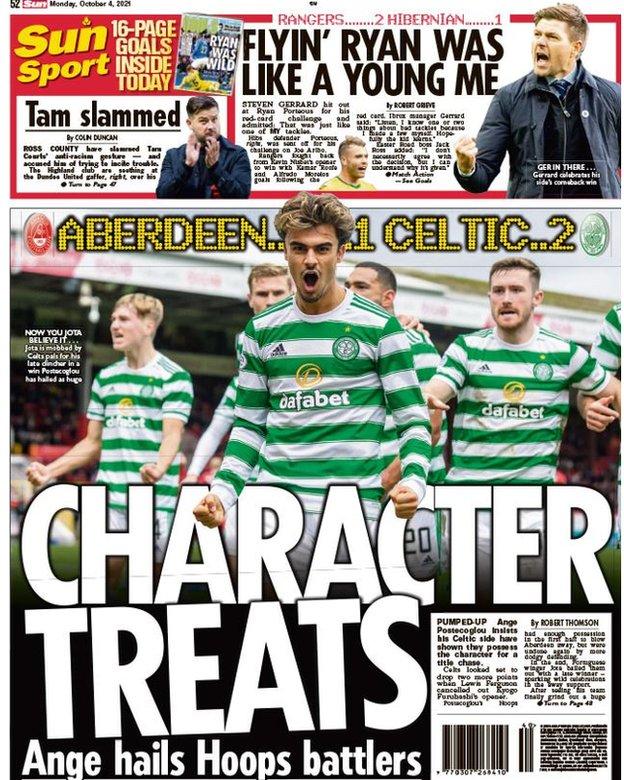 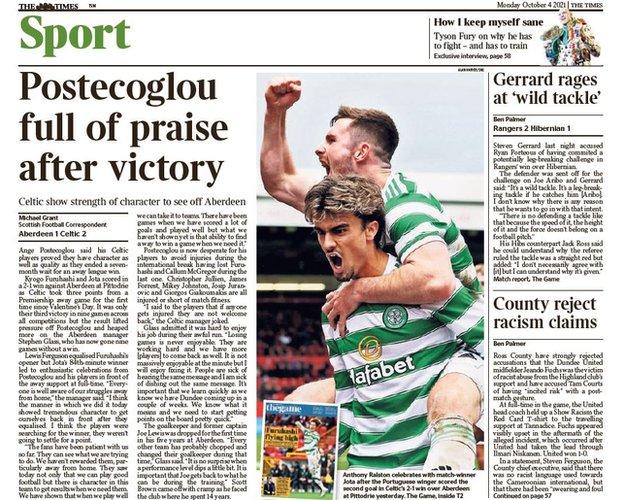