"I've a feeling this league will be tight this year," says Celtic manager Ange Postecoglou, who admits his injury-ravaged squad already have little margin for error in the fight for the Premiership title. (Daily Record)

Dundee manager James McPake has no qualms about playing on-loan Celtic striker Leigh Griffiths against Rangers today after a difficult week for the 31-year-old striker, who was charged by police after apparently kicking a smoke bomb towards fans. (Scotsman)

Ron Gordon, the Hibernian owner, says the Deloitte review into the SPFL will examine the feasibility of overturning the ban on alcohol sales at Scottish football grounds. (Times)

Aberdeen must cut out "daft mistakes" to kick-start their season, warns defender Ross McCrorie after a run of seven games without a win. (Press & Journal)

Reports from Romania claim that Rangers have agreed a deal to sell Ianis Hagi in January, with both Pro TV and Sport saying that Roma are ready to pay £17m for the 22-year-old attacking midfielder. (Daily Record)

However, Ianis Hagi is confident he is in the right place to continue his rise in the game after dismissing talk of a big-money move to Serie A. (Glasgow Evening Times)

Rangers boss Steven Gerrard hails Glen Kamara's influence and says the best is yet to come from the midfielder who signed a new contract at Ibrox this week. (Scottish Sun)

Manager Robbie Neilson and sporting director Joe Savage will spend the next few weeks assessing which players merit contract extensions at Hearts, with Craig Gordon, John Souttar, Craig Halkett, Michael Smith and Peter Haring among those who have deals expiring at the end of the season. (Edinburgh Evening News)

Manager Callum Davidson says St Johnstone have proved the doubters wrong once again by booking their place in the League Cup semi-finals after losing Jason Kerr and Ali McCann on the last day of the summer transfer window. (Herald)

Defender Jack Baldwin says Ross County have "taken a lot of positives from recent games" as the search goes on for a first league win of the season at Fir Park today. (Press & Journal)

Dundee United pair Charlie Mulgrew and Marc McNulty are not long-term injury concerns, says manager Thomas Courts, but Sunday's visit to Celtic will come too soon for both men. (Courier) 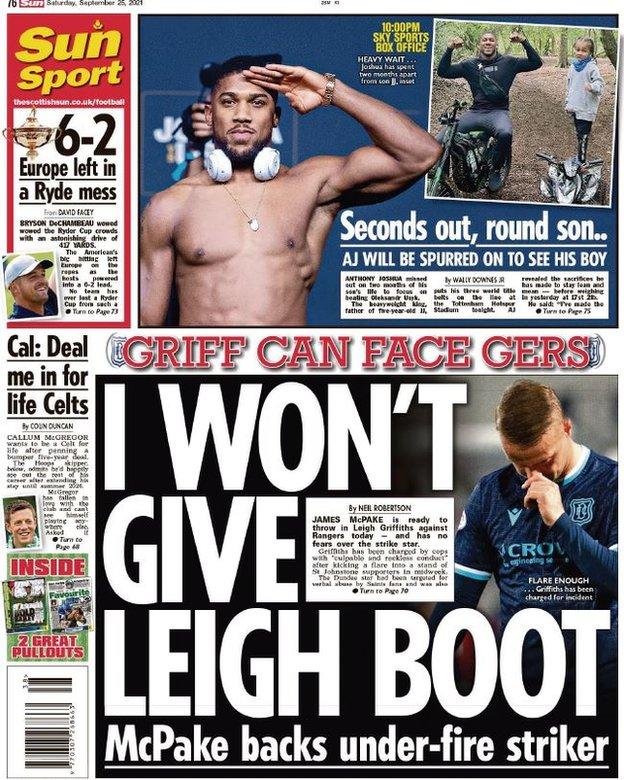 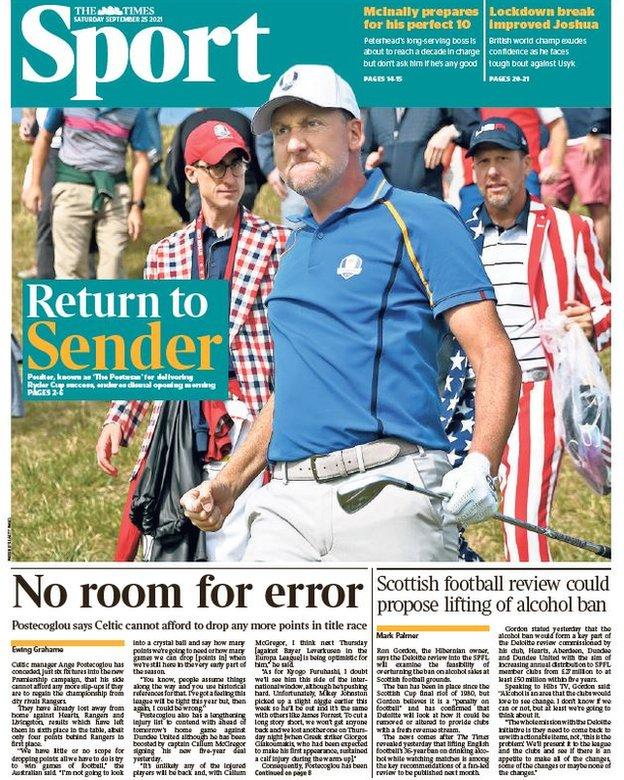 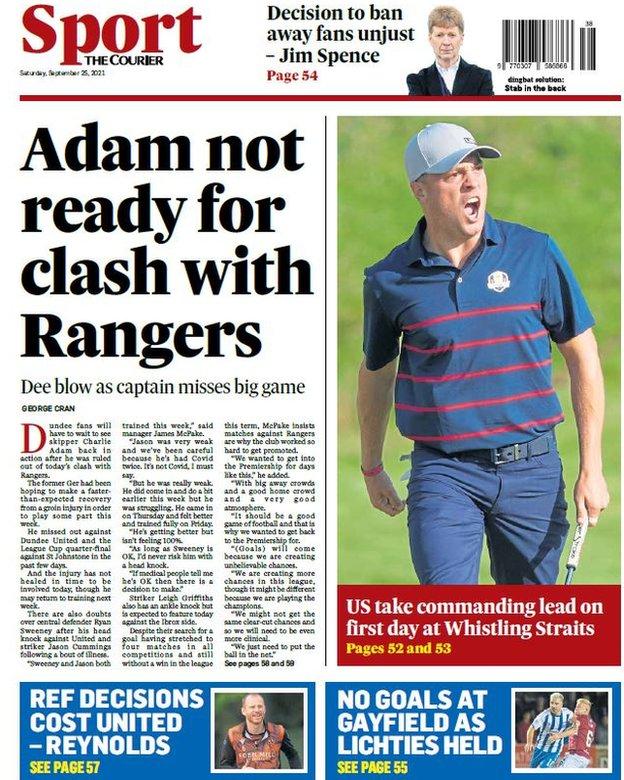