Dundee striker Leigh Griffiths faces a five-game ban after he kicked a flare into a stand during Wednesday's Scottish League Cup defeat by St Johnstone, an incident for which he has apologised. (Sun)

Striker Giorgos Giakoumakis' Celtic debut has been delayed again after he picked up a calf injury while warming up for Thursday's League Cup win against Raith Rovers. (Sun) 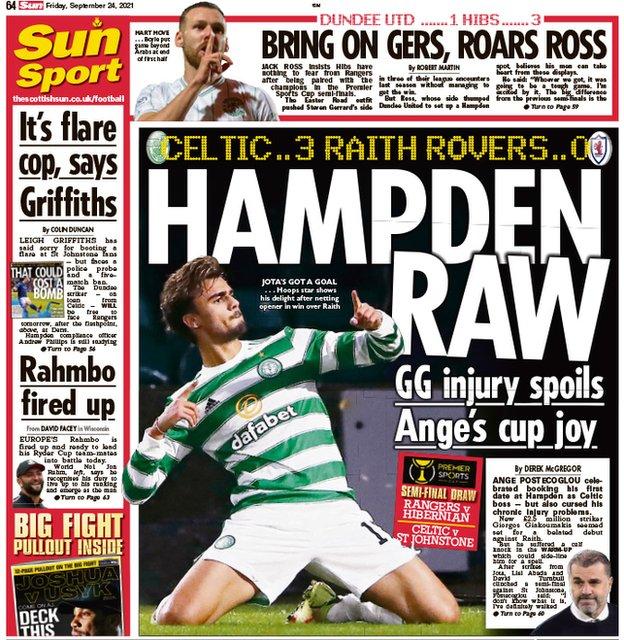 Celtic boss Ange Postecoglou feels he has "definitely walked under a ladder" after Giakoumakis was added to the club's injury list. (Record)

Postecoglou was forced to keep winger Jota on the field against Raith despite the winger hobbling near the end of the game but the manager says he is "OK". (Scotsman - subscription required)

Ross is excited to be facing Rangers at the national stadium and expects "a good atmosphere" with fans now back at games. (Scotsman - subscription required) 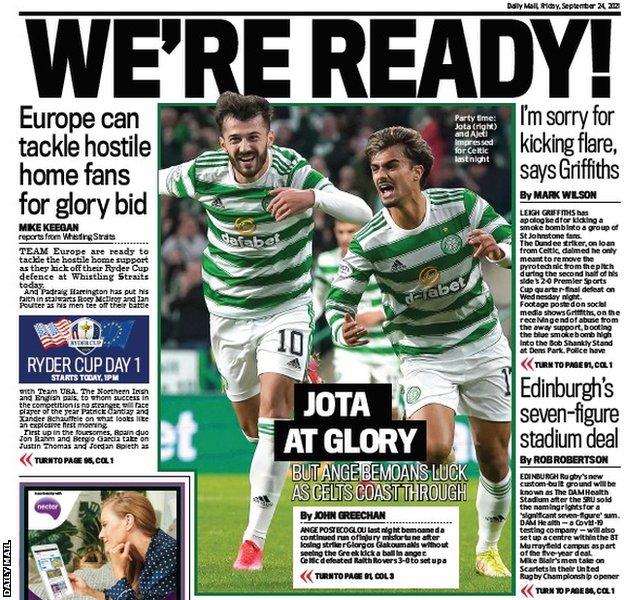 Ianis Hagi feels Rangers have a point to prove after a decade without cup competition success. (Sun)

Dundee's former Rangers player Charlie Adam has advised Ibrox defender Nathan Patterson to stay at the club rather than go out on loan. (Herald - subscription required)

John Lundstram can win over the Rangers support like Fernando Ricksen did, says another former Ibrox skipper Barry Ferguson. (Record) 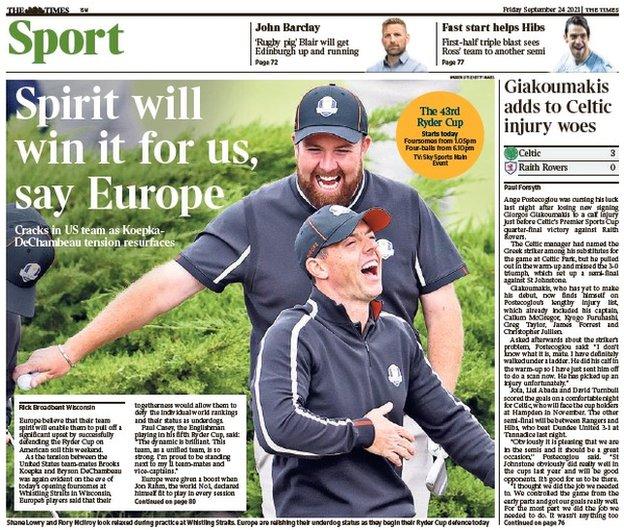 Dundee defender Liam Fontaine has urged the Dens Park side to stay strong as they search for their first league win of the season against Rangers on Saturday. (Courier - subscription required)

Glass says a back injury has prevented Matty Kennedy from featuring for Aberdeen this season. (Press and Journal - subscription required) 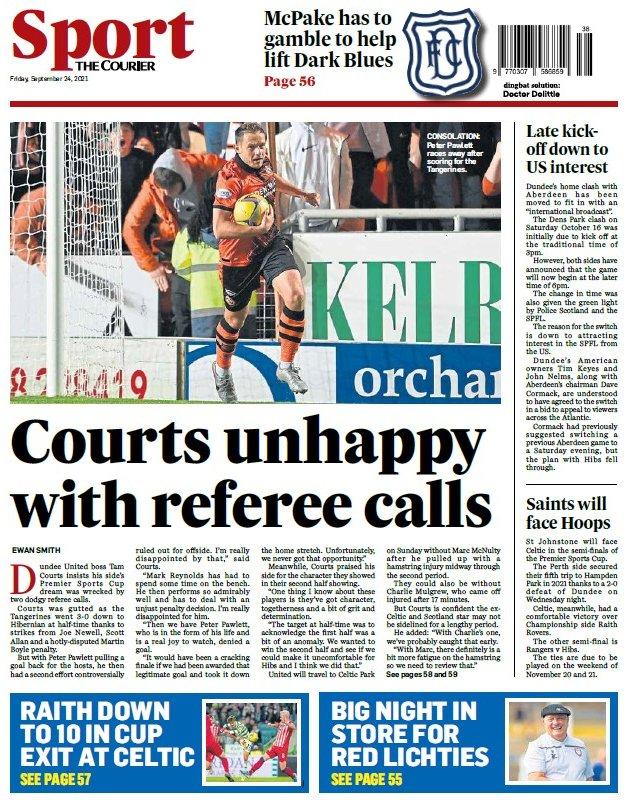