Tottenham have been linked with a move for Manchester United and France forward Anthony Martial, 25, in January. (Express)

Barcelona would have to pay 1.8m euros (£1.5m) to release managerial target Roberto Martinez from the 48-year-old Spaniard's contract with the Belgium national team. (Sport - in Spanish)

But Martinez has played down reports linking him with the job as a potential replacement for under-fire Dutchman Ronald Koeman, 58. (Eurosport)

Bayern Munich are interested in signing Chelsea and Germany defender Antonio Rudiger, but the 28-year-old wants to sign a new deal at Stamford Bridge. (Bild - in German)

Arsenal and France striker Alexandre Lacazette, 30, has no desire to sign a new contract at the club. His current deal expires at the end of the season. (Le10 Sport - in French)

The Gunners will also reportedly make Germany goalkeeper Bernd Leno, 29, available for transfer once the window reopens in January. (Eurosport)

The debt, the mess, the timeline, the future

Chelsea boss Thomas Tuchel has hinted that England midfielder Ruben Loftus-Cheek, 25, has to impress him to salvage his Blues career. (Express) 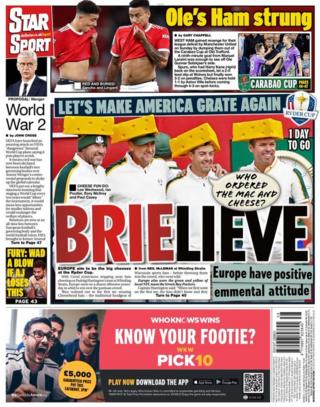