Though new Celtic striker Giorgios Giakoumakis will not feature against Betis, the Greek could make his debut for the club either this weekend or next. (Sun)

Neither Betis nor Celtic will be in their traditional green and white colours and will play in change kits instead on Thursday. (Record)

West Ham are keeping tabs on Rangers' English centre-back Connor Goldson, 28, who is out of contract next summer. (Football Insider)

Rangers manager Steven Gerrard wishes "more than anything" that his former Liverpool manager Gerard Houllier could be at Thursday's Europa League meeting with Lyon, a club the late Frenchman also coached. (Sun) 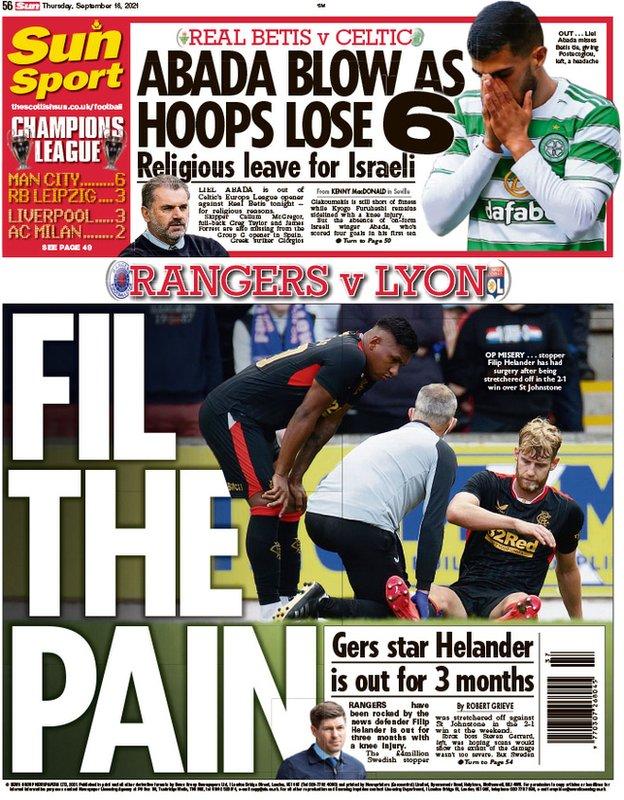 Former Liverpool winger Xherdan Shaqiri has made the Lyon squad for the match at Ibrox, despite suggestions he would not be involved. (Herald - subscription required)

Gerrard is confident he has enough in his squad for Rangers to make an impact in this season's Europa League but warns Lyon are the best side they have faced yet. (Scotsman - subscription required)

Rangers captain James Tavernier hopes the Ibrox side can continue to be a side European teams do not want to face. (Herald - subscription required) 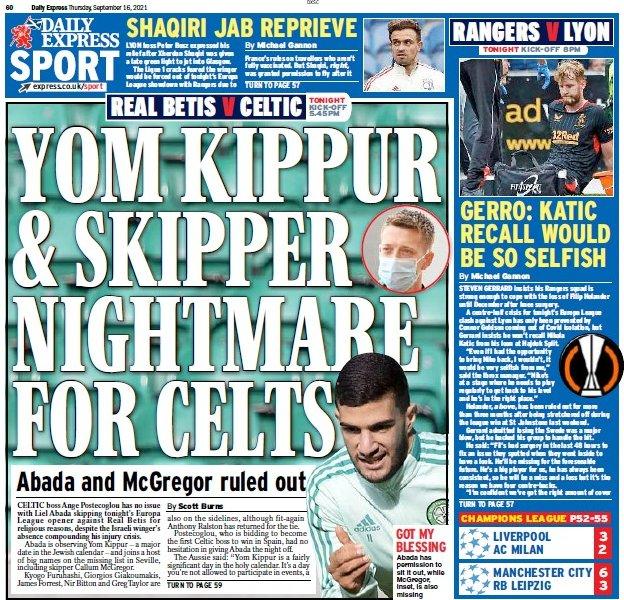 Former first minister Henry McLeish has questioned why Celtic, Rangers and the 35 other clubs in the SPFL are not involved in a review of the league organised by Aberdeen, Dundee, Dundee United, Hearts and Hibernian. (Record) 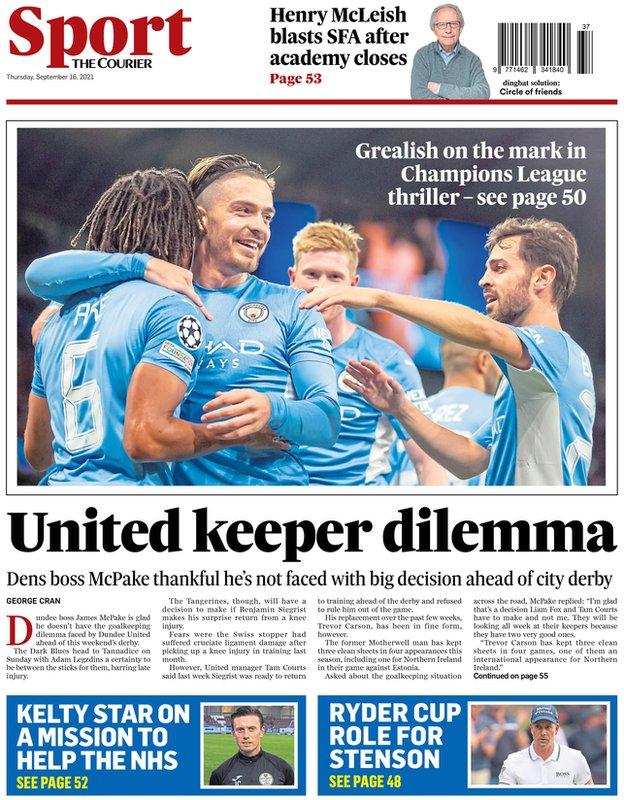 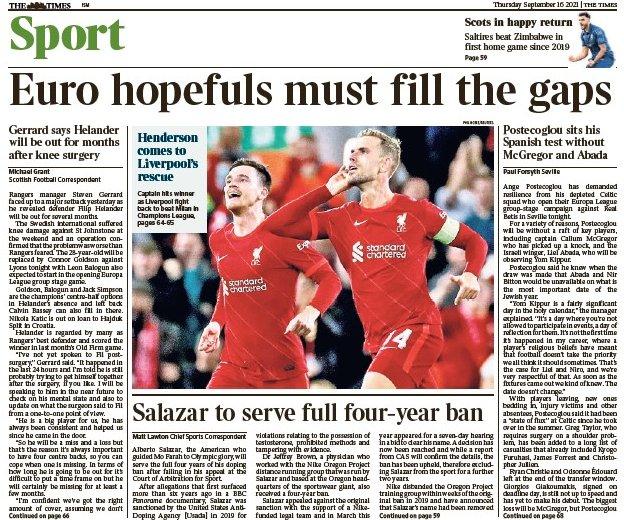