McKay jumped before he was pushed as others in the Celtic hierarchy felt his appointment was not working. (Record)

McKay's exit after 10 weeks in post could be the catalyst for further boardroom change at Celtic. (Glasgow Times) 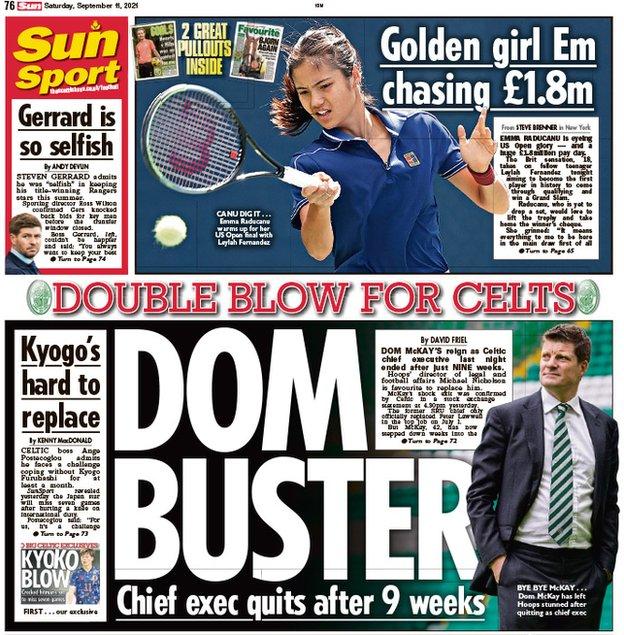 Ex-Celtic striker Chris Sutton expects there to be a lot of speculation about the sudden departure but insists the well being of McKay and his family is the most important thing. (Sun)

Sutton believes McKay leaves Celtic in a better place than when he arrived. (Record)

Manager Ange Postecoglou believes the departures from his Celtic squad this summer have changed the dynamic of the group for the better. (Herald - subscription required) 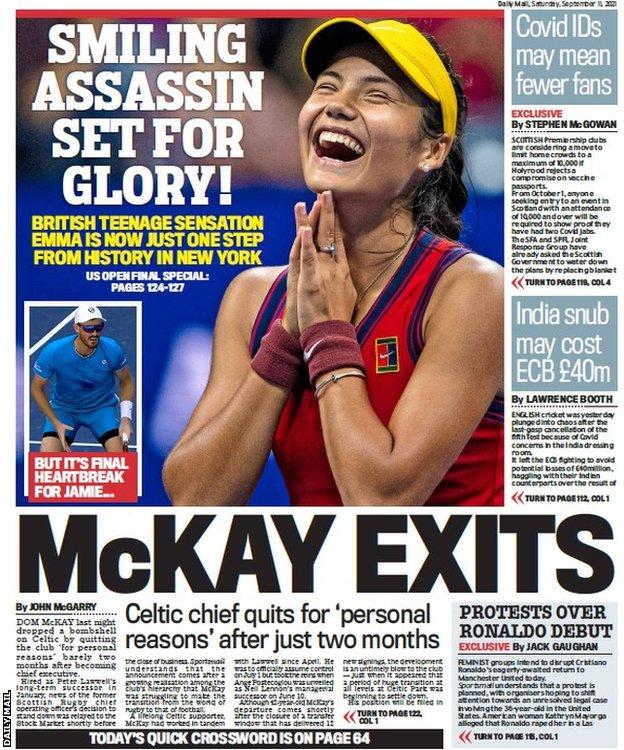 On-loan Wolves winger Austin Samuels is targeting a permanent move to Aberdeen at the end of the season. (Evening Express - subscription required)

A quiet word from former Rangers team-mate Andy Halliday was key to Barrie McKay's decision to join the midfielder at Hearts. (Record) 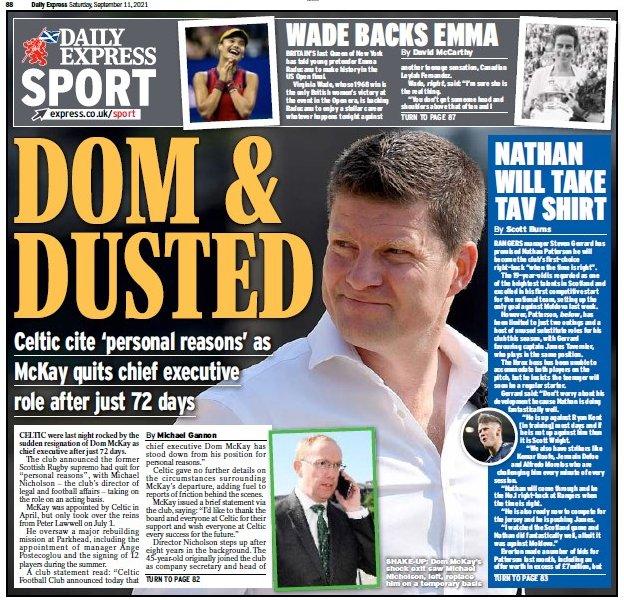 Winger McKay was also linked with Hibernian before joining Hearts but says he cannot "let it affect me" if he is involved in Sunday's Edinburgh derby. (Scotsman - subscription required) 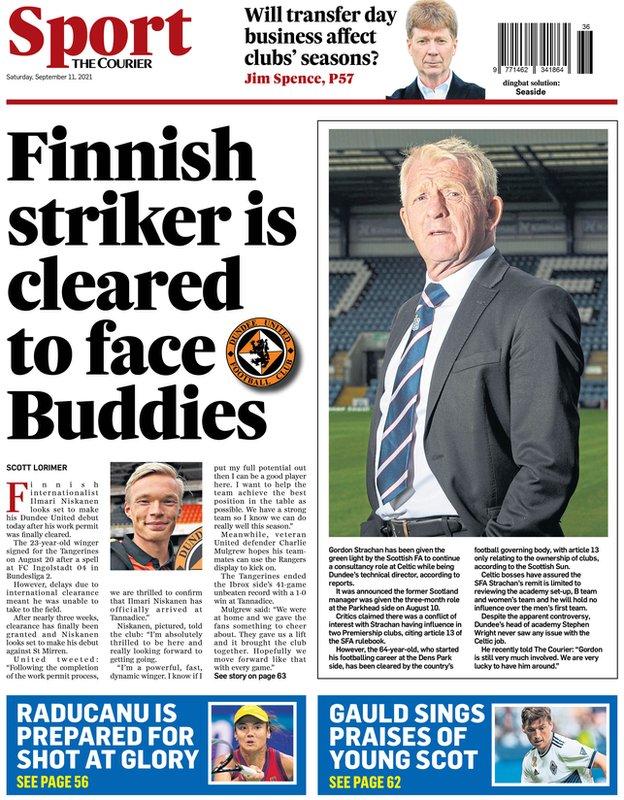