Captain Andy Robertson and a number of other Scotland players carrying knocks will be assessed before Tuesday's World Cup qualifier with Austria in Vienna. (Scotsman - subscription required)

David Alaba admits all is not well in the Austria camp as they prepare to host the Scots on Tuesday after losing their previous match 5-2 to Israel. (Record) 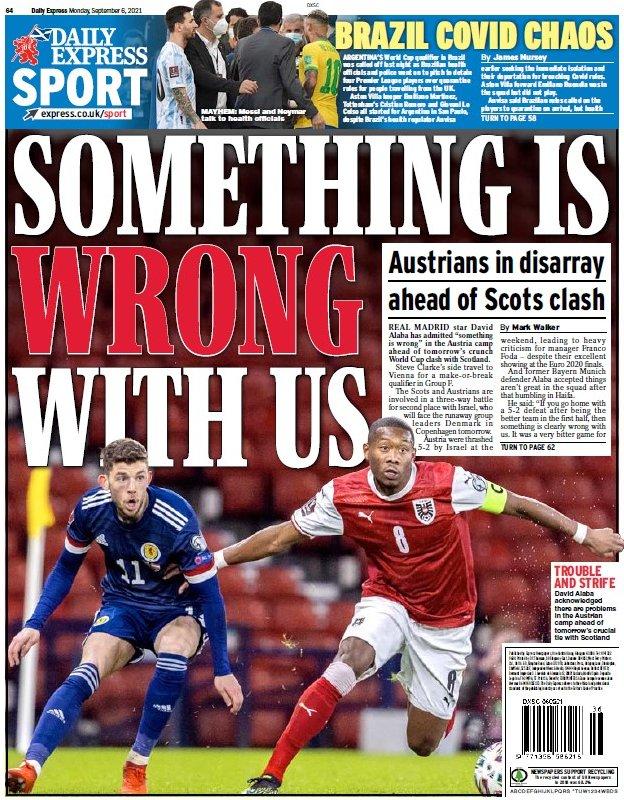 Ryan Gauld has re-affirmed his desire to break into the Scotland squad after the 25-year-old's third assist, to add to four goals, helped secure Vancouver Whitecaps a win over Austin. (Record)

The midfielder has been hailed as the 'Gauldfather' by Whitecaps supporters. (Sun) 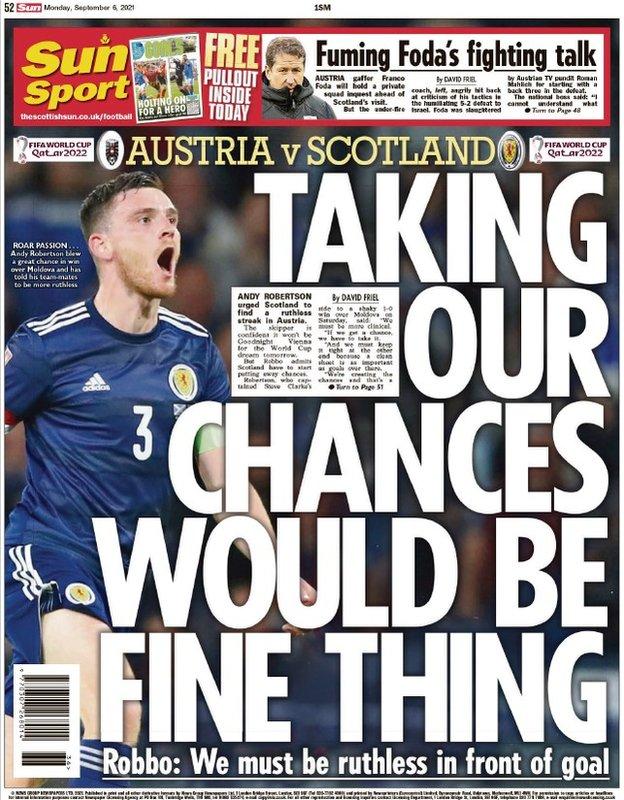 Meanwhile, Rangers captain James Tavernier is struggling to get his sense of taste back as he deals with the effects of long Covid. (Sun) 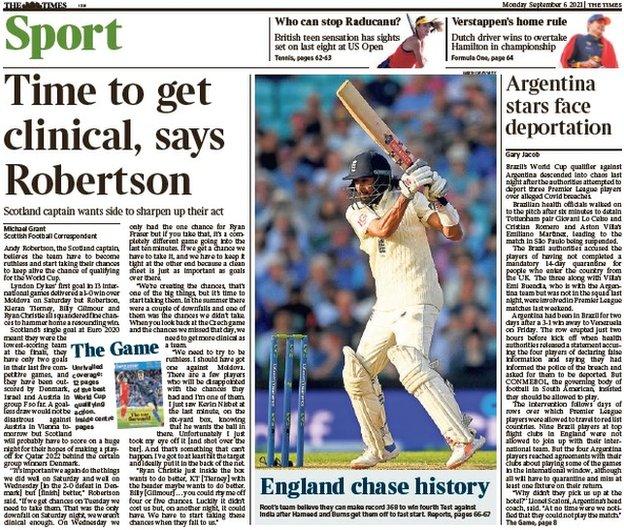 And Blackpool are expected to bid for Fuchs. (Courier, print edition) 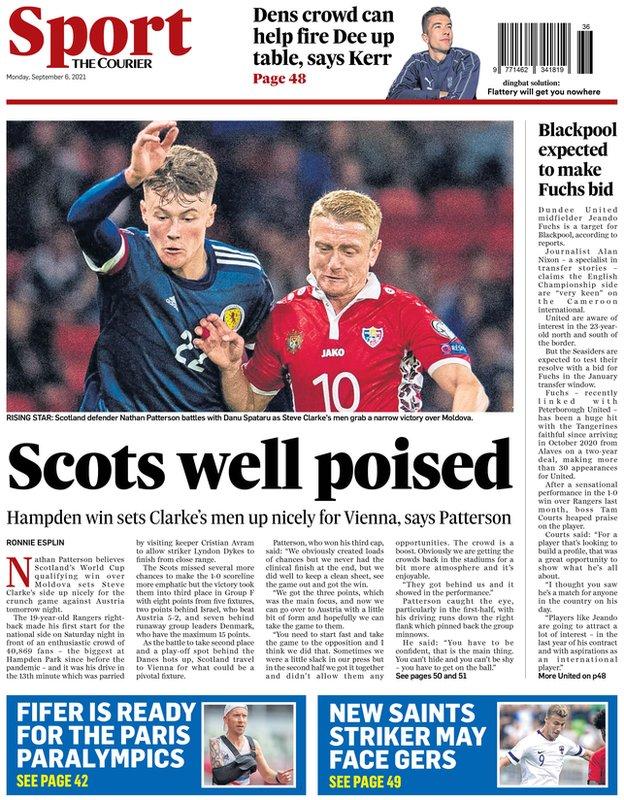