Hibernian defender Paul McGinn was not Clarke's first choice for a late call-up to the Scotland squad but the national boss insists there are no issues between him and any players. (Herald - subscription required)

Celtic right-back Anthony Ralston missed out on a Scotland call-up on medical grounds while Sheffield Wednesday's Liam Palmer cited family reasons for being unable to answer a late call-up. (Record) 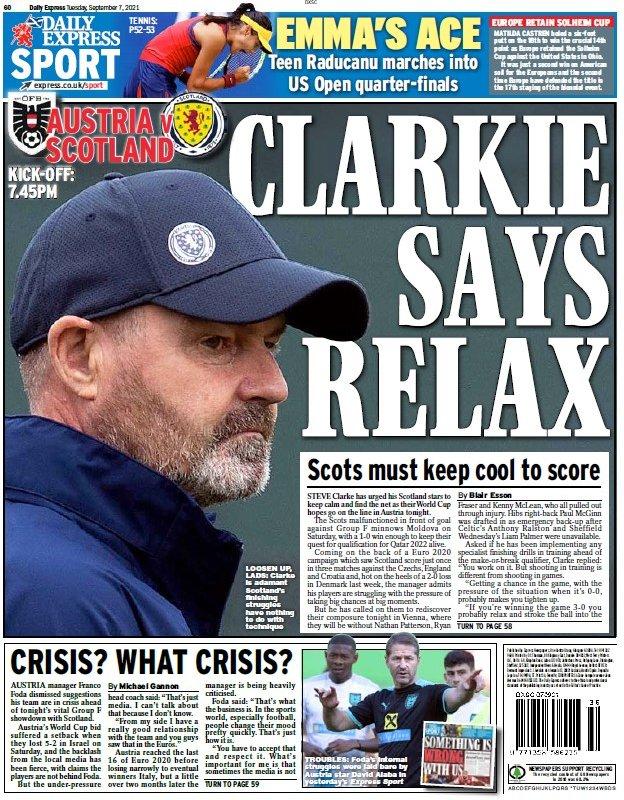 Franco Foda plays down suggestions his job as Austria coach is on the line ahead of Tuesday's World Cup qualifier against Scotland. (Herald - subscription required)

Denmark were presented with a Scotland top with 'Eriksen 10' on the back following last week's meeting of the two nations as Christian Eriksen continues his recovery from collapsing with cardiac arrest during Euro 2020. (Sun)

Inter Miami forward Lewis Morgan hopes being double vaccinated against Covid-19 can boost his chances of getting back in the Scotland squad. (Record) 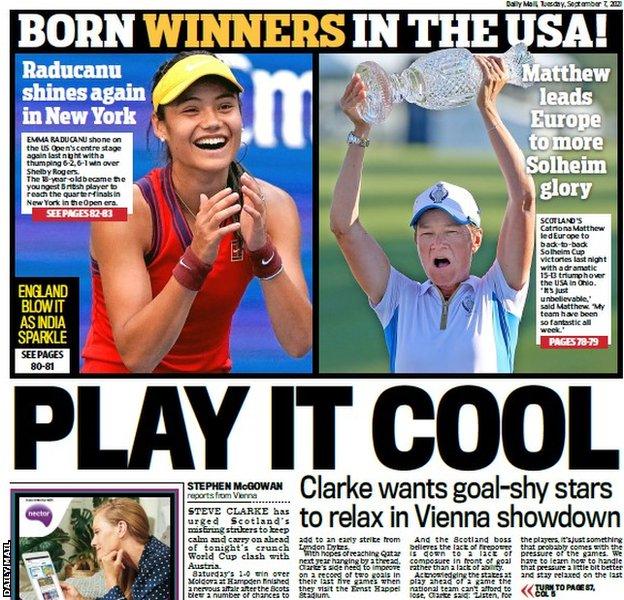 Glen Kamara insists his focus has always been on Rangers amid transfer interest in the Finland midfielder. (Sun)

New midfield signing Juninho Bacuna has been included in Rangers' Europa League squad but defender Jack Simpson has not. (Sun) 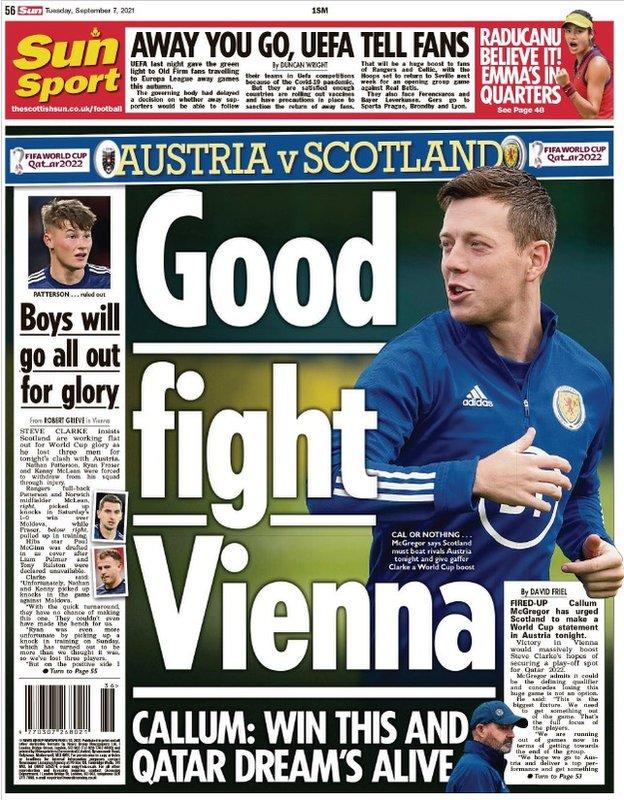 And Logan has backed his former Aberdeen team-mate Lewis Ferguson to add to his solitary Scotland cap. (Press and Journal - subscription required) 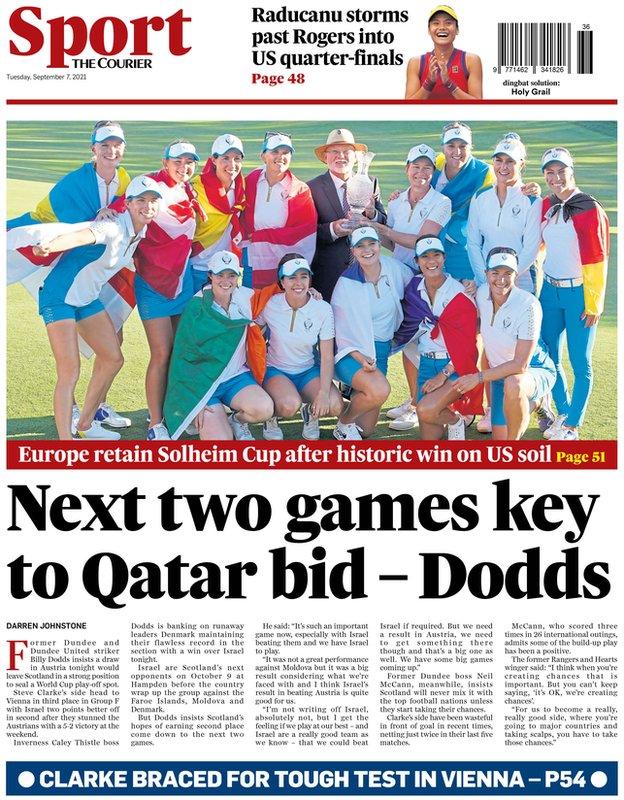