Poland snatched an injury-time equaliser to deprive England of three points in Warsaw and a sixth straight victory in their qualifying campaign for the 2022 World Cup in Qatar.

England looked on course to maintain that perfect sequence of results in European Group I and take another giant stride towards Qatar after a moment of quality from Harry Kane gave them the lead when he sent a dipping drive past Poland keeper Wojciech Szczesny with 18 minutes left.

Gareth Southgate's side had performed with commendable maturity to control Poland and a hostile crowd giving thunderous backing to their team - but it all changed one minute into four minutes of stoppage time.

England had restricted the great Poland striker Robert Lewandowski to limited opportunities but he delivered a perfect cross for substitute Damian Szymanski to rise above Luke Shaw at the far post to head past Jordan Pickford.

It was a bitter blow to England's players, who sank to their knees in disappointment, after fighting so hard but a draw does not cause too much damage and they still remain in control of their own destiny.

The Three Lions are four points clear at the top of Group I with four games remaining.

England's players were once again loudly jeered when taking the knee after the Poland fans had warmly applauded their national anthem, boos drowned out after gestures from Szczesny and Lewandowski. 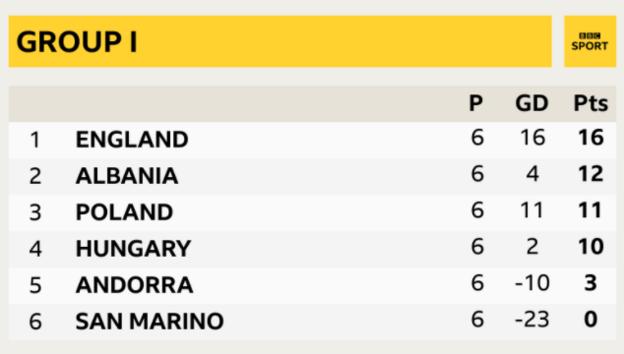 Kane had a turbulent summer, unsettled at Spurs as speculation of a move to Manchester City accompanied his every move, but he is back in the old routine for England without barely breaking his stride.

This was billed as the battle between Kane and his Poland opposite number Lewandowski but this was a game where it was possible to simply enjoy two masters of their craft at work.

Kane picked up the ball 25 yards out with 18 minutes left before proving he is ever the opportunist by flashing a dipping swerving drive beyond the deceived Szczesny.

It was his 41st goal for England, making him the country's fifth highest international goalscorer and continued an incredible record of scoring in 15 consecutive World Cup and Euro qualifiers.

He is a single-minded leader and a striker of genuine class and Southgate and England were once again grateful to that cutting edge he brings them.

Kane's strike may not have brought victory but a point is still an acceptable result despite the painful conclusion here in Warsaw.

It all went wrong for England in those chaotic final moments but until Poland's late surge they had once again shown they are developing and have not suffered too many after-effects from the Euro 2020 final loss to Italy on penalties.

Poland tested England out with their intensity and physical commitment but Southgate's side stood strong while also having to deal with a crowd of 56,212 made up entirely of home support.

Every attack and moment of encouragement sent huge roars around this superb stadium but England remained composed, apart from a half-time flashpoint when Harry Maguire and Kamil Glik were booked after the whistle after Poland's Karol Linetty appeared to pinch Kyle Walker.

It was only late on that England wobbled, Walker diving in rashly in the build-up to Poland's leveller, as the home side were rewarded for the way they stuck to their task.

This state-of-the-art Warsaw stadium is a magnificent, atmospheric arena but once again the spotlight was on the crowd after England's players suffered racist abuse during their qualifying win in Hungary.

As England's national anthem started to play, it was met with some jeers but in gestures that did them huge credit, former Arsenal keeper Szczesny appealed for those Poland fans responsible to stope while Lewandowski pointed to the "Respect" slogan on his shirt.

It had a remarkable impact as those few jeers turned into genuinely warm applause from the vast majority of the crowd throughout the anthem.

Sadly, the same did not apply when England's players took the knee, where they were once again met with a crescendo of booing.

The game itself was played out in a noisy, vibrant atmosphere and the celebrations for the equaliser were worthy of a winner - but the contrasting behaviour before kick-off will once again be under scrutiny. 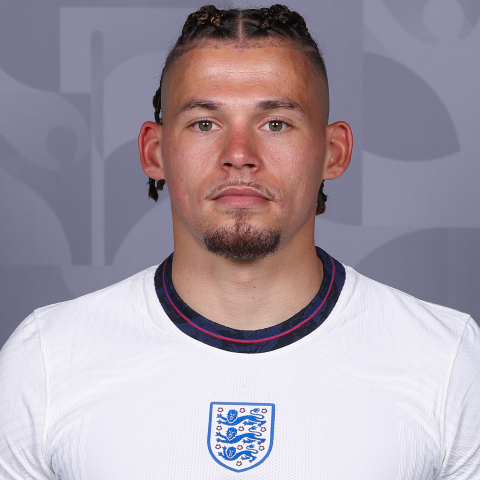