Captain Callum McGregor reckons Odsonne Edouard should be remembered as a Celtic great if the striker leaves before the transfer deadline. (Daily Record)

Benfica winger Filipe Jota is on the brink of joining Celtic and the move could run longer than just the initial loan deal, with a £7.5m option to buy next summer, according to a report in Portugal. (Daily Record) 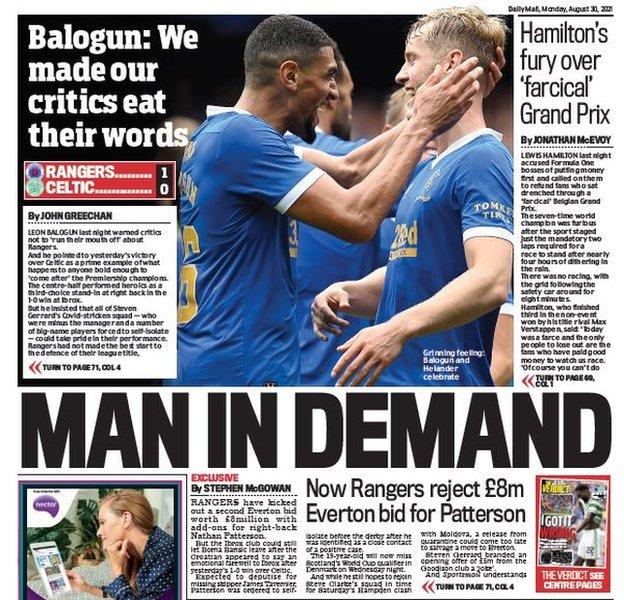 Dutch midfielder Joey Veerman has admitted defeat in his bid to leave Heerenveen this summer amid interest from Rangers. (Daily Record)

Defender Borna Barisic was emotional after Rangers' derby win over Celtic yesterday, with TV pundit and former Ibrox striker Kris Boyd speculating the Croatian may have been saying his goodbyes to fans. (Herald)

Hibernian expect to have the loan signing of Middlesbrough defender Nathan Wood, 19, completed on Monday and hope to add a few more faces to the squad before the transfer window closes on Tuesday night. (Scotsman) 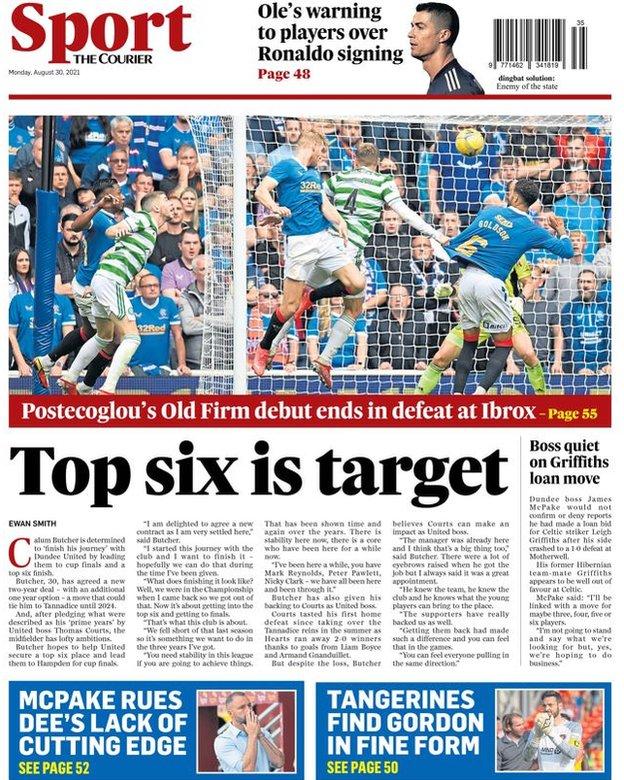