Striker Giorgos Giakoumakis is to undergo a medical at Celtic as his proposed move from VVV-Venlo nears. (HITC)

Crystal Palace have made a £15m bid for Celtic striker Odsonne Edouard.(Mail)

Ange Postecoglou will give Edouard the chance to sign off at Celtic with a derby win over Rangers on Sunday. (Sun) 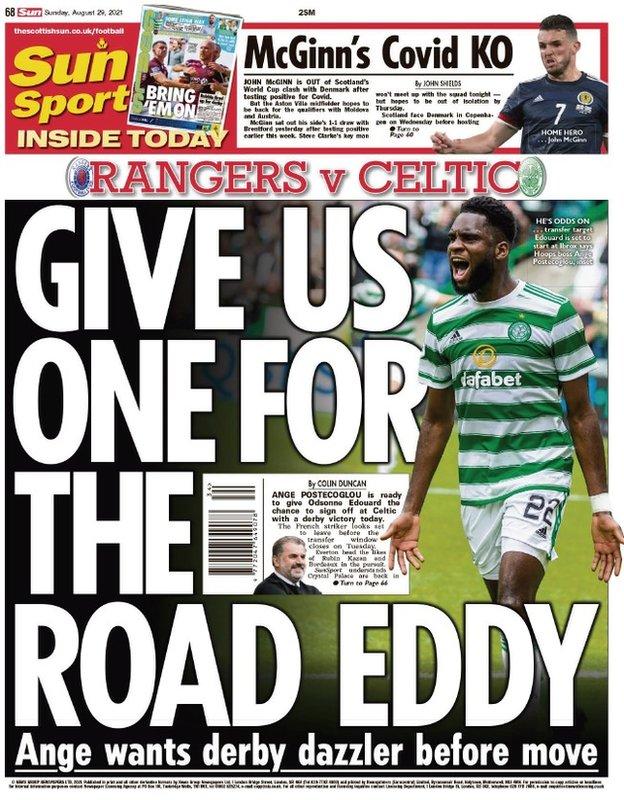 Rangers forward Fashion Sakala has indicated on social media he has recovered from injury in time to face Celtic and is set to join returning team-mates Kemar Roofe and John Lundstrum in the squad. (Record)

Right-back Josip Juranovic could make his Celtic debut against Rangers having completed a move to Scotland this week. (Herald - subscription required)

Former Celtic and Rangers striker Kenny Miller says "a big performance" in Sunday's derby could "push the button" on a move for certain players. (Record) 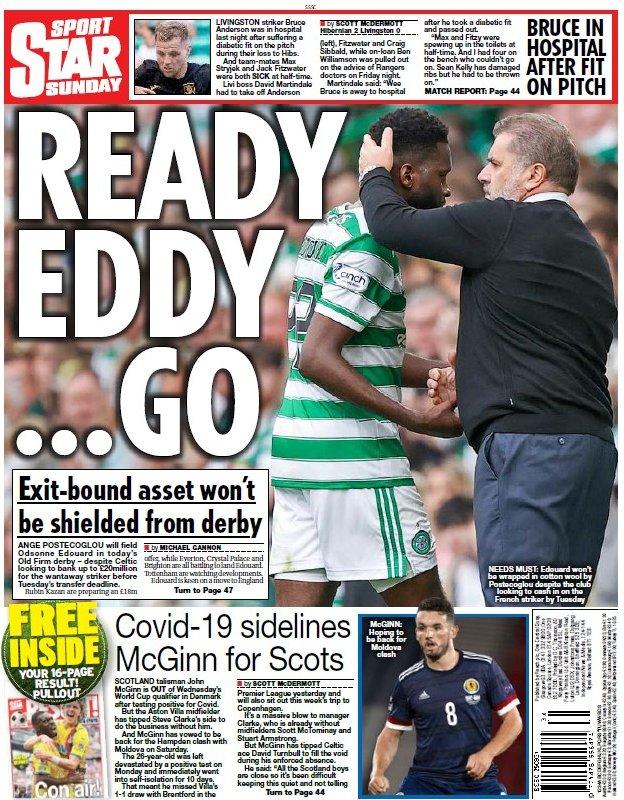 Celtic B's Lowland League meeting with Edinburgh Universtiy on Saturday was called off at the last minute due to Covid-19 issues. (Scotsman - subscription required)

John McGinn is out of Scotland's World Cup qualifier against Denmark on Wednesday. (Record)