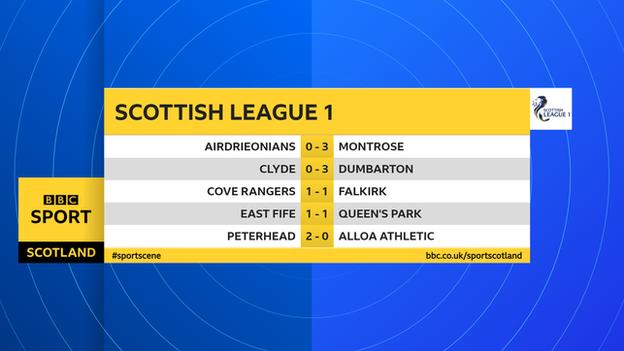 The title favourites led through Aidan Nesbitt at Cove Rangers but were pegged back by Rory McAllister's equaliser.

Promoted Queen's Park also drew 1-1 after coming from behind against hosts East Fife.

Dumbarton won 3-0 at Clyde, while Montrose did likewise at Airdrieonians, and Peterhead defeated Alloa Athletic 2-0.

A Conrad Balatoni own goal gave Dumbarton the lead at Broadwood and that was added to by efforts from Ross MacLean and Conner Duthie.

Terry Masson struck for Montrose, as did Lewis Milne, and Graham Webster completed the scoring with a penalty. 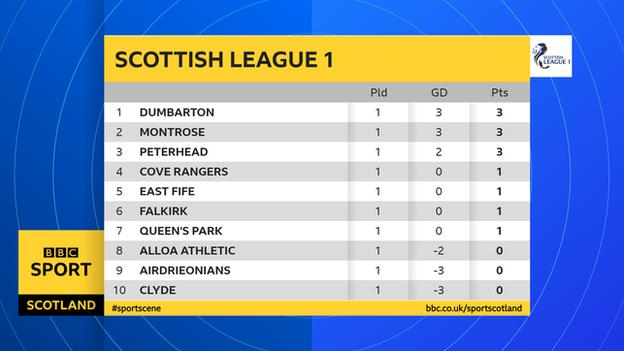