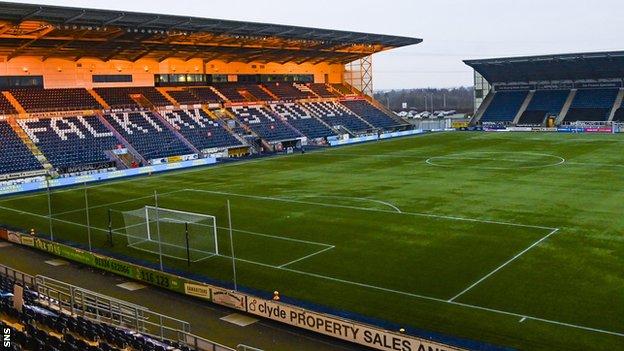 Falkirk will play Saturday's League 1 opener with Cove Rangers "under duress" after their request to postpone the tie amid a Covid outbreak was rejected.

The SPFL board confirmed on Thursday they would not delay the game.

Nine of the 14 can emerge from self isolation on Friday and the remainder on Saturday - 15 hours before kick off.

Falkirk said they "find it unacceptable" that the SPFL has not acceded to their request for a delay.

They say they have been "engaged in dialogue" for a week "on the grounds of player welfare" and that the decision "pays no respect to either the physical or mental condition of our players".

Falkirk say they have highlighted previous cases where games were called off and provided evidence, as well as alternative dates, but were "met with the threat of disciplinary action".