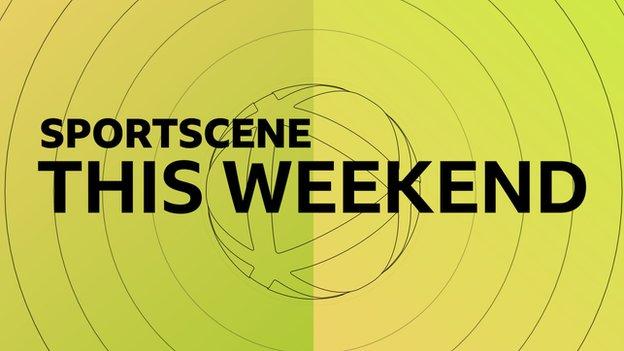 Sportscene is back this weekend with a bounty of domestic action, including one live game and two highlights shows.

And Monday's Ayrshire derby between Kilmarnock and Ayr United will be live.

You can join Leanne Crichton, Sutherland and Iwelumo for that Championship opener at 19:30 on Monday, with James McFadden on commentary duties alongside Alasdair Lamont.

There will be full radio coverage on Sportsound, with live commentaries of Rangers v Livingston and Hearts v Celtic on Saturday; Aberdeen v Dundee United and Motherwell v Hibernian on Sunday; and the Ayrshire derby.

And further live coverage will be available across the weekend on the BBC Sport website and app, with live text commentaries, report, reaction and the best of the action.