Celtic owner Dermot Desmond has taken a hands-on role in the club's transfer business this summer, with the Irishman directly involved in deals as he helps new manager Ange Postecoglou reshape the squad. (Daily Record)

Striker Leigh Griffiths - booed by some Celtic fans on Saturday - hasn't travelled with the squad for Wednesday's Champions League qualifier second leg against Midtjylland in Denmark after suffering a calf injury in training. (Sun)

Alfredo Morelos could miss Rangers' Premiership curtain-raiser against Livingston and their Champions League qualifier if the striker is not granted an extension from quarantine protocols upon his return to Scotland after Copa America duty with Colombia. (Sun)

St Johnstone have offered a deal to former Dundee and Aberdeen forward Greg Stewart, who is a free agent after leaving Rangers this summer. (Courier)

Hibs have been given 2,000 tickets for Saturday's Premiership opener at Motherwell, the first time since March 2020 that away fans can travel to a club away game. (Scotsman)

Striker Eetu Vertainen, a 14-cap Finland international, is set to sign for St Johnstone according to reports in his homeland. (Scotsman)

Aberdeen boss Stephen Glass is guarding against complacency and says it's "important we do our job right" in the second leg of their Europa Conference qualifier against Hacken on Thursday after a 5-1 first-leg win at Pittodrie. (Evening Express)

Manager Jim Goodwin has set St Mirren a top-six target this season after they missed out by goal difference last term to finish seventh, their highest final placing since 1989. (BT Sport) 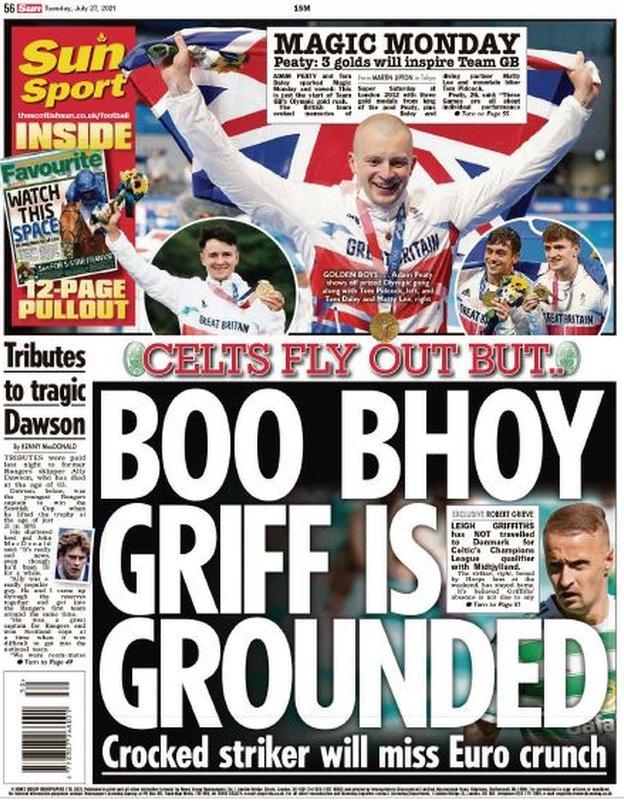 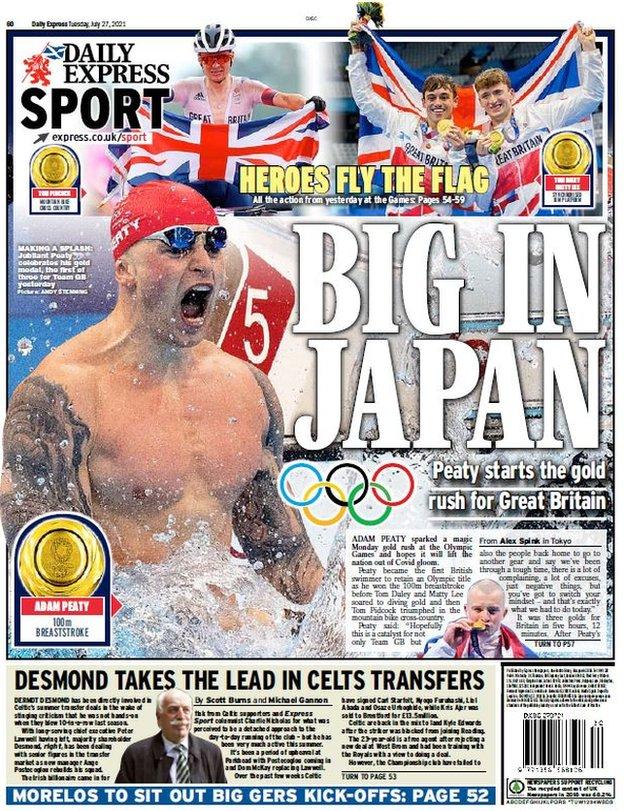 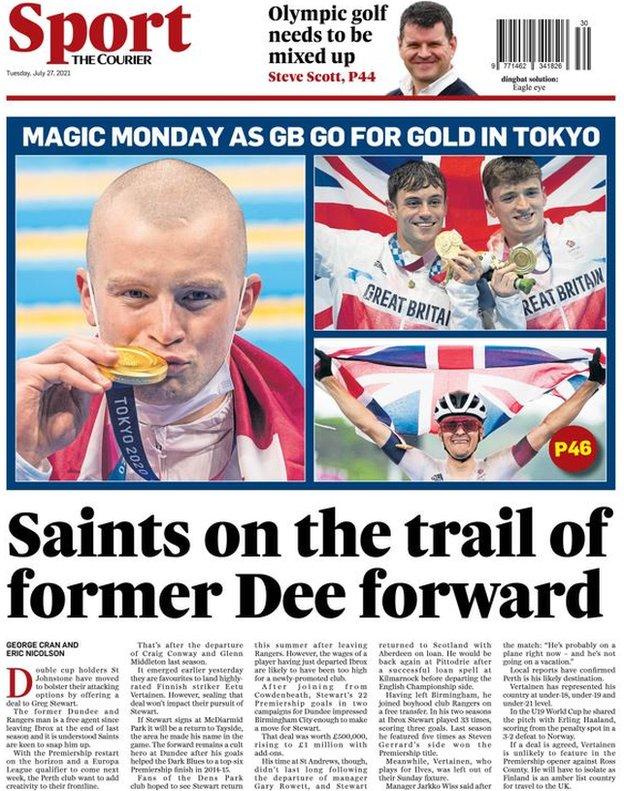