Brighton will make a £20m move for Celtic striker Odsonne Edouard after Wednesday's Champions League qualifier with FC Midtjylland, while Crystal Palace are also keen on the 23-year-old. (Daily Mail)

Celtic are also keeping tabs on Derby left-back Lee Buchanan, 20, who is on the Glasgow club's extensive list of potential targets. (Daily Record)

Celtic have fallen short by about £1m in their pursuit of Royal Antwerp defender Aurelio Buto after lodging a bid of just over £2.1m for the 24-year-old. (Ekrem Konur on Twitter)

Kristijan Lovric, the Gorica winger linked with Celtic, is a transfer target for Serie A side Hellas Verona - according to a report in Croatia. (Daily Record)

Leeds United have opened talks with Celtic over centre-half Leo Hjelde, the 18-year-old who spent the second half of last season with Ross County last campaign but has just one year left on his current deal with the Glasgow club. (Daily Mail, print edition)

Ipswich Town are poised to offer Rangers centre-half George Edmundson a permanent deal and that could gazump Derby County's hopes of taking the 24-year-old back for a second spell on loan. (Daily Record)

Charlton Athletic, Portsmouth and Sunderland are interested taking George Edmundson on loan along with Derby County, where he spent last season, but Rangers would prefer a permanent transfer and Ipswich Town are hoping to come to an agreement with the 23-year-old. (Glasgow Evening Times)

Rotherham are ready to up their offer for St Johnstone defender Shaun Rooney but threaten to walk away if the deal is not done this week. (Courier, subscription required)

Motherwell look set to snap up 32-year-old centre-half Juhani Ojala, who has 22 Finland caps but missed out on their Euro 2020 finals squad, with his contract ending with Danish club Vejle. (Daily Record, print edition)

Dunfermline Athletic are to begin talks with former Scotland midfielder Graham Dorrans, with the 34-year-old a free agent after a spell in Australia. (Courier, subscription required) 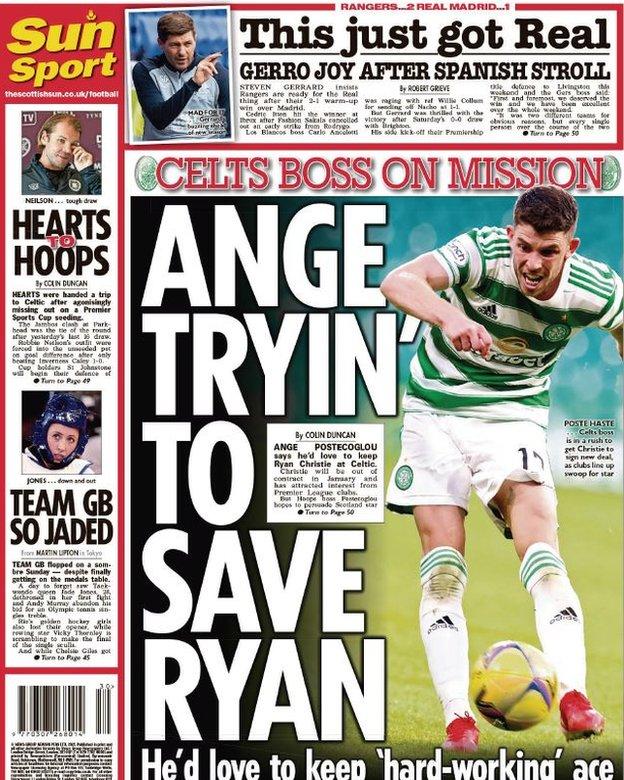 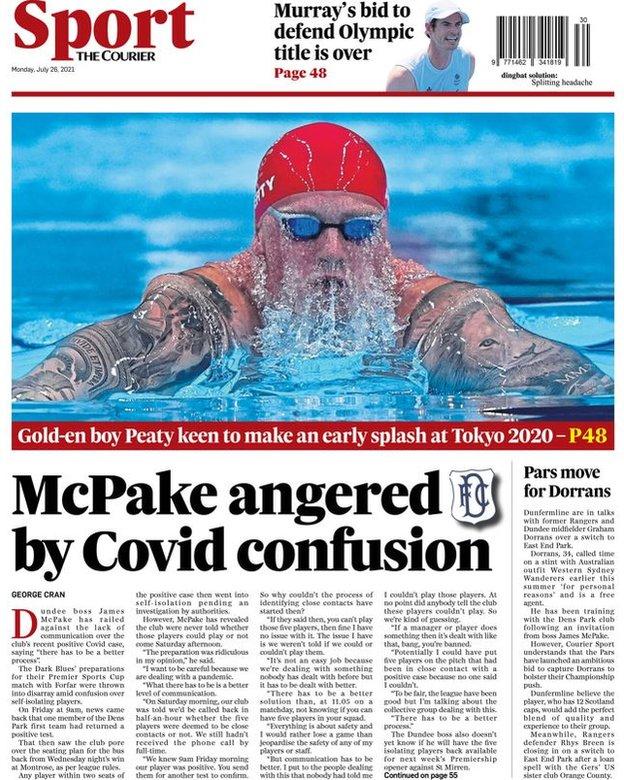