Connor Goldson has agreed to extend his Rangers stay by three years with the 28-year-old English centre-half having committed his future to the Scottish champions last week and an announcement held back until later this week. (Sunday Mail)

Alfredo Morelos appears to be no nearer a return to Rangers after international duty with Colombia, the striker having spending this weekend lending his support to another charity project in his homeland. (Sunday Post, print edition)

Rotherham United look likely to beat Motherwell and Hibernian to the signature of Hamilton Academical utility man Hakeem Odoffin, with the English club expected to return with a third offer in the next 48 hours having already had two bids rejected for the 23-year-old. (Scottish Sun On Sunday)

Celtic manager Ange Postecoglou says it is up to Leigh Griffiths alone to get the fans back on his side after the Scotland striker was booed during Saturday's 6-2 friendly defeat by West Ham United following his return to action having been cleared by police of any criminal wrongdoing over accusations of sending inappropriate messages to young girls. (Glasgow Evening Times)

Scottish FA president Rod Petrie has opened the door to a potential redevelopment of Hampden Park as part of a joint UK and Ireland bid to host the World Cup in 2030. (The Herald On Sunday)

The Scottish FA is still keen for a World Cup 2030 bid with rest of UK and Ireland despite security breaches at the Euro 2020 finals, president Rod Petrie insists. (Scotland On Sunday)

Rod Petrie insists he never considered quitting his position as Scottish FA president during the health scare that forced the 65-year-old to be temporarily replaced with Mike Mulraney last summer. (The National) 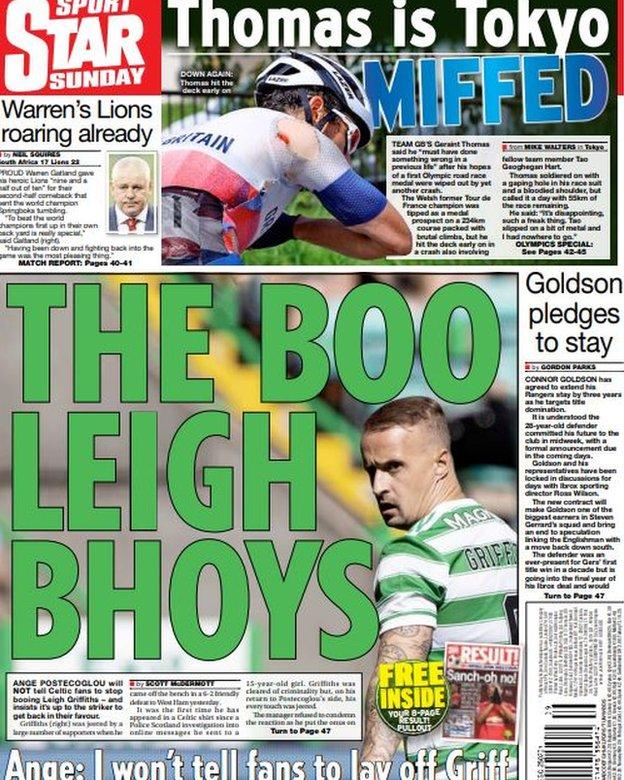 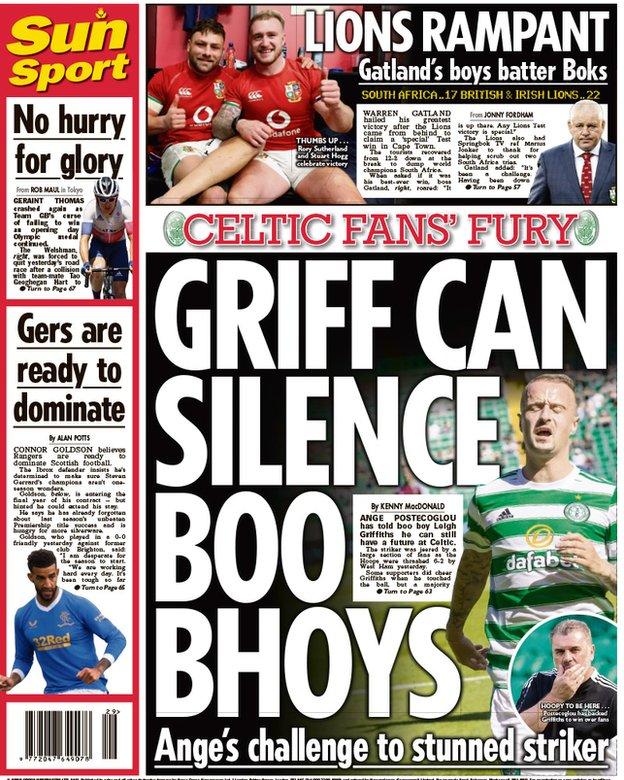