Nir Bitton has apologised to Celtic fans on Instagram and said he "lost his head" after he was sent off for Celtic against Midtjylland. (Daily Record)

New Celtic captain Callum McGregor has warned Midtjylland that the tie is not over after the first leg draw in Glasgow. (Daily Record)

Rangers have moved their flag day celebrations to September 18 instead of the opening game of the season, in the hope of more fans being present following discussions with Police Scotland and Glasgow City Council. (Sun)

Hearts say they are disappointed that they have only been granted permission to allow in 3,023 supporters to Sunday's League Cup fixture with Inverness Caledonian Thistle at Tynecastle. (Scotsman) 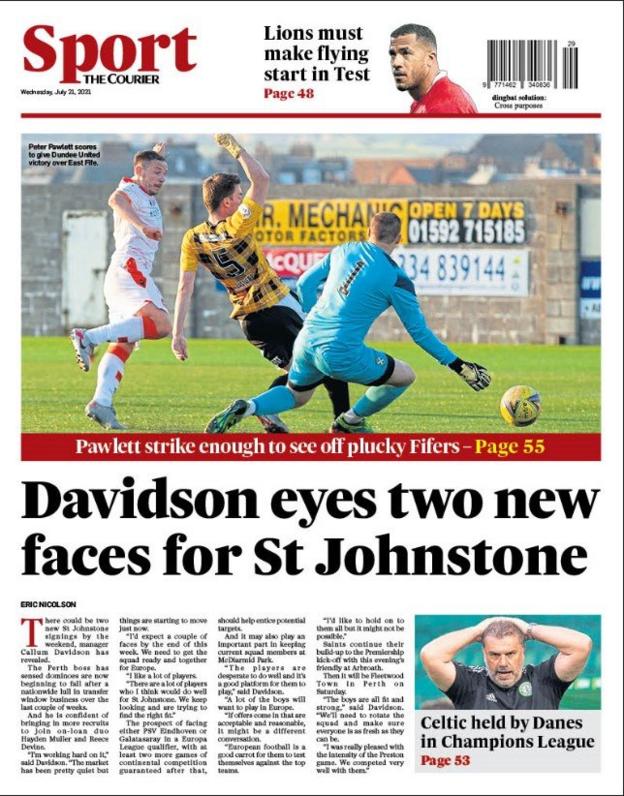 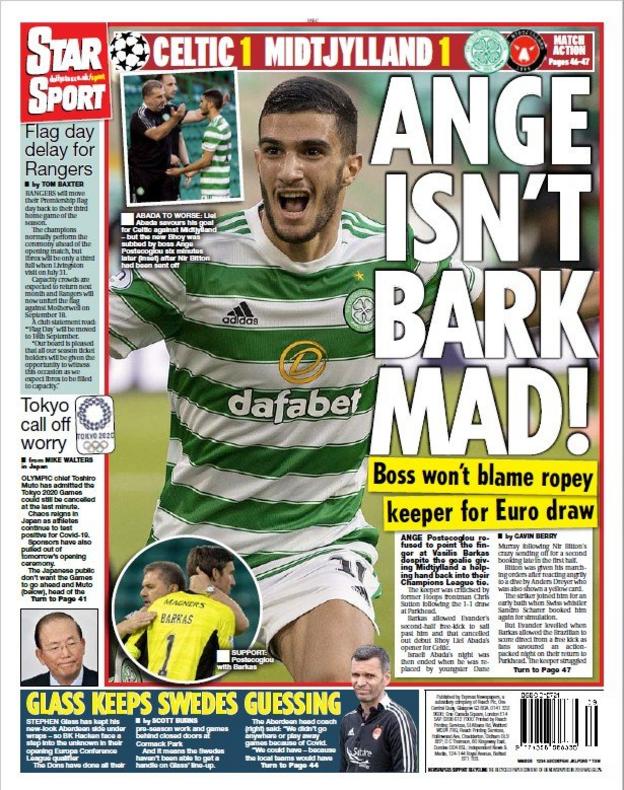