Manchester United and France midfielder Paul Pogba, Tottenham's Dele Alli and Rangers forward Kemar Roofe are in the running for Uefa's goal of the season.

Pogba's finish from outside the box for France against Switzerland at Euro 2020 is among 10 nominees for the prize.

Roofe's goal from the halfway line in a Europa League group game with Standard Liege on 22 October 2020 features.

Alli's bicycle kick against Wolfsberger in the same competition on 24 February also makes the 2020-21 list.

One female player makes the list - Bayern Munich's Sarah Zadrazil for her finish against Chelsea in the Champions League.

Only goals registered in Uefa club or international competitions between October 2020 and July 2021 were eligible for consideration.

Fans can watch all the goals and vote for the best on the Uefa website. The deadline for voting is 09:00 BST on 29 July.

A spectacular 93rd-minute overhead kick gave Porto a 1-0 win in their quarter-final second leg. It was not enough to stop Chelsea advancing 2-1 on aggregate on their way to winning the Champions League. 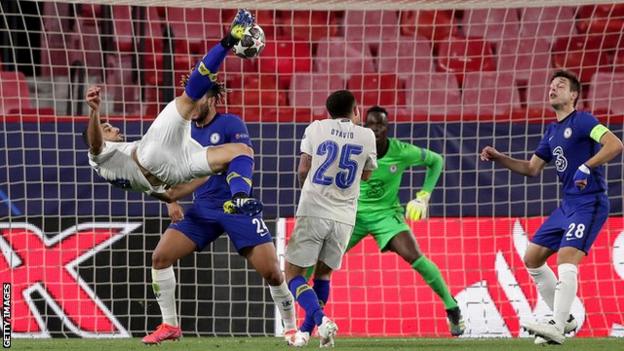 Schick had already scored to put his country ahead with a header when he sealed victory with a stunning goal from near the halfway line at Hampden Park.

An outrageous strike from the halfway line earned Roofe's side a 2-0 win in Belgium. It was scored from a distance of 54.6 yards, the furthest distance ever for a goal in the Europa League. 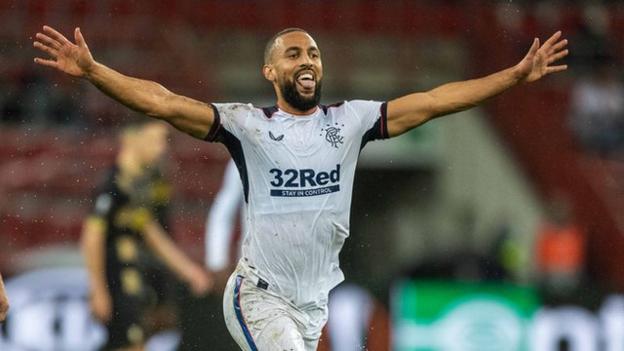 A classy low finish from the edge of the box doubled Germany's lead in their European Under-21 Championship semi-final. Germany went on to win 2-1 before beating Portugal in the final. 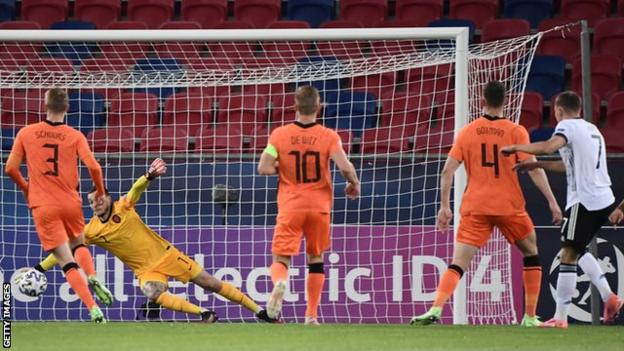 Alli scored a wonderful overhead kick as Spurs cruised into the Europa League last 16 with an 8-1 aggregate win over their Austrian opponents. 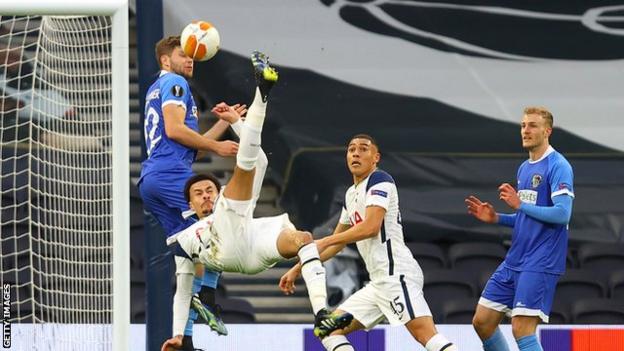 Insigne ran from the halfway line before curling in one of the goals of Euro 2020 during a run which ended with the Azzurri winning the tournament.

During a classic last-16 tie, Pogba's glorious finish from outside the box put France 3-1 ahead - but Switzerland came roaring back to 3-3, then knocked the world champions out of of Euro 2020 on penalties.

A swerving 25-yard strike via the underside of the bar. However, it was not enough to prevent Chelsea advancing to their first Women's Champions League final. 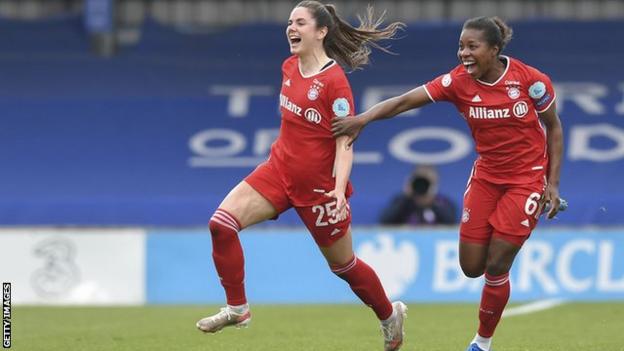 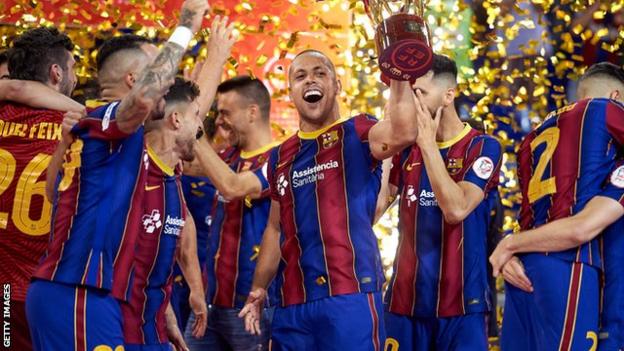 Paulinho finished off a lovely team goal in a classic group-stage match that ended 3-3. 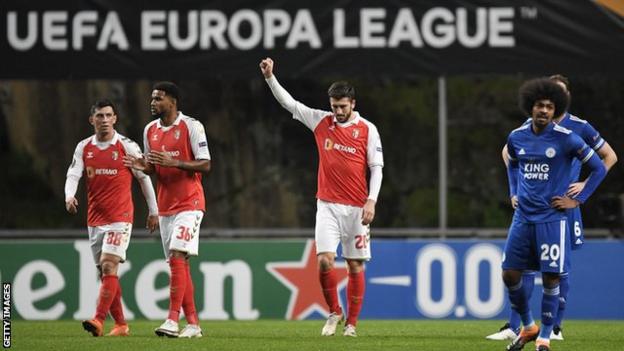