New Celtic captain Callum McGregor has warned team-mate Leigh Griffiths he is on his last chance at the club. (Sun)

Manager Ange Postecoglou says of Griffiths "the rest is up to him" after he re-joined the Celtic squad in time for Tuesday's Champions League qualifier first leg against Midtjylland. (Record)

Forward Kyogo Furuhashi has been pictured departing an airport in Japan after agreeing a ┬Ż4.6m move to Celtic from Vissel Kobe. (Sun) 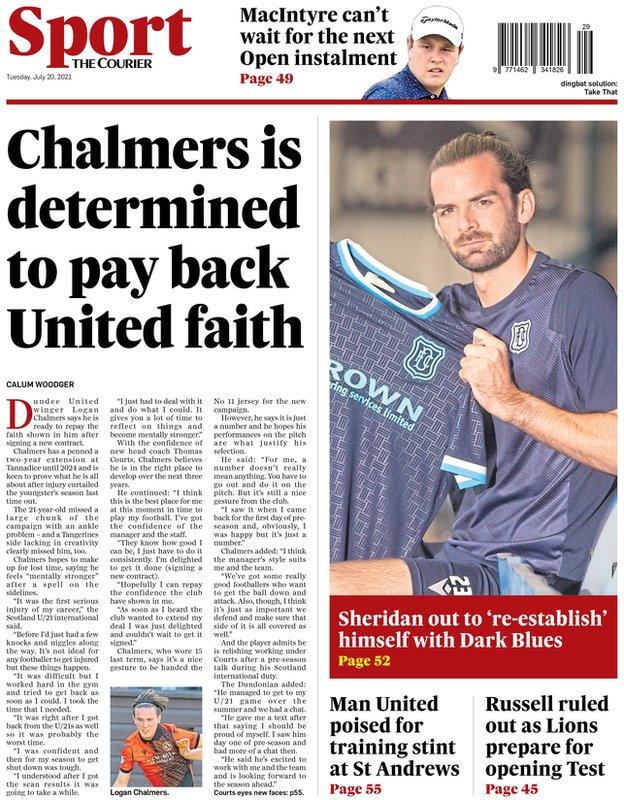 Daniel Andersson says his former Malmo team-mate Filip Helander will become the enemy if the Swedes progress past HJK Helsinki to face Rangers in next month's Champions League qualifier. (Sun) 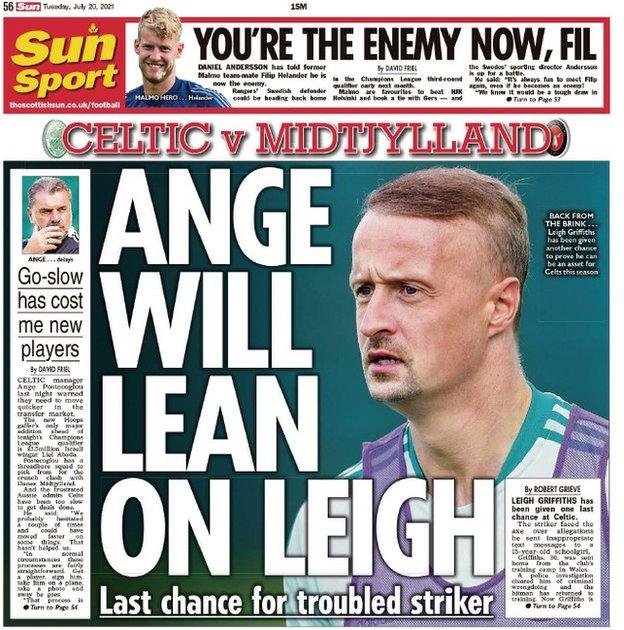 Caroline Weir is eager to win gold as part of Team GB at the Tokyo Olympics after Scotland missed out on a place at next summer's Women's European Championship. (Scotsman - subscription required)

Malawi full-back Kieran Ngwenya, 18, has signed a new deal at Aberdeen, tying him to the club until 2024. (Evening Express - subscription required) 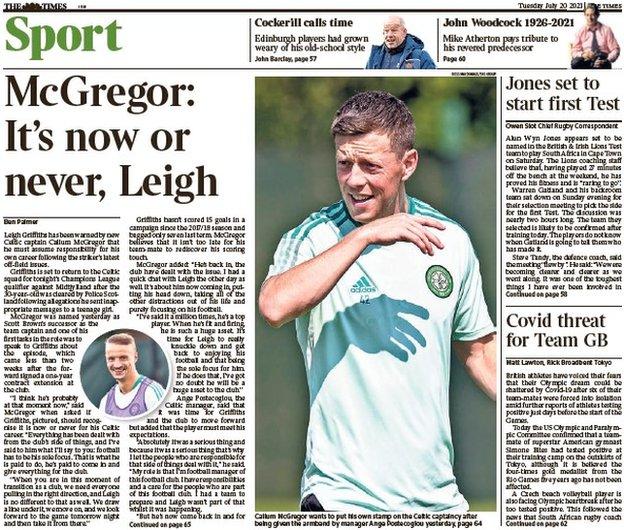 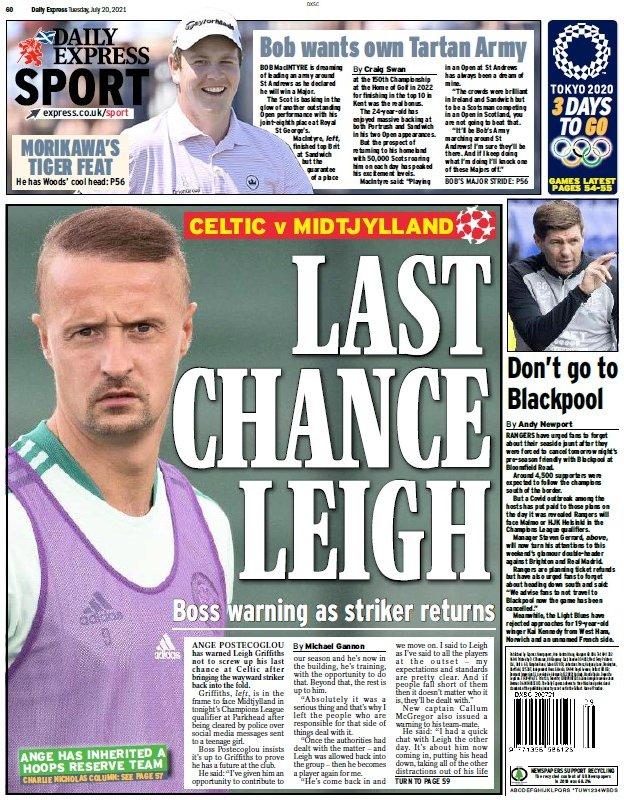