Celtic have agreed to sign Rubin Kazan's Sweden defender Carl Starfelt but are now waiting on a visa and confirmation of when he can come to Scotland under current restrictions. (Record)

Brighton will see if a deal can be done for Celtic's 23-year-old French forward Odsonne Edouard, who is in the final year of his contract. (Express)

Meanwhile, Celtic's hopes of a 10% sell-on fee from Moussa Dembele being sold by Lyon are dwindling with the striker expected to remain with the French side. (Sun)

Striker Alfredo Morelos has not asked to leave Rangers amid reports of interest from Porto. (Record) 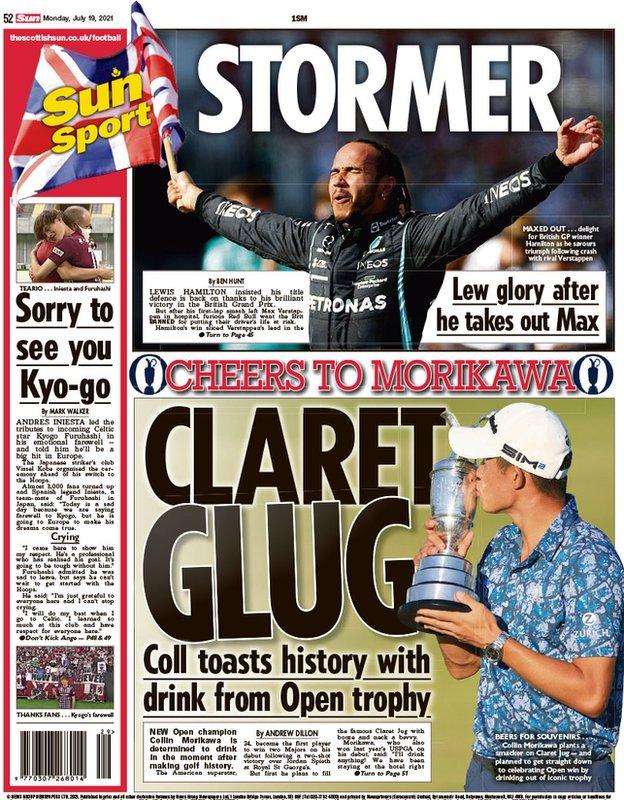 Heerenveen have received a bid for midfielder Joey Veerman, who has been linked with Rangers. (Record)

The Dutch side have refused to confirm which club have bid for Veerman. (Sun)

Celtic have omitted Kristoffer Ajer and Olivier Ntcham from their squad for the Midtjylland tie with both having been linked with moves this summer. (Sun)

Striker Sory Kaba will be left out by Midtjylland after refusing to play as he seeks a move away from the club. (Record)

Rangers have agreed to help Midtjylland by letting the Danish side use their training centre before Tuesday's first leg at Celtic Park. (Sun) 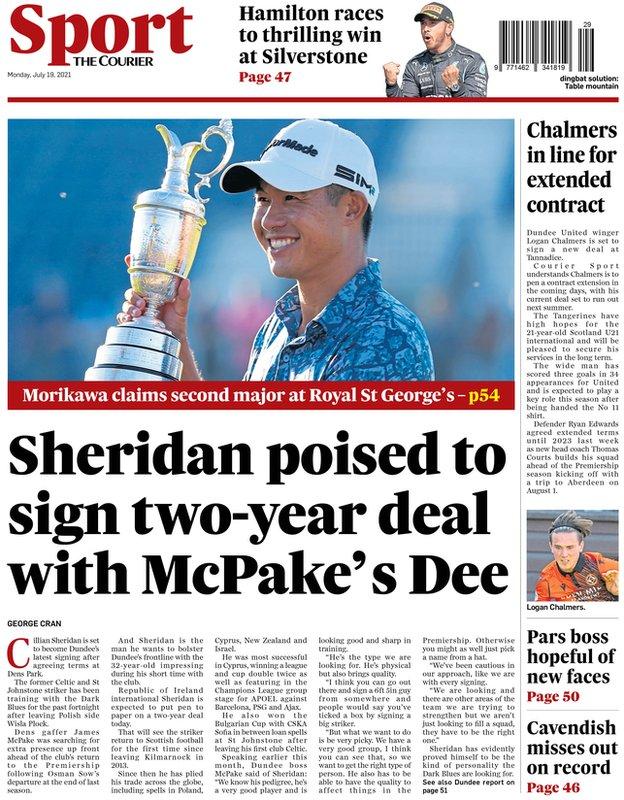 French winger Thomas Robert, the son of former Newcastle winger Laurent who was with Airdrieonians last season, is training with Burnley as the 20-year-old hopes to join their Under-23s squad. (Sun)

Ethan Ross hopes to join Southampton as a free agent but Aberdeen would receive a compensation fee for the 19-year-old winger. (Record)

Scotland's Billy Gilmour impressed for Norwich in Friday's friendly win over King's Lynn Town but Canaries coach Daniel Farke has urged fans not to put too much pressure on the on-loan Chelsea youngster. (Sun)